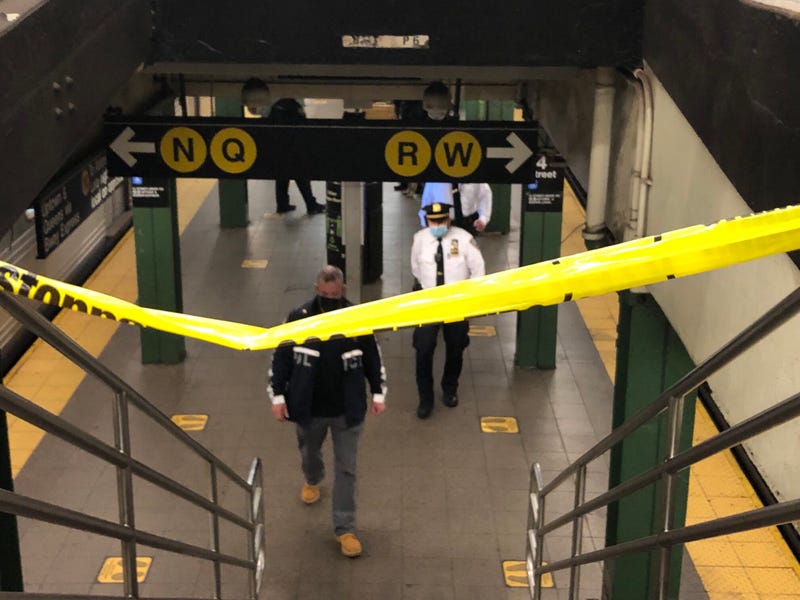 NEW YORK (1010 WINS) — A man was shot when a gunman opened fire on a crowded N train during a botched robbery at the start of Monday's evening rush hour, police said.

The train was heading north, pulling into Manhattan's Union Square station around 4:55 p.m. as the standing shooter onboard demanded the cell phone from the victim who was seated on the train, Assistant Chief Vincent Coogan said during a news conference Monday.

But the victim didn't comply quickly enough — and the shooter opened fire, striking the man in the left leg, according to Coogan.

The gunman managed to flee onto the Union Square platform and exit the station while avoiding capture, Coogan said. One passenger who witnessed the shooting and was trying to help did attempt to follow the gunman out of the train, he said.

"Our officers who responded immediately applied a tourniquet to the victim's leg," Coogan said.

The victim was then transported to Bellevue Hospital in stable condition.

Coogan stressed that the subways were generally safe and that crime has been going down from a 2020 spike.

"Things do happen. They happen very little in the subway. The subways are safe; we are down in crime this year," he said. "One thing I can say is there are way too many guns out there."

Expect emergency personnel in the area of the 14th St / Union Sq subway station as we investigate a shooting. If you witnessed this incident or anything suspicious please DM us or call @NYPDTips at 800-577-TIPS. pic.twitter.com/VZlAZYnuPA

Further details have not been released at this time.