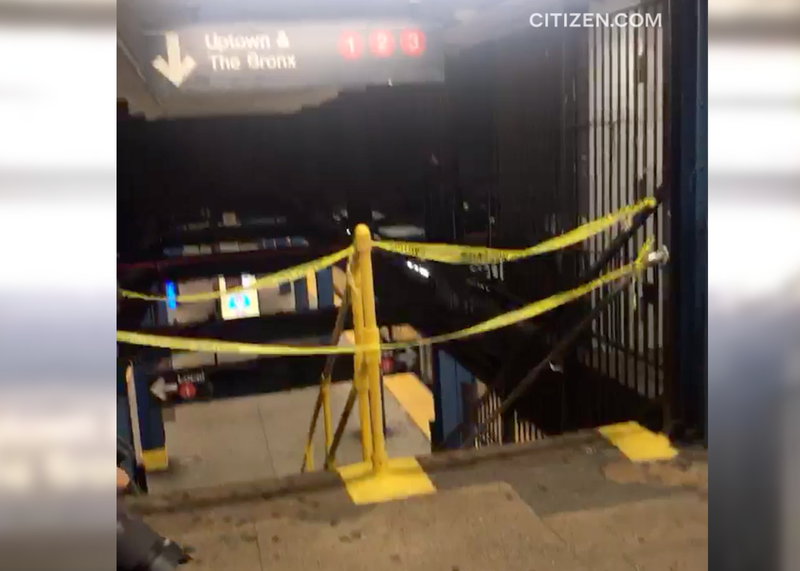 NEW YORK (1010 WINS) -- A man inside a Manhattan subway station was shot in the neck Sunday night, police said.

According to police, the 24-year-old man walked into the Lenox Health Greenwich Village at approximately 5:45 p.m. with a woman, saying he had been shot on the southbound platform of the 1, 2, 3 subway lines at 14th Street and 6th Avenue in Chelsea.

The victim was transferred from Lenox to Bellevue Hospital in grave condition.

He is expected to survive, officials said

The suspect remains on the loose and the station temporarily shut down.

Police said the incident may have been a dispute on the train that escalated.