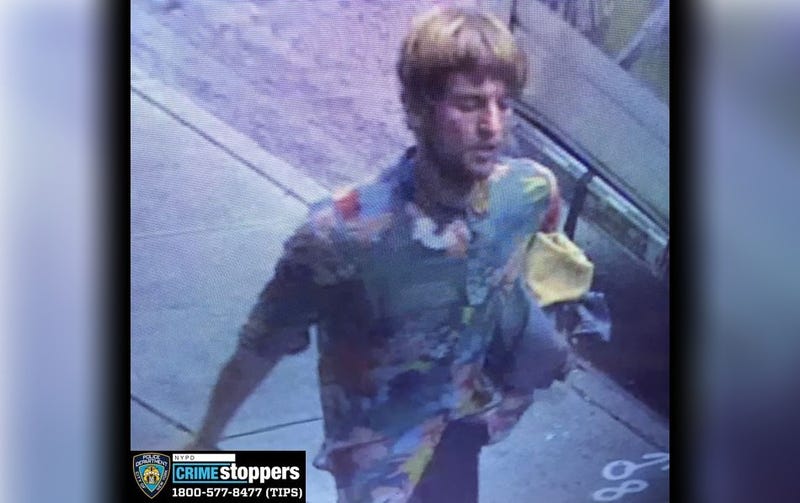 A suspect wanted by police in connection with a hate crime in Times Square. Photo credit NYPD
By WCBS 880 Newsroom

NEW YORK (WCBS 880) — The NYPD is asking for the public’s help in identifying a man in connection with an alleged hate crime in Times Square.

According to police, an unidentified man approached a 38-year-old woman at the intersection of Seventh Avenue and West 43rd Street around 3:30 p.m. on Sept. 23.

Authorities say the man immediately began using racial slurs directed towards the woman, who had no contact with the suspect prior to his harassment.

The man then threatened to stab the victim with a knife, police added. No knives were displayed, though it remains unclear if the suspect had a concealed weapon on his person.

The suspect immediately fled the scene after threatening the victim.

No injuries were reported as a result of the incident.

Police said the suspect is wanted for hate crime menacing.

Anyone with information in regard to this incident is asked to call the NYPD's Crime Stoppers Hotline at 1-800-577-TIPS (8477) or for Spanish, 1-888-57-PISTA (74782). The public can also submit their tips by logging onto the CrimeStoppers website at WWW.NYPDCRIMESTOPPERS.COM, on Twitter @NYPDTips.