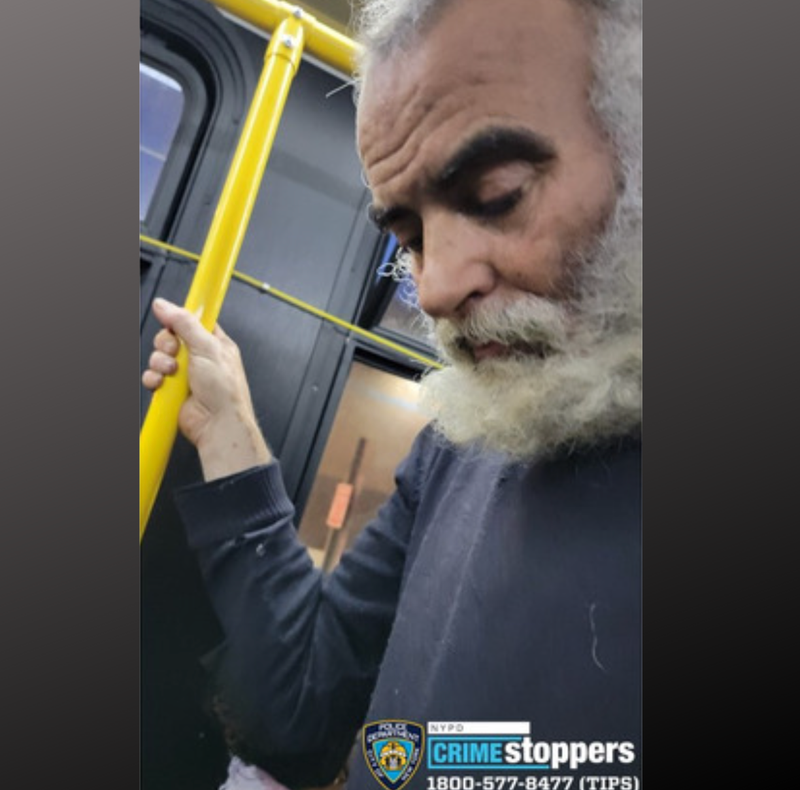 NEW YORK (1010 WINS) — Police are searching for a man accused of groping a teenager and exposing himself on an MTA bus in the Bronx last week, authorities said.

The incident happened at approximately 5 p.m. on Monday, November 22, on a BX15 MTA bus in the vicinity of 173 Street and 3rd Avenue in the Claremont neighborhood.

According to officials, the suspect approached a 15-year-old girl and proceeded to touch her thigh repeatedly while exposing his penis.

The suspect then fled the bus.

There were no injuries reported as a result of this incident.