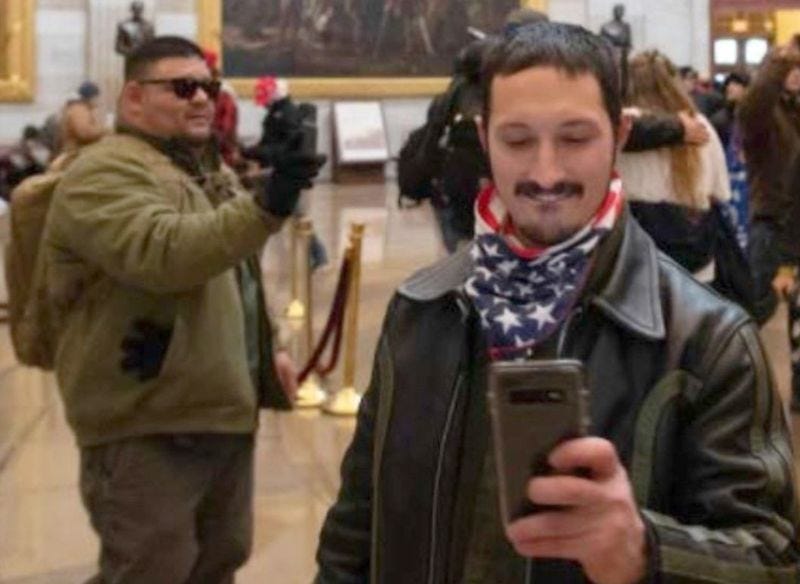 A Capitol rioter believed to be Will Pepe, right. Photo credit D.C. Police
By 1010 WINS Newsroom

NEW YORK (1010 WINS) -- A Metro-North employee who was suspended after he called out sick to head to Washington last week to join a pro-Trump mob's siege on the U.S. Capitol, was taken into FBI custody in the Hudson Valley Tuesday, ABC News reported.

Will Pepe, who works at Metro-North’s Brewster rail yard, was taken into custody at his home in Beacon in Dutchess County. Beacon is located about 70 miles north of New York City.

He will appear in federal court in White Plains, according to ABC News.

Pepe “will be disciplined in accordance with [Metro-North’s] collective bargaining agreement pending an investigation,” the agency said earlier this week.

“This alleged conduct is abhorrent and goes against the values of Metro-North, New York and the nation,” the agency added.

Pepe was among the Trump supporters who breached barriers at the Capitol and entered the building on Wednesday in an attempt to stop the election certification process, the outlet reported.