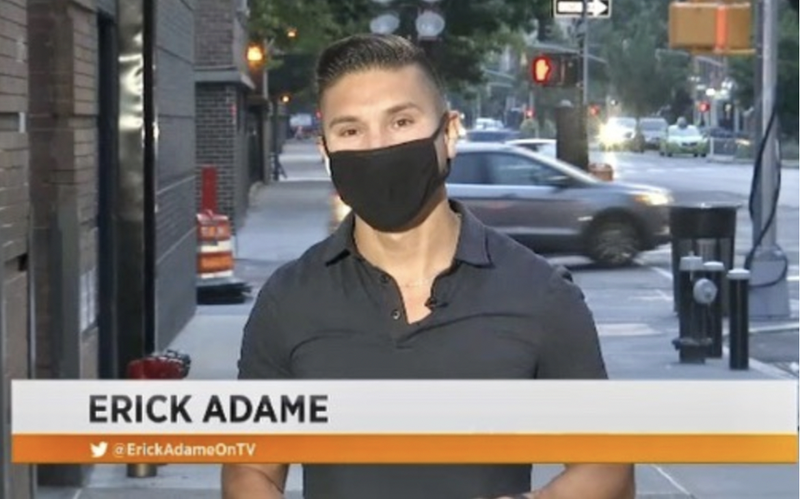 NEW YORK (1010 WINS) — Former Spectrum News NY1 meteorologist Erick Adame may have just been fired from the network for appearing nude on a webcam site, but he’s already got another $250,000 job offer.

“You’d provide the weather - just like you have for more than a decade and a half - to our global audience and maybe a few private shows too,” Vice President of CamSoda Daryn Parker wrote in the letter to Adame. “We have a flourishing LGBTQIA+ community at CamSoda and I’m sure many would love to get their daily weather report from you.” 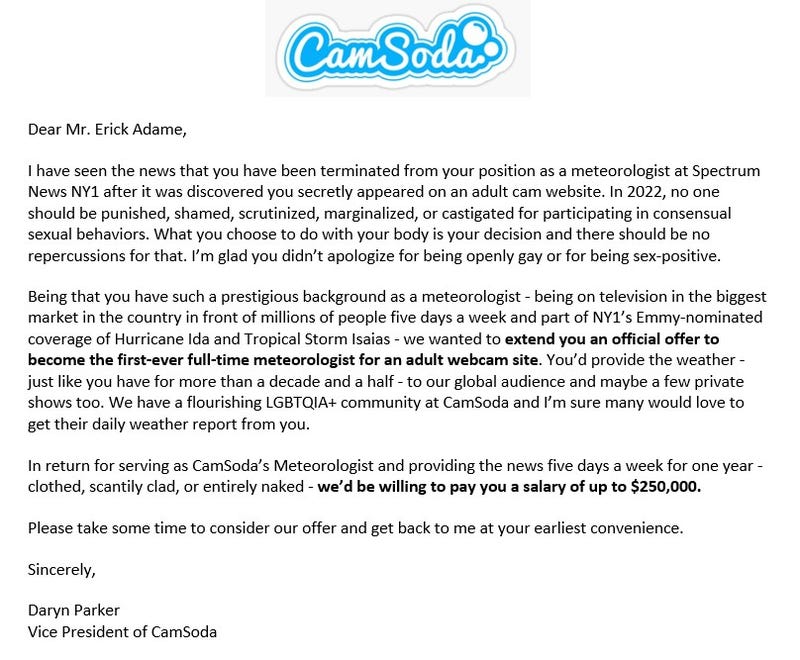 Adame would be the only person known to hold the title across the adult webcam industry and Parker added that he would be able to give his weather report “clothed, scantily clad, or entirely naked.”

“In 2022, no one should be punished, shamed, scrutinized, marginalized, or castigated for participating in consensual sexual behaviors,” Parker wrote. “What you choose to do with your body is your decision and there should be no repercussions for that. I’m glad you didn’t apologize for being openly gay or for being sex-positive.”

On Monday, Adame announced on Instagram that he was fired from NY1 after more than 15 years after photos of him participating in a consensual videocam session were leaked to his mom and employer. He also filed documents in court Monday to get the website to reveal the name of the person who took the photos so he can sue them.

“On this site, I acted out my compulsive behaviors, while at home, by performing on camera for other men,” Adame said in the post. “It was 100% consensual on both of our parts. I wasn’t paid for this, and it was absurd of me to think I could keep this private.” NY1 meteorologist fired after nude webcam appearances: 'I acted out my compulsive behaviors' 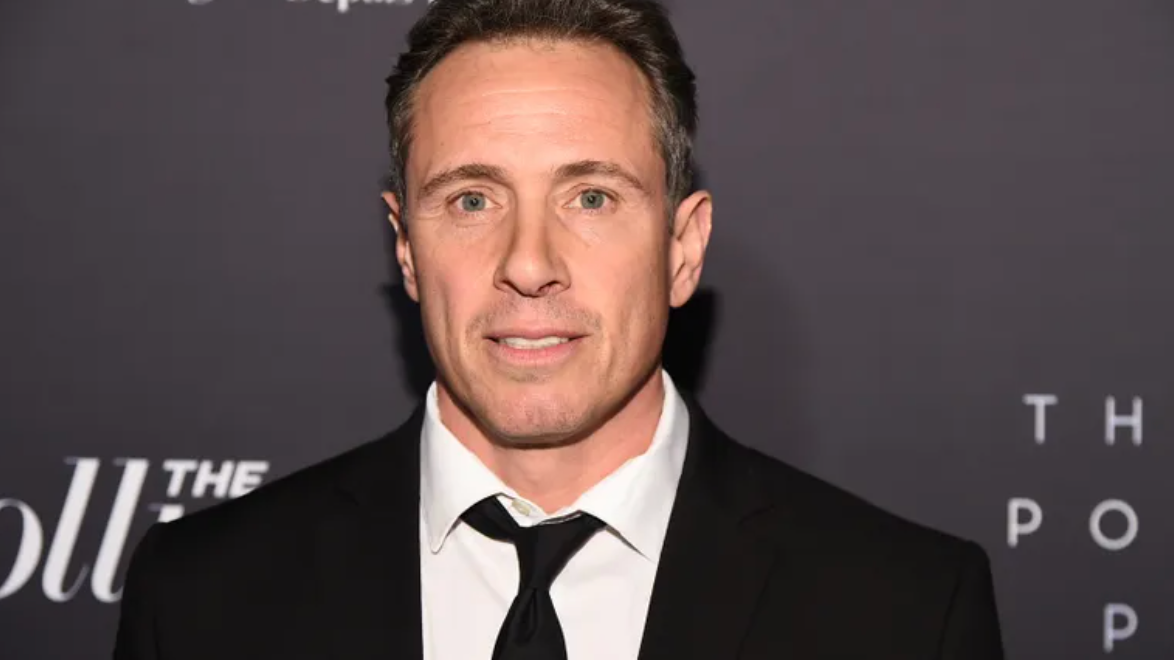