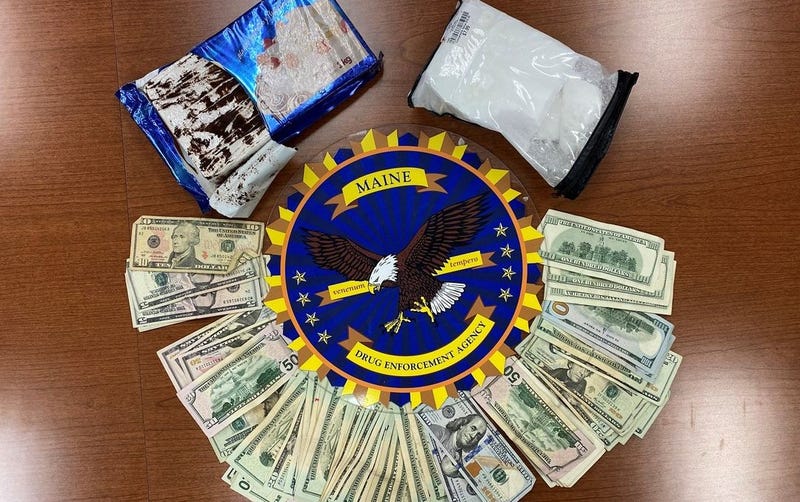 GARDINER, Maine (WCBS 880) — A New York City man and a Maine woman were busted Tuesday with more than four pounds of cocaine, some of which was disguised as a cake, inside their vehicle, authorities said.

Maine Drug Enforcement Agency officials say John Cedeno, of New York City, and Chelsy Cochran, of Winslow, Maine, were arrested in Gardiner along I-295 after authorities discovered “a significant amount of cocaine in their vehicle.”

Authorities had recently opened an investigation into 25-year-old Cedeno, who had previously been charged in 2015 with aggravated drug trafficking relating to the sale of heroin in the state. He had served a four-year prison sentence as a result of that incident.

Information from an anonymous source this week led agents to believe Cedeno and 33-year-old Cochran would be transporting drugs into Maine in an Audi this week, the MDEA said.

Authorities spotted and stopped the car as it was traveling on the highway and a Maine State Police K9 unit conducted a search of the car.

According to officials, agents uncovered over four pounds (two kilograms) of cocaine in the vehicle’s trunk.

Some of the drugs were packaged in a cellophane wrapper to disguise the cocaine as a marble cake, according to police. The “cake” was also dusted with coffee grounds in attempt to cover the scent.

Authorities said the street value of the cocaine seized is $200,000.

Also discovered in the vehicle was approximately $1,900 in cash, officials said.

Cedeno and Cochran were charged with aggravated trafficking in schedule W drug. Bail was set Tuesday at $750,000 for Cedeno and $50,000 for Cochran.