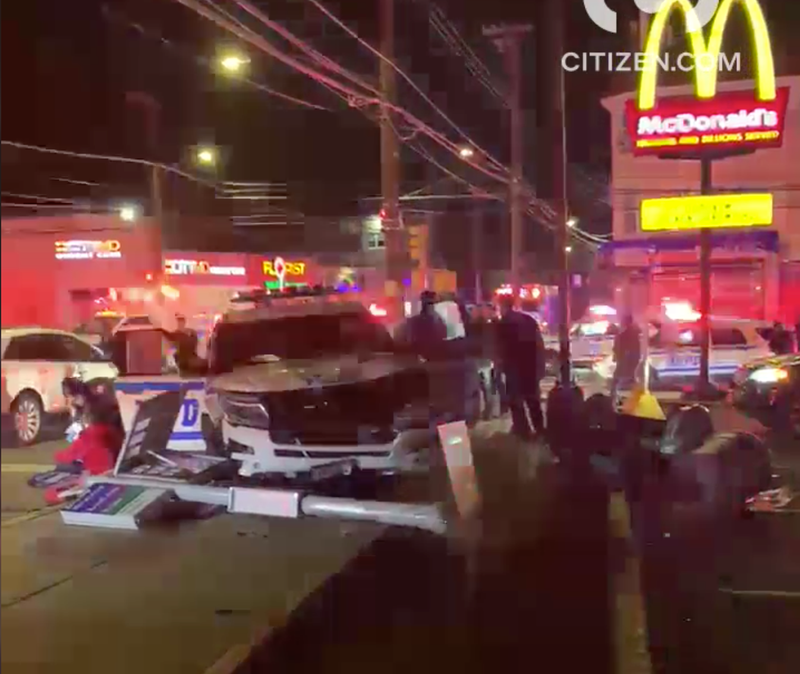 NEW YORK (1010 WINS) — A 72-year-old woman was struck by an NYPD vehicle that hopped a curb during a crash involving two other vehicles late Sunday night in Staten Island, police said.

The woman was hit while standing at the bus stop in front of a McDonald's restaurant at Broadway and Forest Avenue in the West area at approximately 11:15 p.m.

The NYPD SUV was responding to an incident in the area when it struck a livery cab at the intersection, according to officials.

The cab then struck another vehicle causing the police SUV to jump a curb, striking the pedestrian, authoriteis said.

The woman suffered a lower leg injury, according to police.

Another person was hospitalized with serious, non-life-threatening injuries, the FDNY said.

No passengers in the vehicles involved in the crash suffered serious injuries. and four people were taken to an area hospital with minor injuries, the NYPD said.

As of early Monday, an investigation into the crash remains ongoing.