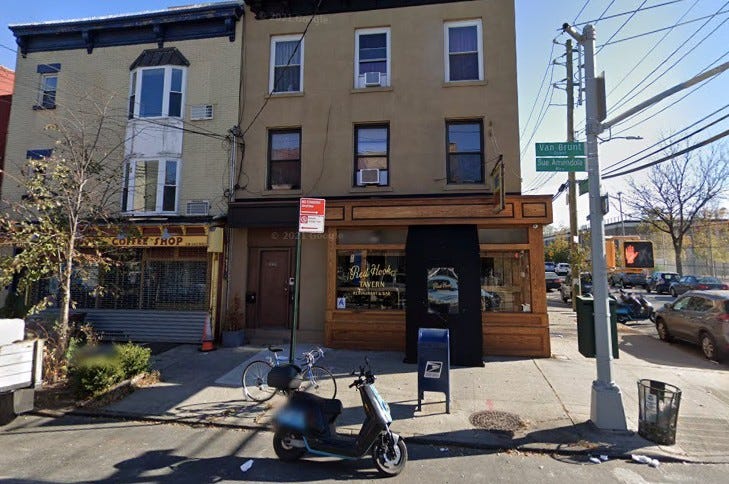 NEW YORK (1010 WINS) -- A Brooklyn restaurant fired a waitress after she told her managers she planned to hold off on getting a COVID-19 vaccine, according to reports.

The Red Hook Tavern earlier this month informed its employees that they would be required to get vaccinated, unless they had health or disability issues that prevented them from doing so, NBC News reported.

Then-waitress Bonnie Jacobson emailed her managers to let them know she planned to delay getting vaccinated, citing concerns about the lack of research surrounding the vaccine, fertility and pregnancy.

“While I fully support the vaccine and understand its importance, I do believe this is a very personal choice. I really hope this choice would not affect my employment at Red Hook Tavern,” she wrote in the email, according to the outlet. “Also once there is more research to support that it does not affect fertility, I would reconsider my position.”

The restaurant fired her two days later, despite her manager’s initial support of her stance, the outlet reported.

“I do support the vaccine. I’m not, as they say, an anti-vaxxer,” Jacobson told the outlet.

“My husband and I just got married, and were planning on starting to try to have children in August,” she explained in an interview with NBC New York. “It’s already been postponed. I would hate for something to happen and me get the vaccine and we have to hold off a few more years.”

Employment attorney Felicia Ennis told NBC New York companies can legally fire employees for refusing to get vaccinated, but must “really be able to show why that particular person is going to pose a significant, or they call it a direct, threat.”

“This particular subject is a really hot topic right now,” she told the outlet. “I haven’t heard of a company taking that extreme of a step.”

In a statement provided to both outlets, Red Hook Tavern owner Billy Durney said the restaurant “made a decision that we thought would best protect everyone,” adding that “no one had faced these challenges before.”

“Once New York state allowed restaurant workers to receive the COVID-19 vaccine, we thought this was the perfect opportunity to put a plan in place to keep our team and guests safe,” he wrote.

“And, we now realize that we need to update our policy so it’s clear to our team how the process workers and what we can do to support them,” he added. “We’re making those changes immediately.”