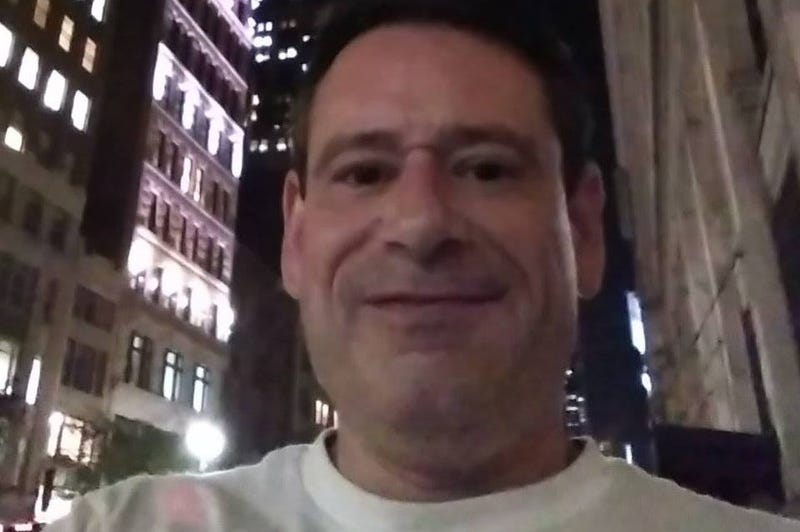 NEW YORK (1010 WINS) -- A Staten Island man who called on his social media followers to throw pipe bombs at protesters, shoot Democrats celebrating the results of the presidential election and help him blow up the FBI's headquarters has been arrested, prosecutors said Tuesday.

Brian Maiorana, 54, was arrested at his home on Staten Island Tuesday morning, the U.S. Attorney’s Office for the Eastern District of New York said in a release.

Maiorana first started posting threats to social media this past September, according to a criminal complaint filed against him on Tuesday.

“It’s come to the point where pipe bombs need to be thrown into these mobs of potentially non-violent violent protesters,” Maiorana wrote around Oct. 19, the complaint says.

Around Election Day, Maiorana posted that the “carnage needs to come in the form of extermination of anyone that claims to be a Democrat… as well as their family members,” according to the complaint.

On Nov. 8, meanwhile, the Staten Island resident called on his social media followers to help him “blow up the FBI building for real” in a post that targeted Jewish people and people of color, the complaint charges.

“As the Jew Senator from Jew York said, nothing is off the table," Maiorana allegedly wrote, in an apparent reference to Sen. Chuck Schumer.

"The Turner Diaries must come to life,” he added, referencing a racist, anti-Semitic tract from the 1970s that is popular with white nationalist and neo-Nazi groups and inspired the Oklahoma City bombing, among other attacks, the complaint says.

Maiorana also allegedly posted that the election was “fraudulently stolen from us.”

“All right thinking people need to hit the streets while these scumbags are celebrating and start blowing them away,” he wrote around Nov. 8, according to the complaint.

Maiorana is currently barred from owning guns or ammunition, as he was convicted of statutory sexual assault in Pennsylvania in 2007 and is registered as a Level 1 Sex Offender in New York state, prosecutors said.

When the FBI obtained a search warrant and searched his apartment, however, they found a semiautomatic gun and ammunition inside, according to prosecutors.

Maiorana could face up to five years in prison if he is convicted, the attorney’s office said.

“The Department of Justice will not stand idly by when people like the defendant allegedly threaten to kill elected officials, lawful protesters and law enforcement simply because of animus towards the outcome of an election," Acting U.S. Attorney Seth DuCharme said in a statement.

"Americans have a constitutional right to voice their opinions, but this office will not tolerate violence or threats of violence used to intimidate others with whom they disagree,” he added.

Maiorana's attorney on Tuesday declined to comment on the charges he is facing.