The amazing feat was broadcast live on ABC’s “Live with Kelly and Ryan.” 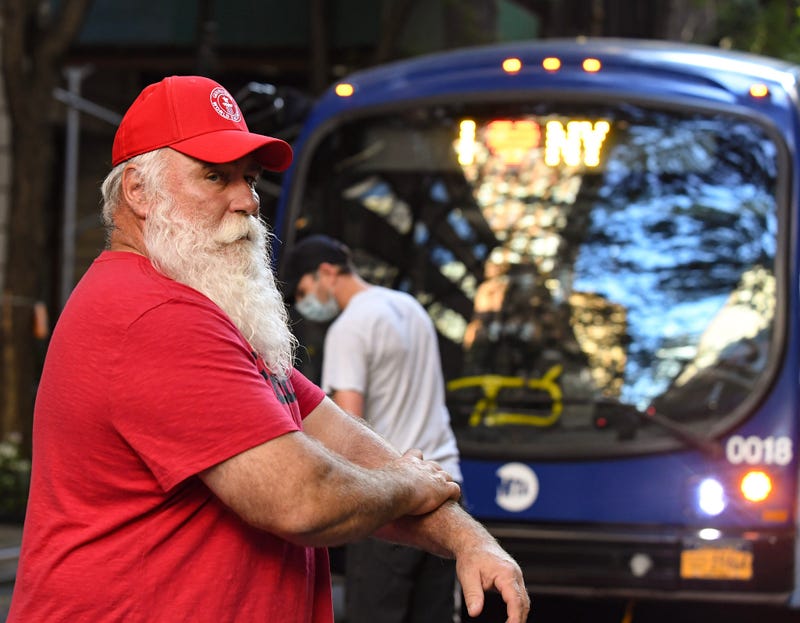 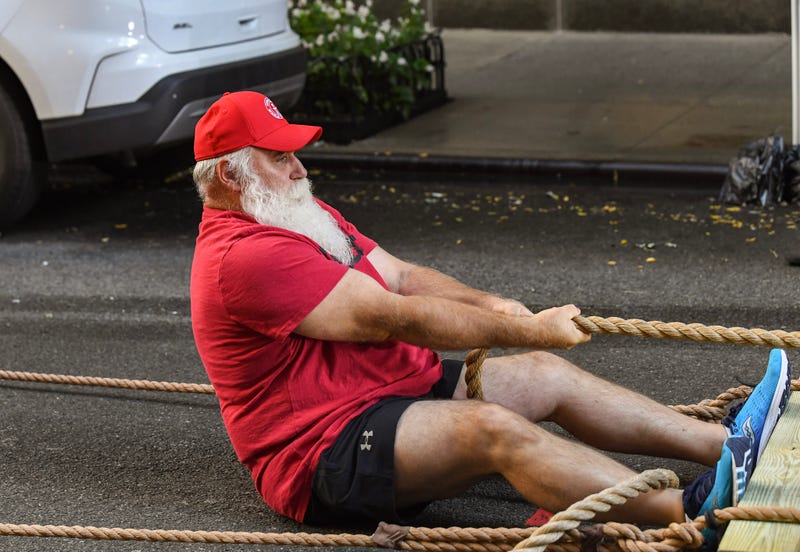 “We are happy to partner with 'Live with Kelly and Ryan' and Kevin Fast by providing one of our all-electric buses for his successful record-breaking attempt,” said New York City Transit Interim President Craig Cipriano. “Our heartfelt congratulations go out to him on his daring achievement. This new world record shines a spotlight on our efforts to be the greenest and most environmentally-conscious transit system in the greatest city in the world.”

“We are excited to be part of a historic Guinness World Records attempt to pull the heaviest vehicle by the upper body and congratulate Kevin Fast on his exciting achievement,” said Acting President at the MTA Bus Company and Senior Vice President at New York City Transit's Department of Buses Frank Annicaro. “Having one of our all-electric, clean energy buses pulled on a national stage gives us an exciting opportunity to showcase the MTA’s continued commitment to deliver a modern, sustainable, and reliable bus system that New Yorkers deserve, while protecting our environment." 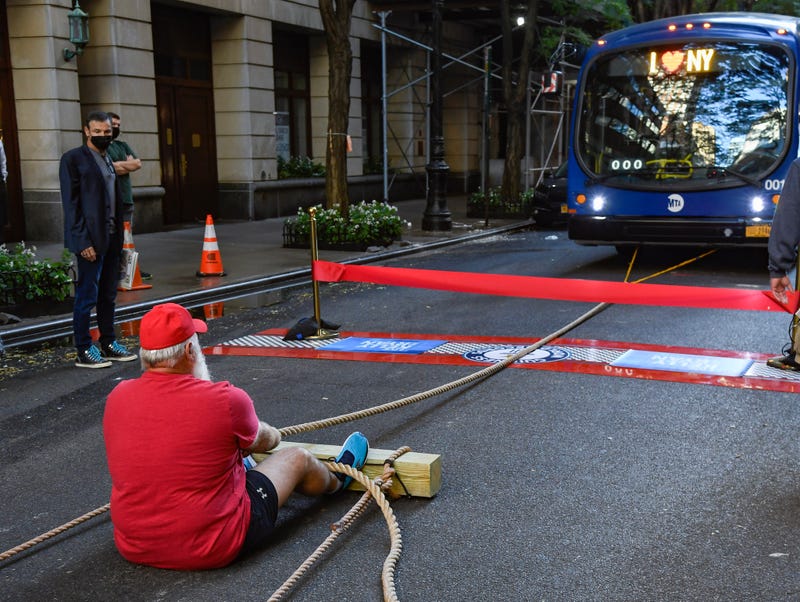 The MTA runs 5,872 buses on 327 routes in the five borough – including 73 express routes and 20 Select Bus Service routes — making up the largest municipal fleet in the country.

According to the agency, Fast has broken more than 30 world records, including pulling a 208-ton airplane, a 63-ton truck and a 40-ton house.

The Canadian strongman also serves his community as a pastor and competes professionally in “highland style” games in North America.

Fast donates any winnings he receives to charities.