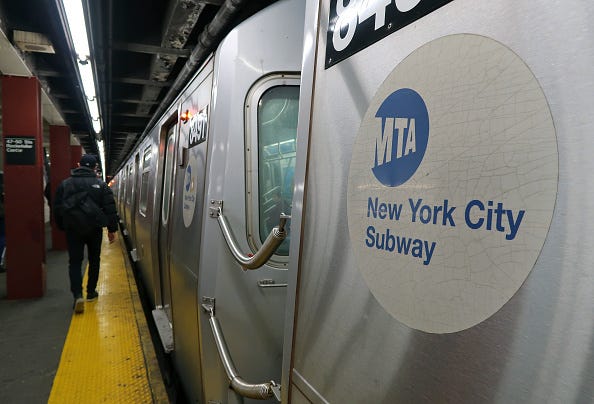 "This defendant allegedly stole more than $100,000 in taxpayer money by claiming he was disabled while simultaneously - and outrageously - holding down a series of law enforcement jobs in other states," Gonzalez said. "We will now seek to bring him to justice and recover the funds that he fraudulently received."

According to investigators, Seminerio, received notification that he would be terminated on Dec. 8, 2015 for disciplinary charges related to his operation of the trains.

That same day, Seminerio sought Workers’ Compensation benefits after claims he had been injured during his shift the day before.

Between October 2016 and August 2019 officials allege Seminerio periodically signed documents, as required by NYC Transit, falsely certifying that he was not employed in any capacity, including a Daily Activity Questionnaire submitted with his medical exams, and an endorsement on the Workers' Compensation checks he received.

The "scam artist suddenly suffered a convenient 'injury,' when faced with imminent termination as an MTA subway conductor yet was fit enough to relocate to other states and hold a series of law enforcement jobs," MTA Inspector General Pokorny said.

"All the while he was double-dipping - collecting a salary as a corrections officer and other positions of authority, while lining his pockets with disability payments funded by New York's taxpayers, as alleged in the indictment," Pokorny added.

Officials said that from October 2016 to January 2020, he allegedly held other salaried law enforcement positions in other states, including work as a corrections officer for Monroe County, Pennsylvania, the Florida Department of Corrections and the Glades County, Florida Sheriff's Office and as an Enforcement Specialist for the Lee County, Florida Board of County Commissioners.

Seminerio allegedly racked up approximately $114,000 as a result of the fraud,.

The MTA Inspector General was alerted to the fraud by NYC Transit's Special Investigation Unit during an internal review of Workers' Compensation cases and suspended his payments in August 2019.

NYCT Interim President Feinberg said, "NYC Transit has zero tolerance for fraud and will seek full restitution in this and any case where it is perpetrated."

Seminerio was released and ordered to return to court on November 17, 2020.