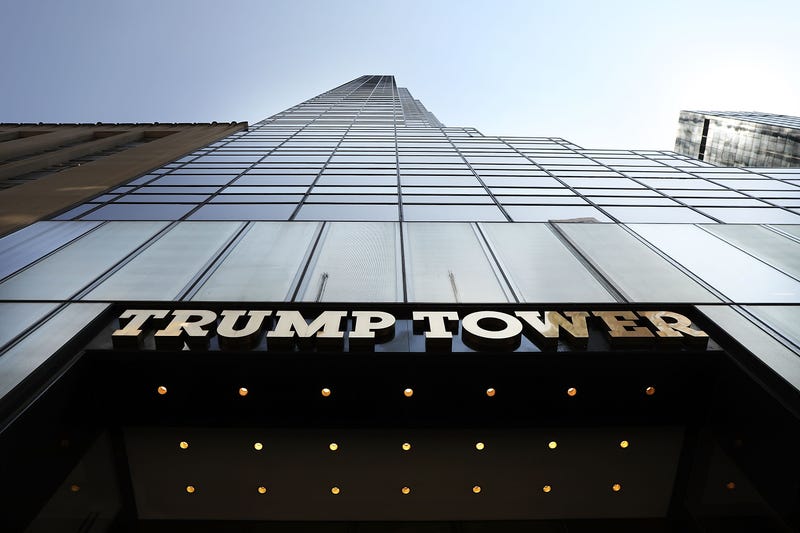 Sources told the Wall Street Journal that the company’s chief financial officer, Allen Weisselberg, is also expected to be charged, with the defendants expected to appear in court Thursday.

Neither Weisselberg nor his lawyers have responded to the investigation or charges, according to the report. 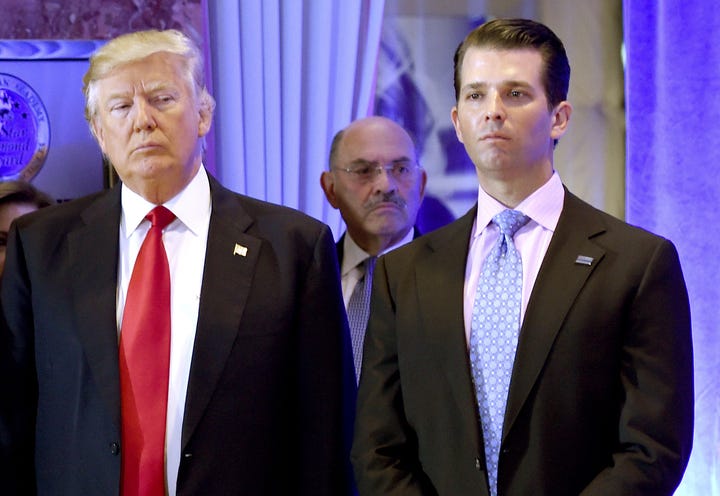 File photo: US President-elect Donald Trump along with his son Donald, Jr., arrive for a press conference at Trump Tower in New York, as Allen Weisselberg (C), chief financial officer of The Trump, looks on January 11, 2017. Photo credit TIMOTHY A. CLARY/AFP via Getty Images

Donald Trump isn't expected to be charged, his lawyer told the paper.

It comes a day after lawyers for the Trump Organization met with prosecutors Monday in a last bid to forestall a potential indictment stemming from a long-running investigation into the former president’s company.

In recent months, investigators in District Attorney Cyrus Vance Jr.'s office have focused on fringe benefits the company gave to top executives, such as use of apartments, cars and school tuition.

Trump issued a blistering statement in which he derided Vance's office as “rude, nasty, and totally biased in the way they are treating lawyers, representatives, and some of the wonderful long-term employees and people within the Trump Organization.”

“After hundreds of subpoenas, over 3 million pages of documents, 4 years of searching, dozens and dozens of interviews, and millions of dollars of taxpayer funds wasted, they continue to be ‘in search of a crime,’" Trump alleged, calling the investigation a “continuation of the greatest Witch Hunt of all time.”