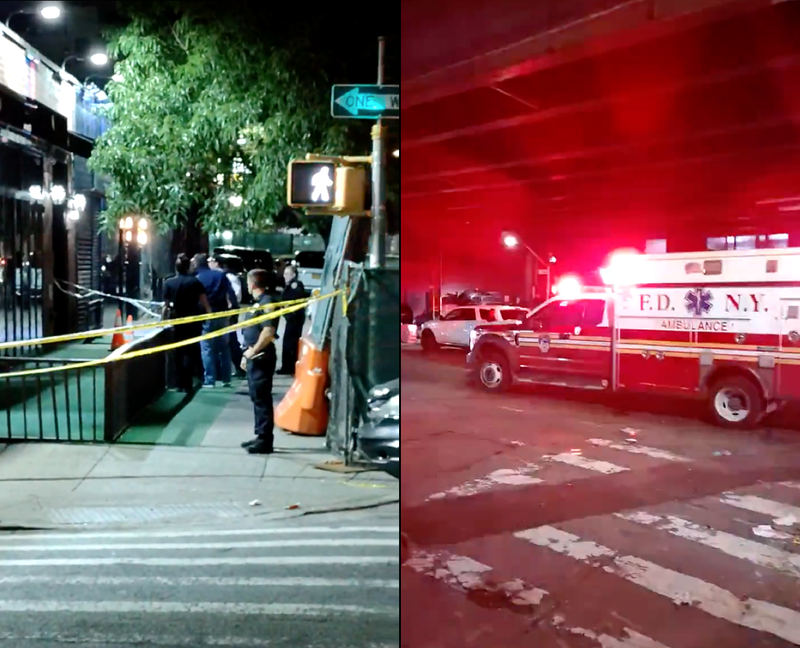 NEW YORK (1010 WINS) – Five people were wounded in an upper Manhattan shooting on Monday morning, including a suspected gunman who was shot by police after firing on the others, police said.

A group of men was involved in some sort of verbal dispute outside the 11:11 Restaurant and Lounge in Inwood before the shooting, NYPD Chief of Patrol Juanita Holmes said at a morning press conference.

Uniformed officers in the area saw security appearing to defuse the situation, and the group walked away to the corner of 10th Avenue and W. 211th Street, police said.

Watch as @NYPDChiefPatrol gives and update on this mornings police-involved shooting in the Bronx. pic.twitter.com/i2TavuuQIi

A short time later, gunfire erupted at the intersection. The officers took cover and returned fire, and the suspected gunman was struck in the hip.