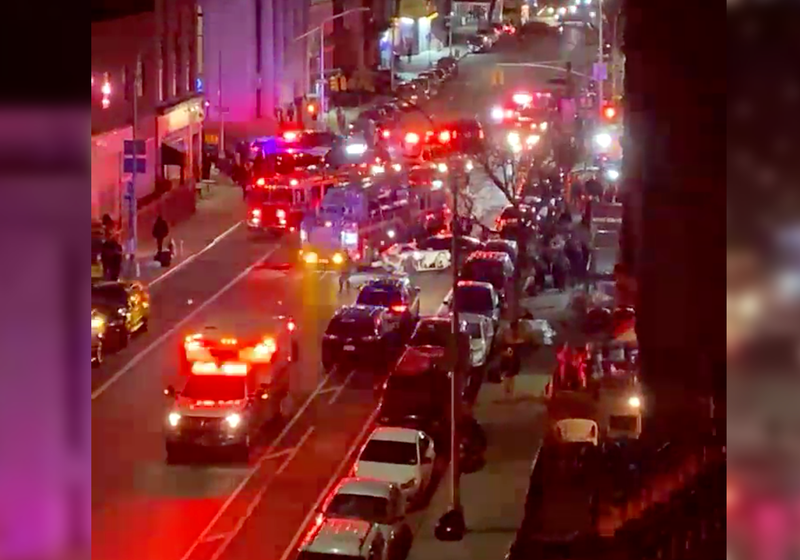 NEW YORK (1010 WINS) -- A 32-year-old woman is in critical condition after a vehicle crashed into the Uber she was traveling in early Monday, police said.

The incident, which was captured on surveillance, happened around 12:30 a.m. near Bedford and Dekalb avenues in the Bed-Stuy neighborhood.

WATCH: Footage of the serious accident Bedford & Dekalb that left a woman in critical condition. pic.twitter.com/wHmtdF3sWf

According to police, a Dodge Charger was traveling north on Bedford Avenue and ran a red light, striking a Honda Accord Uber.

The 32-year-old rear passenger of the vehicle was ejected from the vehicle during the collision and taken to Bellevue Hospital in critical condition, officials said.

The 22-year-old driver of the Dodge was taken to Kings Hospital in stable condition.

The driver of the Honda is also in stable condition.