NEW YORK (WCBS 880) – A 68-year-old man was tripped to the ground and pummeled during a robbery on a Bronx street last week, police said Monday as they released surveillance video of a suspect in the attack.

NYPD video shows the victim being knocked down by a man near Westchester and Evergreen avenues in the Soundview section around 1:20 a.m. last Thursday morning.

🚨WANTED for ROBBERY: Do you know this guy? On 9/16/21 at approx 1:20 AM, in front of 1484 Westchester Ave in the Bronx, the suspect tripped a 68-year-old male, then punched him multiple times before removing his wallet. Any info? DM @NYPDTips or anonymously call 800-577-TIPS. pic.twitter.com/tZNlKWX3TW

The man then punches the victim repeatedly as the two get into a struggle on the sidewalk, video shows.

The thief ultimately grabbed the victim’s wallet and fled away on foot, police said. 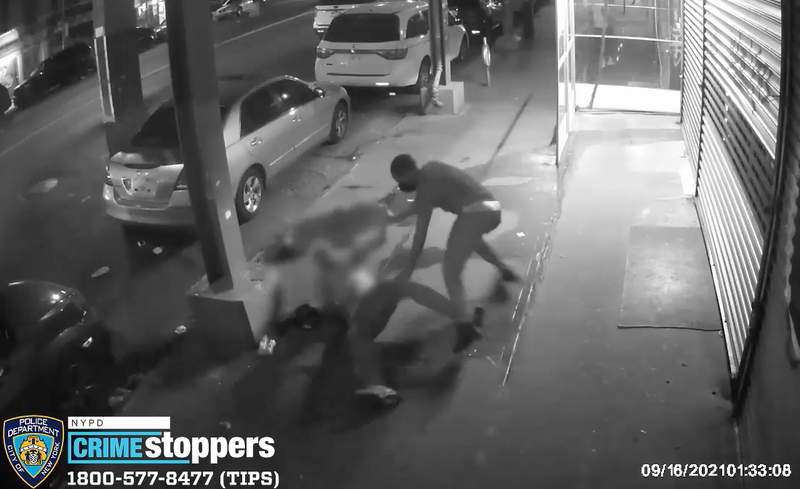 The victim suffered pain and bruises to his face and was treated at the scene by EMS, according to police.

Police said the wallet contained $70 and the victim’s ID.