NEW YORK (1010 WINS) -- A thief robbed a Brooklyn security guard at knifepoint and then sold the stolen goods at a nearby bodega, according to police and a report.

The NYPD released surveillance video Friday of the suspect allegedly selling some of the loot at a bodega shortly after the robbery in Bushwick on Jan. 9.

Police said a 24-year-old security guard was working inside an apartment building at Palmetto Street and Evergreen Avenue when the suspect pulled a switchblade on him around 5 a.m.

The thief demanded the guard’s cellphone, as well as the password for it, which the guard gave him, police said. 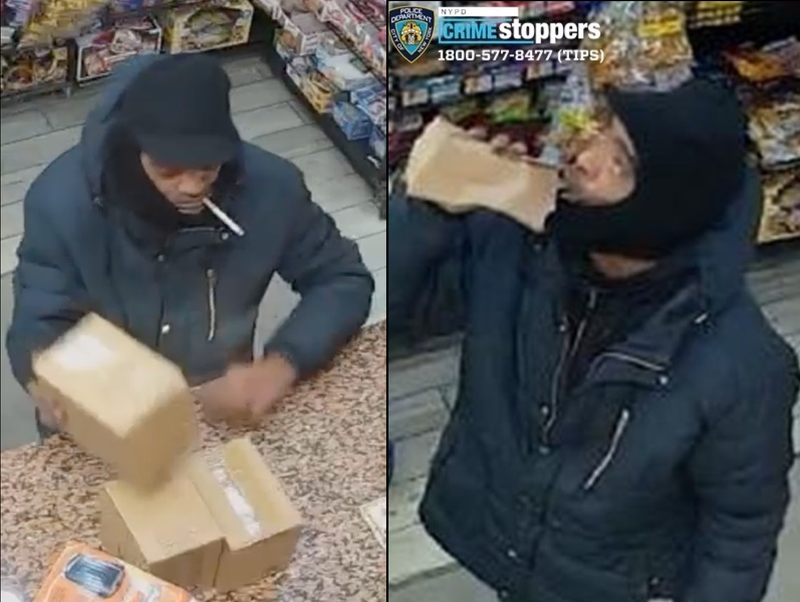 The suspect was seen smoking a cigarette and drinking beer inside the bodega where he allegedly sold the stolen goods. Photo credit NYPD

In addition to the $200 Android, the crook stole $2,700 in electronics and a case of hand sanitizer valued at $100 from the location, according to police.

He then drove a dark-colored vehicle to the bodega about three blocks away at Broadway and Gates Avenue and sold some of the items there, sources told the New York Post.

Surveillance footage shows the suspect smoking a cigarette inside the bodega and handing boxes to a man behind the counter before counting a wad of cash, some of which he used to purchase beer, according to the report.

The bodega worker denied buying anything from the suspect when asked by police, the sources said. 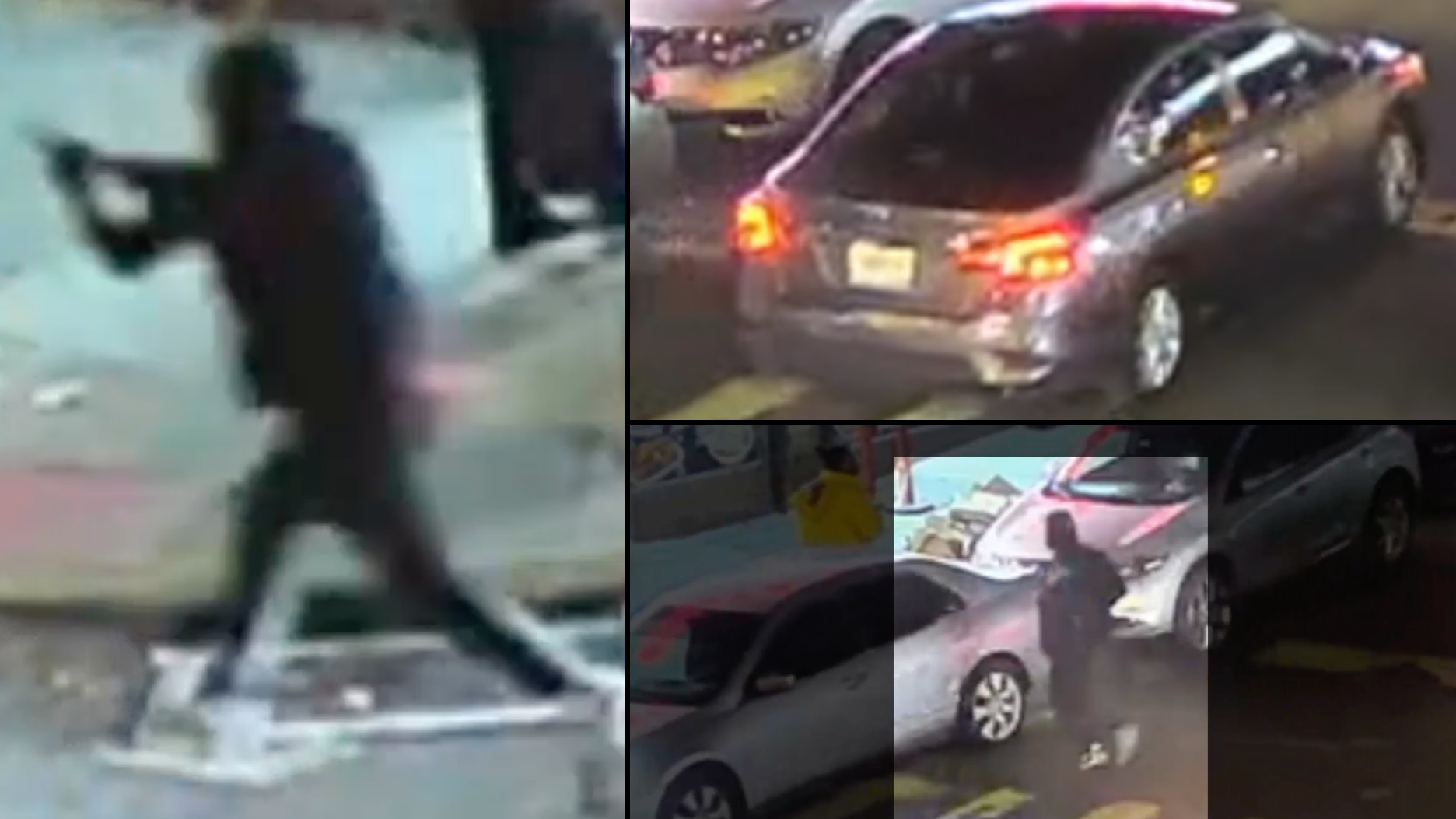 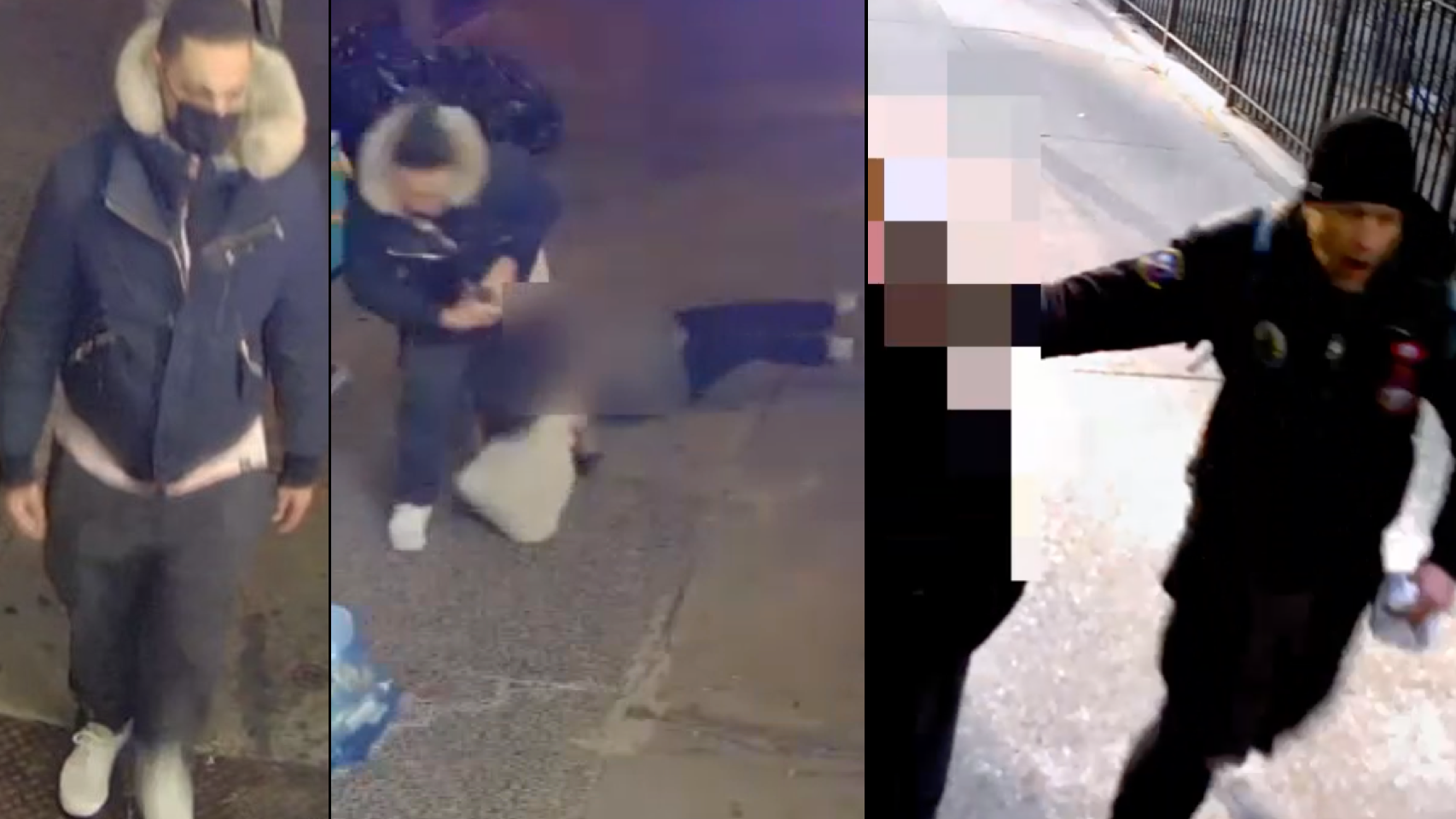 VIDEO: 2 suspects sought in attacks on seniors in Chelsea