NEW YORK (1010 WINS) – Two thieves armed with knives slashed, stabbed and beat a man as he tried to escape a robbery in the Bronx, police said Friday as they released video of the suspects.

The 25-year-old victim was sitting inside a black BMW sedan on E. 167th Street, near Union Avenue, in the Morrisania section on the evening of May 7 when the two males jumped into his car shortly before 8 p.m.

One of the suspects hopped into the front passenger seat and the other entered the backseat on the driver side. 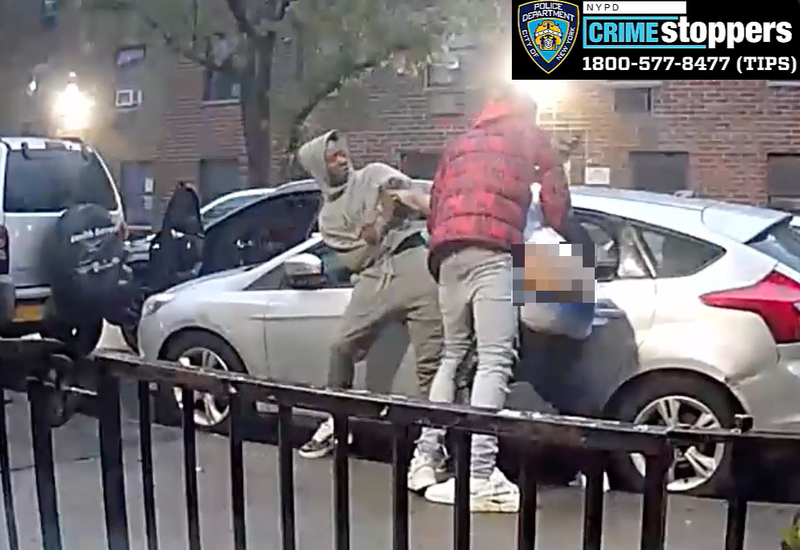 New video from police shows two males beating and stabbing a victim while robbing him in the Morrisania section of the Bronx on May 7. Photo credit NYPD

The first suspect took out a gun and demanded the victim’s property, police said.

The victim tried to flee for his safety, leading to a struggle outside the vehicle.

During the scuffle, the two males punched the victim before taking out knives and stabbing and slashing him, police said. 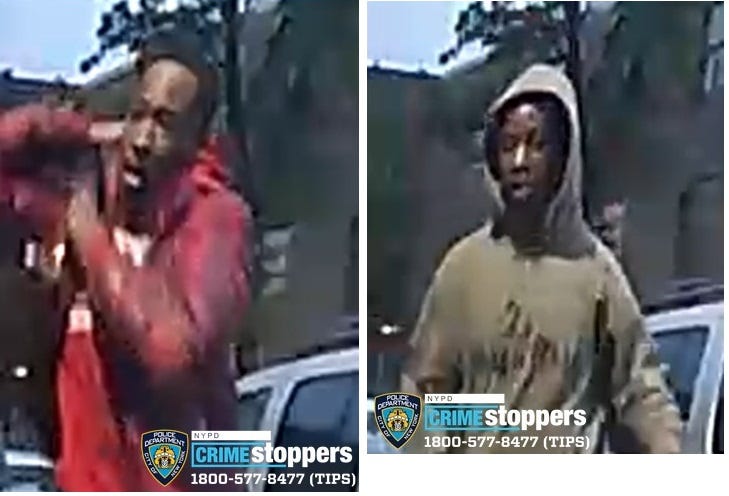 Police released images Friday of the two suspects in the May 7 robbery. Photo credit NYPD

They then stole the victim’s watch, two chains and three bracelets valued at $1,000. They were last seen fleeing into 818 E. 167th St.

The victim was taken to Lincoln Hospital in stable condition. 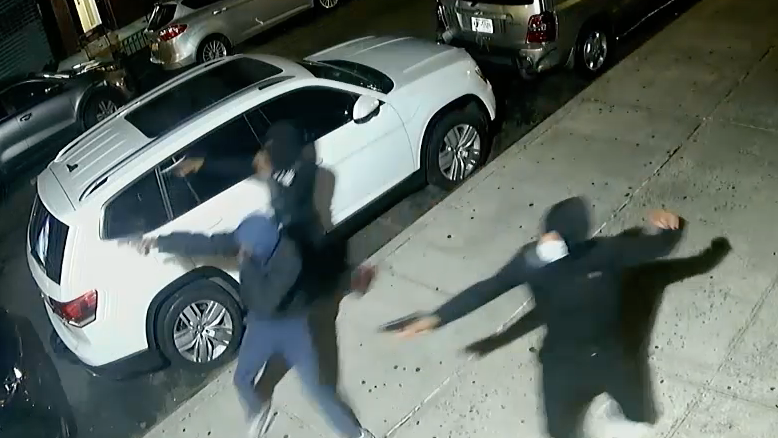 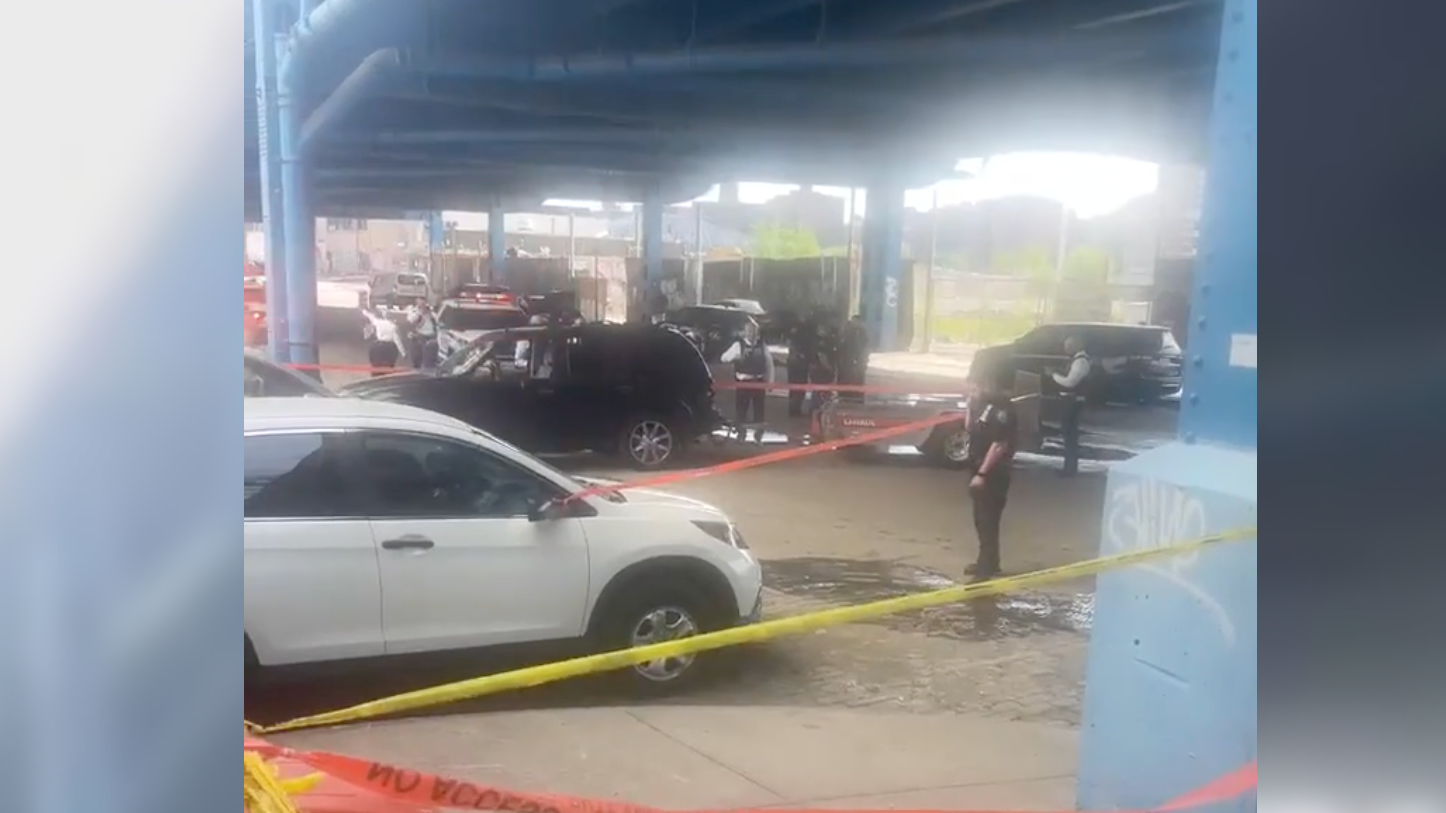 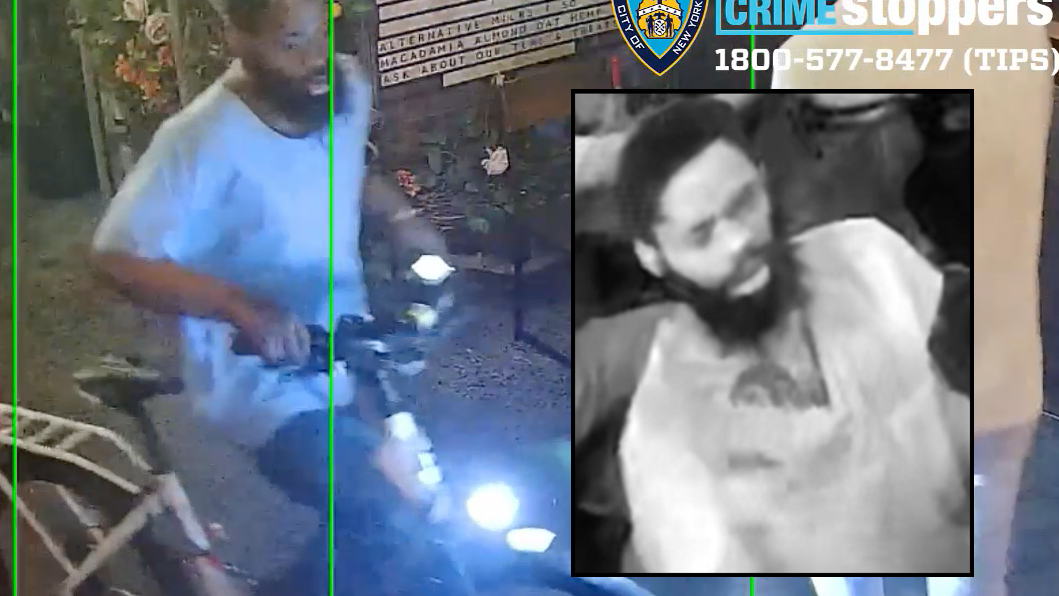 VIDEO: Man shoves Chelsea delivery worker off e-bike, rides away on it