NEW YORK (1010 WINS) — One woman was arrested after a fight broke out at a Little Italy restaurant during Feast of San Gennaro celebrations Friday night, police said.

Three to five people began scrapping at Il Piccolo Buffalo on Mulberry Street around 10 p.m., throwing food and drinks — and then punches at each other, according to police.

Mayoral candidate Curtis Sliwa, while campaigning and patrolling with the Guardian Angels at the San Gennaro feast,...

Posted by Curtis Sliwa for NYC on Friday, September 24, 2021

Footage of the tail-end of the incident was posted to the Facebook campaign page of Republican mayoral candidate Curtis Sliwa, who was “campaigning and patrolling” the event, according to his post.

Sliwa and several other Guardian Angels can be seen entering the restaurant and attempting to separate the parties as a woman hurled a drink and other objects at another diner.

“The windows were busted out, fights broke out in the streets afterwards and chaos reigned as the Guardian Angels took control of the situation,” Sliwa’s campaign wrote. Police arrived 20 minutes afterwards.

“Just when you think that things got quiet, at the end of the tape, you can see the start of more fights as the Guardian Angels begin to get assaulted including Curtis himself,” the campaign continued in the post 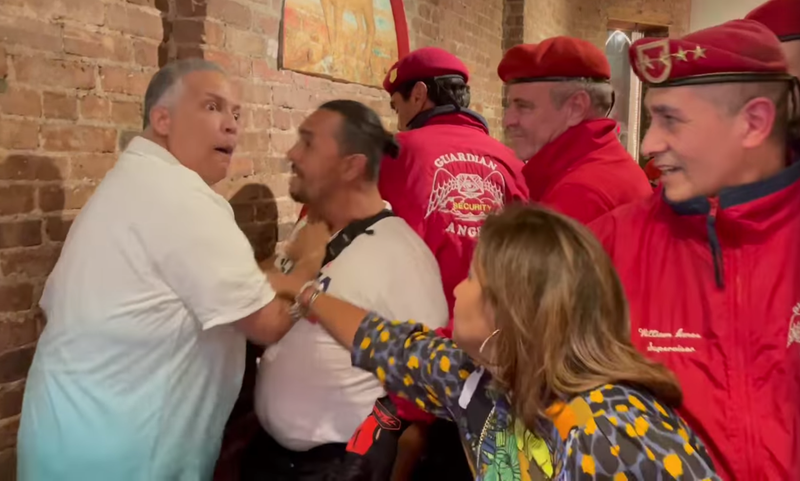