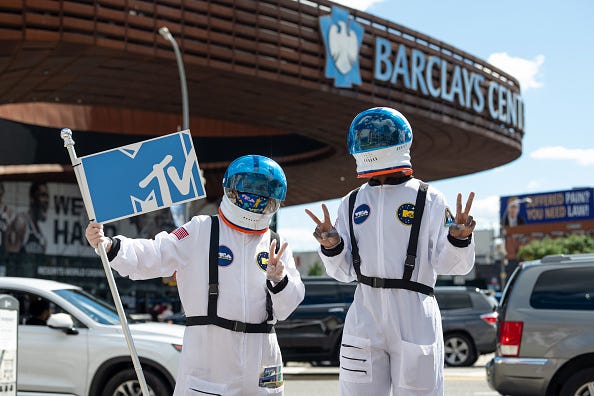 NEW YORK (1010 WINS) – MTV on Tuesday announced that the Video Music Awards would return to New York City in September.

The 2021 show is set to air live from Barclays Center on Sunday, September 12, and will feature performances from some of the biggest names in music.

In a statement, MTV said it is working closely with the Barclays Center and state and local officials to implement best safety practices.

MTV is also collaborating with 9/11 Day, the nonprofit that began and leads the federally recognized September 11 National Day of Service and Remembrance, for a series of service-oriented activities during the week leading up to the VMAs, promoting awareness and positive action in observance of the 20th anniversary of 9/11 and to honor the lives lost, their families, those injured, and those who rose in service in response to the attacks.