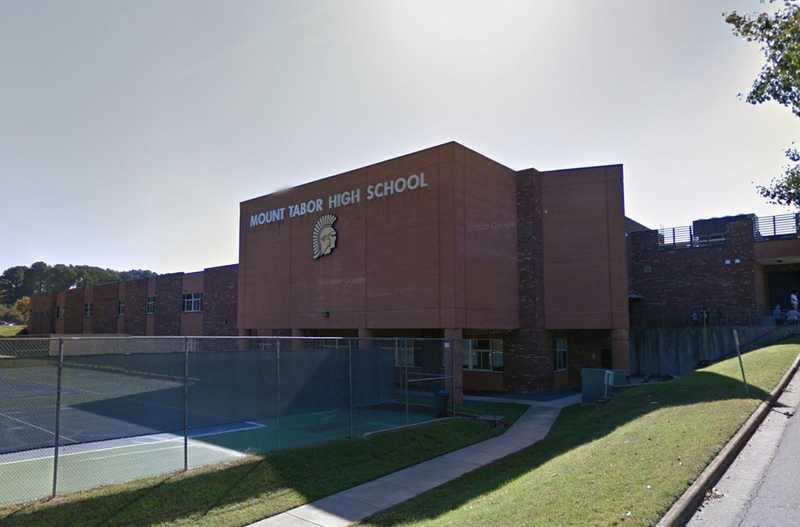 WINSTON-SALEM, N.C. (1010 WINS) — One student was killed in a shooting at a North Carolina high school on Wednesday — and police are still searching for the suspect, authorities said.

Mount Tabor High School in Winston-Salem was put on lockdown shortly before 1 p.m. on Wednesday due to a shooting "on school property," the Winston-Salem Police Department tweeted.

New details about the Mount Tabor incident:
5. One student is injured, all other students are safe.
6. We are actively seeking the suspect. We have no confirmed information of any other shootings or injuries.

The Forsyth County Sheriff's Office and the police department confirmed that one student had been injured, but said in separate tweets that "all other students are safe."

At a news briefing Wednesday afternoon, Winston-Salem Police Department Chief Catrina Thompson confirmed that the student who was injured passed away. Thompson didn't immediately provide any additional details, but said authorities were actively seeking a suspect.

Several other schools in the area were also put on lockdown “out of an abundance of caution,” but there “has not been another incident,” the police department tweeted.

Many schools in the area are on lockdown out of an abundance of caution.

THERE HAS NOT BEEN ANOTHER INCIDENT.

Parents of students were asked to head to a nearby supermarket to pick up their children.

1. Parents should now report to the Harris Teeter and NOT to the YMCA to be reunited with their children.
2. The area around Mt. Tabor High School is a NO FLY ZONE for drones.