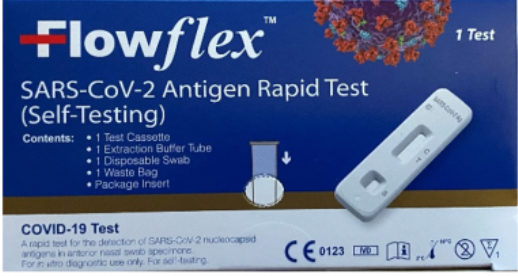 NEW YORK (1010 WINS) -- An at-home rapid COVID-19 test has been recalled after it appeared to be distributed in an “unauthorized” manner.

The FDA recalled the Flowflex Antigen Rapid Test last month after it didn’t receive emergency use authorization. It has been sold at pharmacies and given out in some localities.

There is a distinction to note between two Flowflex tests, one of which does have proper authorization, while another does not.

Officials estimated that there are about 200,000 of the tests in the U.S. 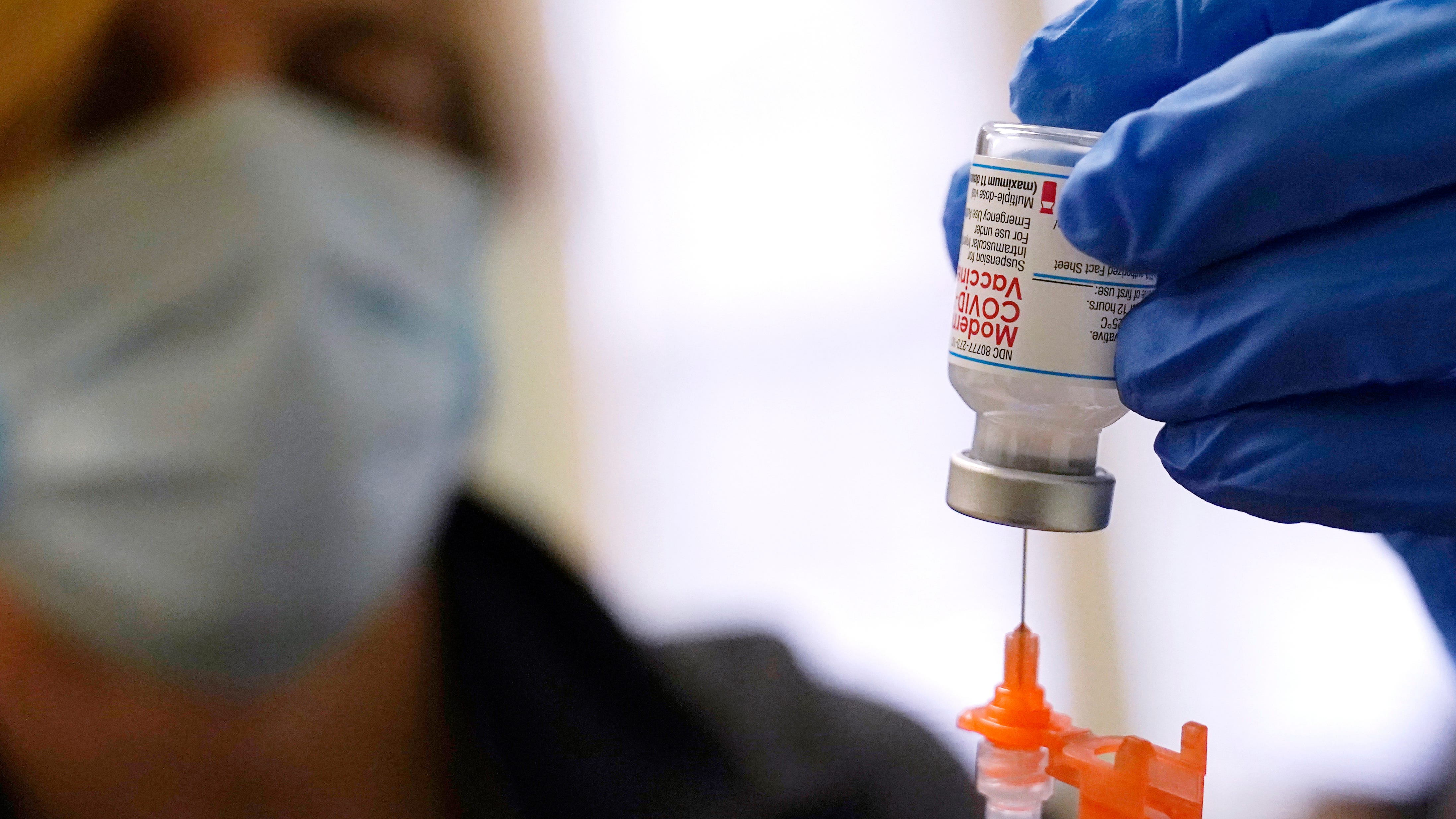 ACOB Laboratories, who manufacture the Flowflex test, said it was aware of the “unauthorized, adulterated and misbranded counterfeit product having the trade name ‘Flowflex SARS-CoV-2 Antigen Rapid Test (Self Testing).’”

The company said it is not importing the test into the U.S. because it is only authorized in Europe and some other markets.

The company also recalled the product from the U.S. shortly after the FDA notice.

"COVID-19 Antigen tests in the U.S. market that lack FDA approval, clearance, or authorization can pose significant risk since they may lead to inaccurate test results, including false negative or false positive test results," the company said. In order to be able to tell apart the approved and recalled test, ACON put out photos of the two. 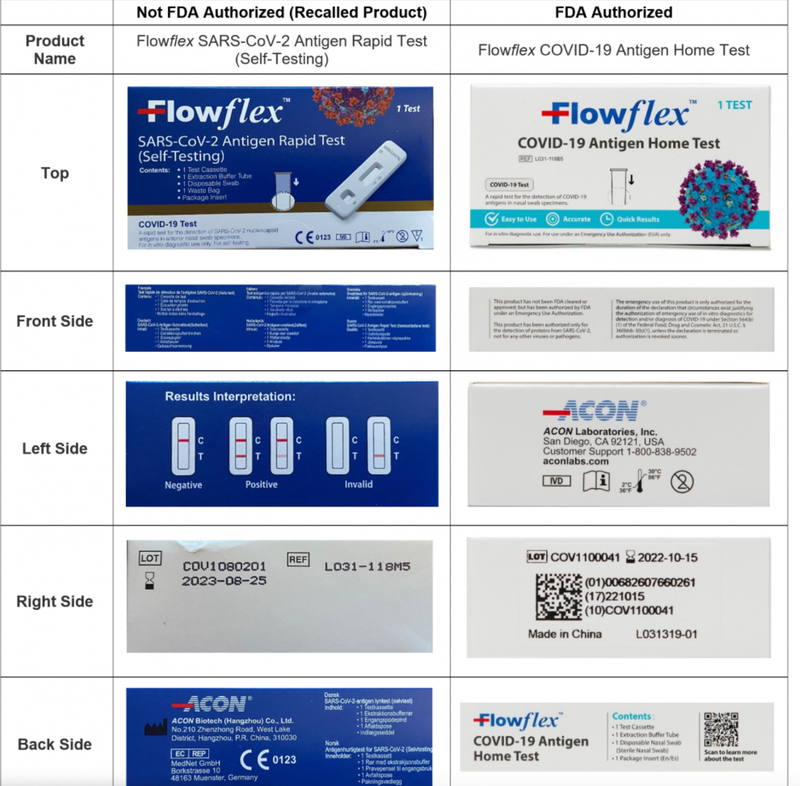 The recall particularly affects Orange County after it distributed the recall test at events in Wallkill and New Windsor.

ACON said anyone who received the recalled product should throw it out, and said it was working with the FDA to make sure only the correct test was being distributed. It said no “adverse” events related to the tests were reported.