WASHINGTON (AP) — The American artist whom former President Barack Obama selected to paint his official White House portrait says the “stripped down” style of his works helps create an “encounter” between the person in the painting and the person looking at it.

Robert McCurdy likes to present his subjects without any facial expression and standing against a white background, which is how America's 44th and first Black president will be seen for posterity, in a black suit and gray tie, when his portrait is finally revealed on Wednesday. 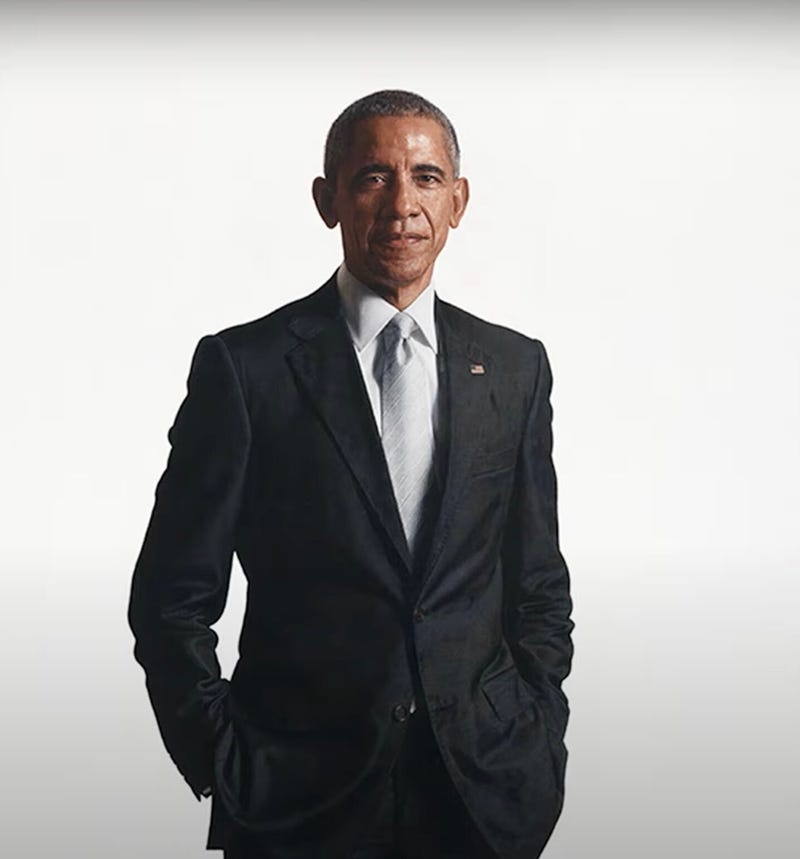 President Joe Biden and first lady Jill Biden invited Obama and former first lady Michelle Obama back to the White House to unveil their official portraits. It will be Mrs. Obama's first visit since Obama's presidency ended in January 2017. Obama visited in April to help celebrate the anniversary of the major health care law he signed.

The former first lady chose artist Sharon Sprung to do her portrait. She is depicted seated on a sofa in the Red Room, wearing a formal light blue dress. 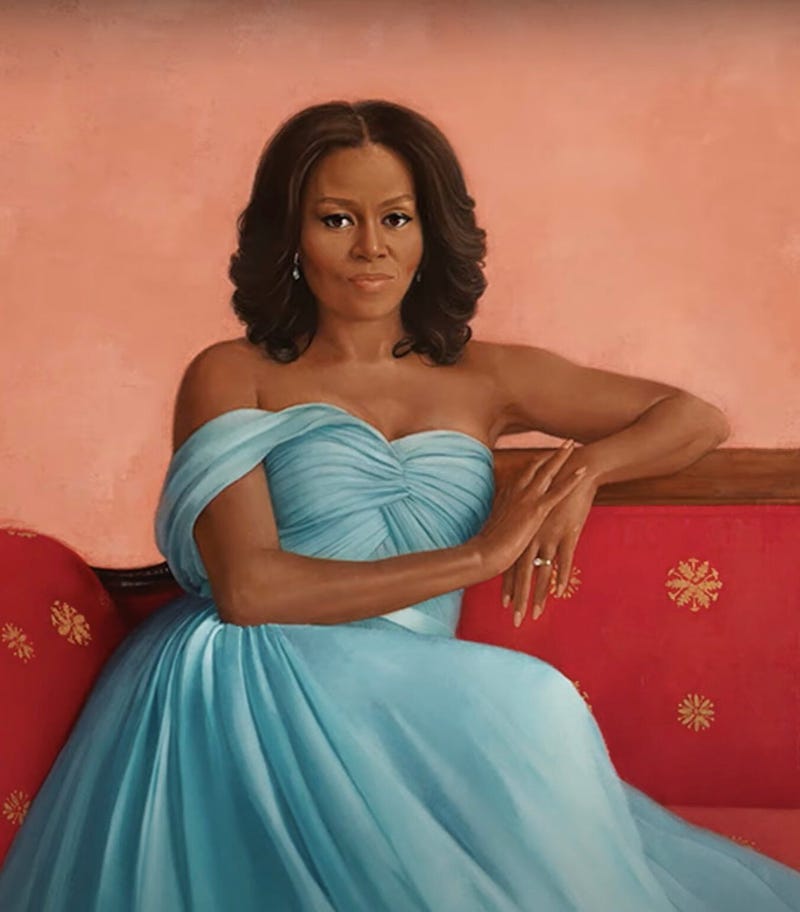 McCurdy told the White House Historical Association for the latest edition of its “1600 Sessions” podcast that his style is “stripped down for a reason." He's also done portraits of South Africa's Nelson Mandela, Amazon’s Jeff Bezos and the Dalai Lama, among others.

“They have plain white backgrounds, nobody gestures, nobody — there are no props because we're not here to tell the story of the person that's sitting for them,” McCurdy said. "We're here to create an encounter between the viewer and the sitter.”

“And we're doing the same thing with these paintings,” McCurdy said. “We're telling as little about the sitter as possible so that the viewer can project onto them.”

McCurdy works from a photograph of his subjects, selected from hundreds of images. He spends a year to 18 months on each portrait and said he knows he's done “when it stops irritating me.”

Sprung, who also was interviewed for the podcast, described feeling as though she was in a “comedy sketch” when she met with the Obamas in the Oval Office.

She kept sinking into the couch she sat on while they sat on sturdier chairs. Then the president “flicked” away the printed talking points she had handed out to everyone in the room. Then she just “went still" and had to "gasp for air a little bit” when someone else in the meeting asked her why she paints. Then she started to cry.

“So who knows what put the interview over the top, but that's how it went,” Sprung said.

She had planned on having Mrs. Obama stand in the portrait, “to give it a certain dignity,” but said the former first lady "has so much dignity that I decided to do it sitting just because ... it was too much looking up at her. I'm that much shorter than her."

Sprung worked on the portrait for eight months, day and night, the most time she's ever spent on a single painting. She worked entirely from photographs taken in various locations on the State Floor of the White House. Getting the dress just right was the hardest part, she said.

“The color was so beautiful and I really wanted to get the strength of the color and the light,” said Sprung, who has done portraits of the late Rep. Patsy Mink, D-Hawaii, and Jeannette Rankin of Montana, the first woman elected to Congress.

Recent tradition, no matter political affiliation, has had the current president genially hosting his immediate predecessor for the unveiling — as Bill Clinton did for George H.W. Bush, George W. Bush did for Clinton and Obama did for the younger Bush.

Donald Trump, who criticized almost everything about Obama and deviated from many presidential traditions, held no ceremony for Obama. So Biden, who was Obama's vice president, scheduled one for his former boss.

Obama's portrait is destined for display in the Grand Foyer of the White House, the traditional showcase for paintings of the two most recent presidents. Clinton's and George W. Bush's portraits currently hang there.

Mrs. Obama's portrait likely will be placed with her predecessors along the hallway on the Ground Floor of the White House, joining Barbara Bush, Hillary Clinton and Laura Bush.

Both McCurdy and Sprung said it was hard to keep their work on the portraits secret. McCurdy said it wouldn't have been a problem “if it had not gone on for so long.” Sprung said she had to turn the portrait to the wall whenever someone came into her studio in New York.

The White House Historical Association, a nonprofit organization that is funded through private donations and sales of books and an annual Christmas ornament, helps manage the portrait process and, since the 1960s, has paid for most of those in the collection. Biden to channel Kennedy in his push for a cancer 'moonshot' 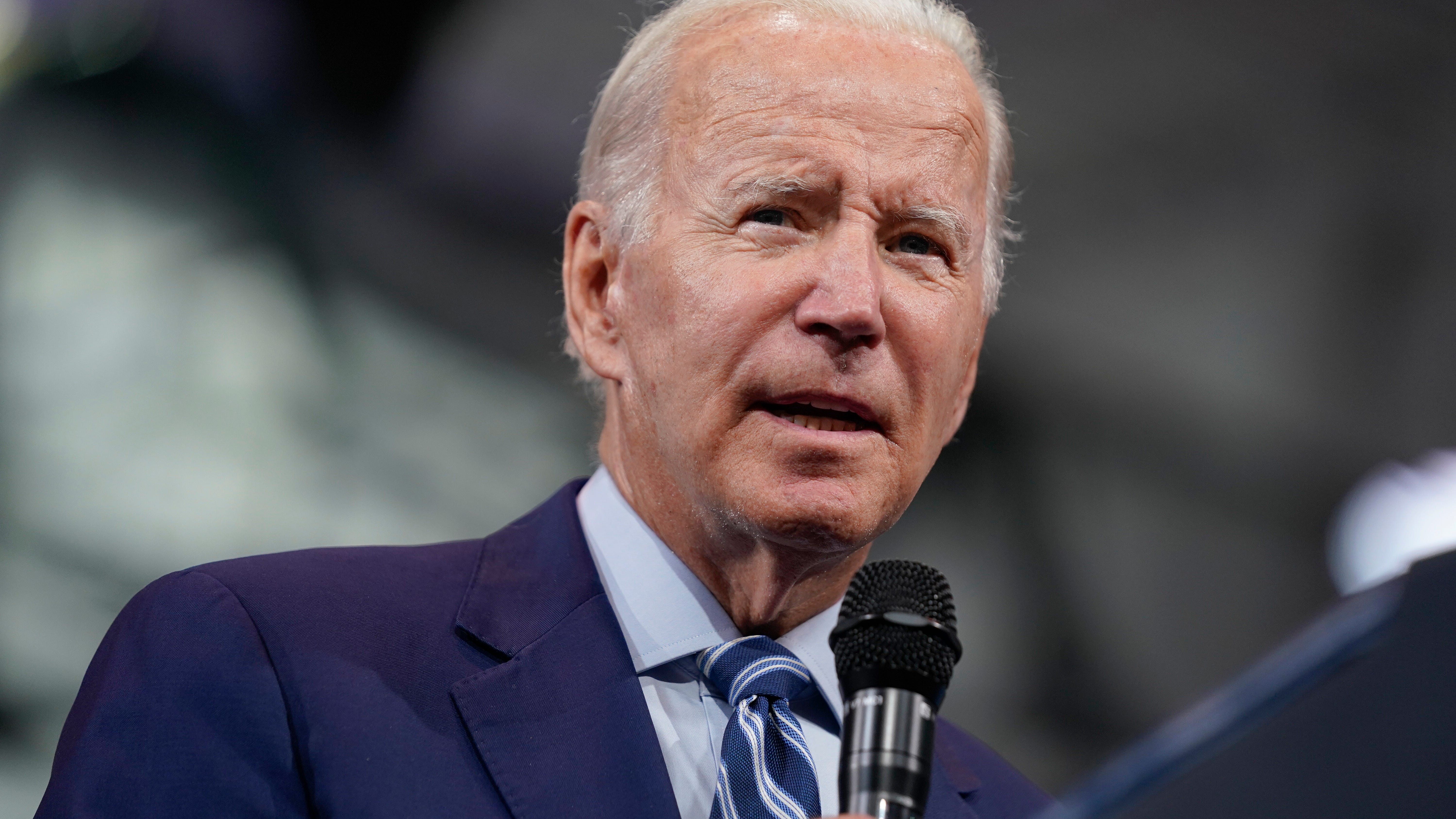