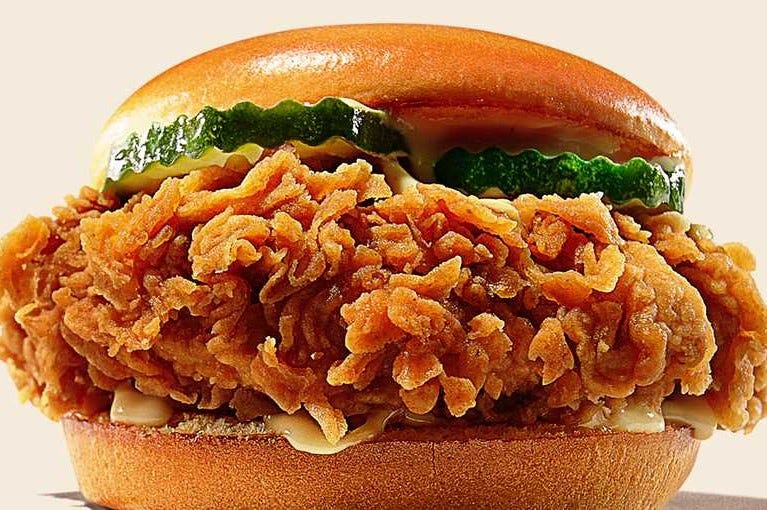 NEW YORK (1010 WINS) — Burger King is taking aim at rival chain Chick-fil-A with a promise to donate money to an LGBTQ+ civil rights organization for the duration of Pride Month.

The fast food chain last week said it plans to make a 40 cent donation to the Human Rights Campaign for every Ch’King Sandwich it sells during the month of June.

during #pride month (even on Sundays 👀) your chicken sandwich craving can do good! we are making a donation* to @HRC for every Ch'King sold 🏳️‍🌈

“During #pride month (even on Sundays) your chicken sandwich craving can do good!” the chain tweeted.

The chain’s promise appeared to be a dig at Chick-fil-A -- which closes on Sundays due to its founder Truett Cathy’s Christian beliefs -- over its past donations to anti-LGBTQ+ organizations.

Chick-fil-A CEO Dan Cathy said in 2012 that the company supports "the biblical definition of the family unit." In a 2018 interview Cathy reiterated his position on same-sex marriage but claimed he's not homophobic.

In 2019, however, Chick-fil-A stopped donations to two organizations that have been criticized for being anti-LGBTQ+ — the Salvation Army and the Fellowship of Christian Athletes. Both groups have taken controversial stands on homosexuality and same-sex marriage.

“Having worked seven days a week in restaurants open 24 hours, Truett saw the importance of closing on Sundays so that he and his employees could set aside one day to rest and worship if they choose — a practice we uphold today,” Chick-fil-A says on its website.