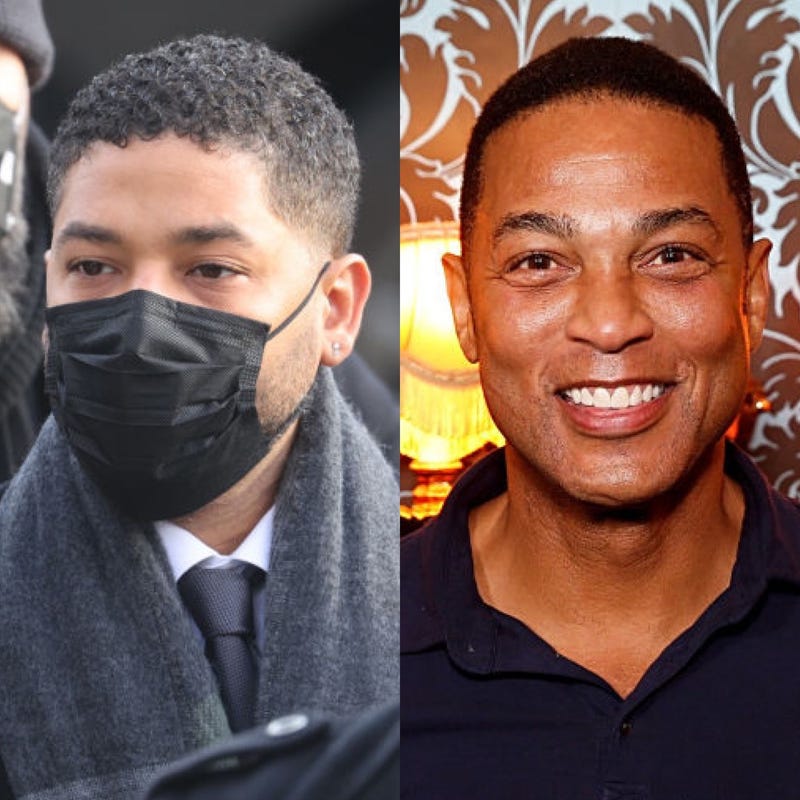 NEW YORK (1010 WINS) — CNN host Don Lemon is the latest anchor at the network to come under scrutiny, this time for failing to disclose his role in tipping off Jussie Smollett when the former "Empire" actor was being investigated for allegedly staging a hate crime assault in 2019.

Smollett, 39, took the stand Monday and told the court that he first learned that Chicago police were questioning him for allegedly staging the January 2019 racial and homophobic hate crime attack against himself after Lemon texted him.

During the report, the two discussed Smollett's "risky" decision to testify, his relationship with one of the men he is accused of hiring to stage the attack, as well as prosecutors' pressing him to turn over his cell phone after the alleged attack.

However, Lemon did not mention his alleged role, which Smollett said Monday led to his decision not to turn over his phone to police.

Before Smollett's hate crime story was questioned, Lemon told "Red Table Talk" in February 2019 that he texted with him "every day," adding that he was a "mutual friend."

"I called him because we have mutual friends. I got the friend on the phone, the friend talked to me for a minute," he said. "The friend goes, 'Jussie's here seeing the doctor.' And I talked to Jussie for a minute and then he said, 'I gotta go, the doctor's here.' And it just made me sad."

Conservative critics turned to Twitter to blast Lemon, with some comparing him to now-former CNN host Chris Cuomo, who was fired from the network after he did not acknowledge the full extent to which he helped his brother, Gov. Andrew Cuomo, and amid a new sexual misconduct allegation.

Smollett has continued to deny staging the hate crime attack against himself.

At 10-to-midnight, @DonLemon and @OmarJimenez finally discuss the Jussie Smollett trial. But neither "journalist" mentioned how Smollett testified under oath that Lemon tipped him off to police skepticism of his hoax claims. The whole segment lasted 5 minutes and 7 seconds. pic.twitter.com/fNpgiY9o3J

Days after CNN fired Chris Cuomo for abusing his position to help feed information to his sex pest accused brother, it appears that another host, Don Lemon, could become the centre of another journalistic ethics scandal.https://t.co/fhco7DKe58