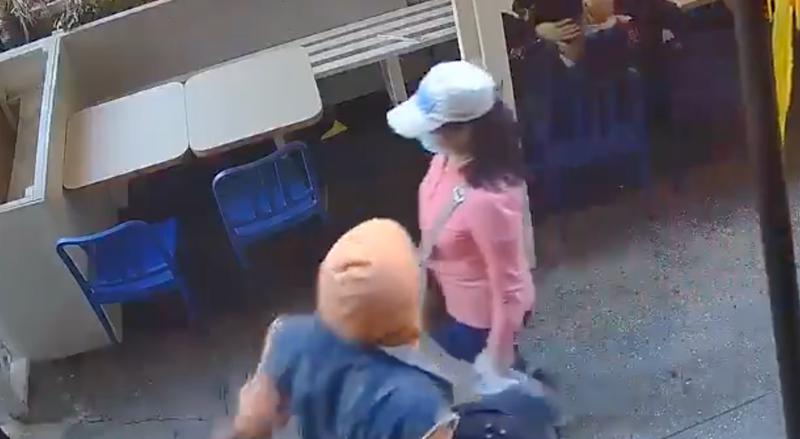 According to the NYPD, the attack happened at 6:15 p.m. as a 55-year-old woman was walking down Baynard Street near Mott and Elizabeth streets.

New York State Assemblymember Yuh-Line Niou shared disturbing footage of the attack that caused the woman to collapse on the street.

This was just sent to me from my constituent. This just happened in my district in Chinatown. He has been arrested and our precinct is investigating. pic.twitter.com/sxNfCbrlza

The victim was taken to an area hospital for treatment and was talking to authorities Tuesday morning.

Police on Tuesday identified the alleged attacker as Alexander Wright who was taken into custody and brought to Bellevue Hospital for a psych evaluation, according to officials.

Wright faces multiple charges, including assault, assault as a hate crime as well as criminal possession of a controlled substance after he allegedly had K2, or synthetic cannabis, on him when taken into custody, the NYPD said.