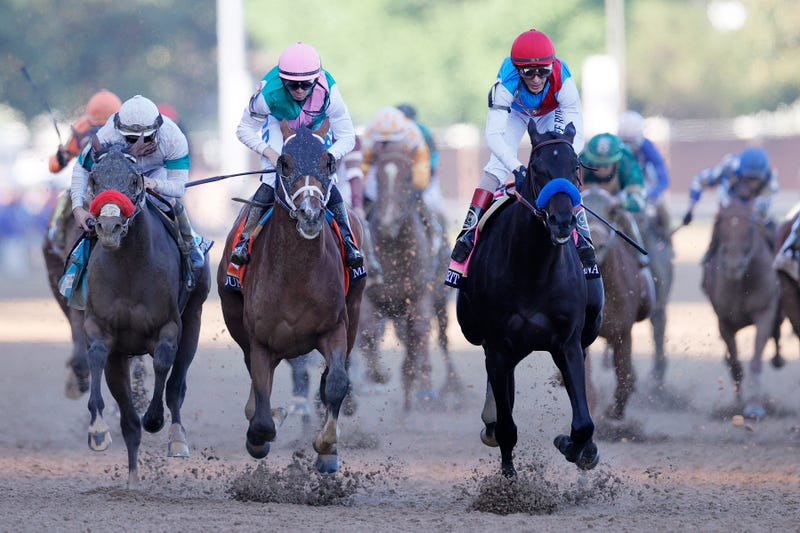 Medina Spirit #8, ridden by jockey John Velazquez, (R) crosses the finish line to win the 147th running of the Kentucky Derby ahead of Mandaloun #7, ridden by Florent Geroux, and Hot Rod Charlie #9 ridden by Flavien Prat , at Churchill Downs on May 01, 2021 in Louisville, Kentucky. Photo credit Sarah Stier/Getty Images
By The Associated Press

Medina Spirit won by a half-length over Mandaloun, giving Hall of Fame trainer Bob Baffert a record seventh victory in the premier race for 3-year-olds.

The bay colt led the $3 million race from start to finish after going off at 12-1 odds from the No. 8 post. 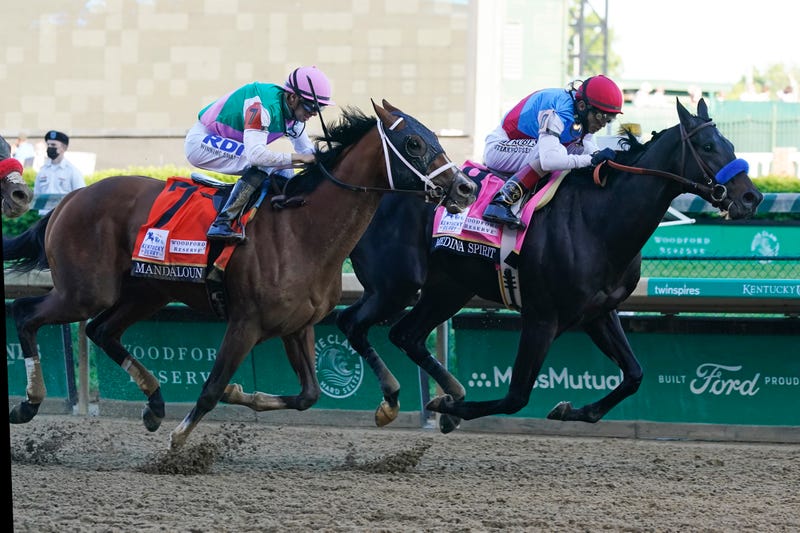 Medina Spirit held strong to the wire for his second career victory, a strong rebound from his runner-up finish to Rock Your World in the Santa Anita Derby.

"He doesn't know how much he costs. What a little race horse."

Medina Spirit was bought for $1,000 as a yearling. Now, he's a winner of the #KYDerby with 7-time winning trainer Bob Baffert. pic.twitter.com/pEvJFsQwBw 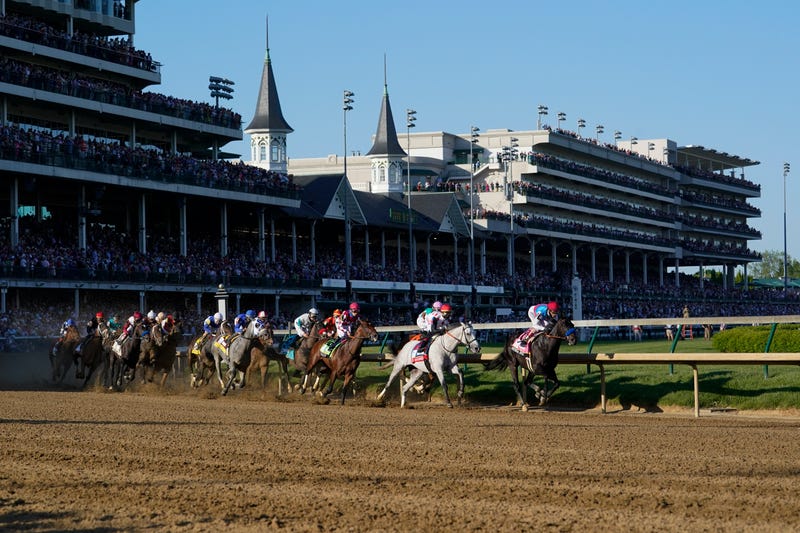 Medina Spirit, right, with John Velazquez aboard, leads the field around the first turn on the way to winning the 147th running of the Kentucky Derby at Churchill Downs, Saturday, May 1, 2021, in Louisville, Ky. Photo credit AP Photo/Michael Conroy