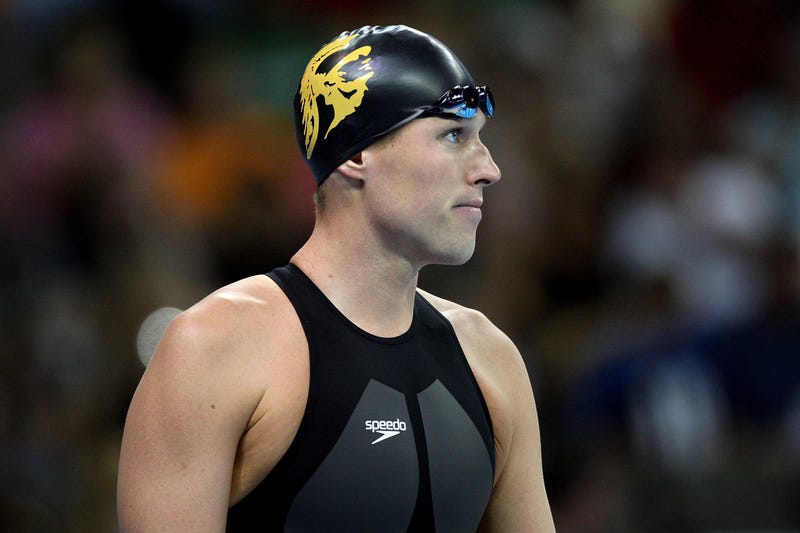 Klete Keller prepares to compete in the semifinal of the 200 meter freestyle during the U.S. Swimming Olympic Trials on June 30, 2008 at the Qwest Center in Omaha, Nebraska. Photo credit Donald Miralle/Getty Images
By 1010 WINS Newsroom

NEW YORK (1010 WINS) -- Olympic gold medalist swimmer Klete Keller, who stormed the Capitol building alongside thousands of Trump supporters last week, has been charged for his role in the riots, according to reports.

Keller, who won medals at three Olympics in the early aughts, was charged with obstructing law enforcement; knowingly entering or remaining in restricted building or grounds without lawful authority; and violent entry and disorderly conduct on Capitol grounds on Wednesday, the New York Times reported.

Videos taken inside the Capitol building on Jan. 6 show Keller “wearing a Team U.S.A jacket… with his face covering pulled down around his next,” the outlet reported.

A few of Keller’s former Olympic teammates confirmed that Keller was among the rioters, according to the outlet. Swimming news site SwimSwam was the first to report his presence at the Capitol building.

The Times couldn’t immediately reach Keller for comment on the charges.