WASHINGTON (AP) -- Dr. Deborah Birx says when she was coordinator of President Donald Trump’s coronavirus task force, she had to grapple with COVID-19 deniers in the White House and that someone gave the president “parallel” streams of data that conflicted with hers.

Defending her tenure, Birx told CBS’ “Face the Nation” on Sunday that she was at times censored by the Trump administration but denied ever withholding information.

Birx said she would see Trump “presenting graphs that I never made” and that “someone out there or someone inside was creating a parallel set of data and graphics that were shown to the president.”

She added that in the White House, “There were people who definitely believed that this was a hoax.”

Birx did not identify the COVID-19 deniers and said she did not know who was presenting the parallel data to Trump, but said she realizes now that Trump coronavirus adviser Dr. Scott Atlas was providing some of it. 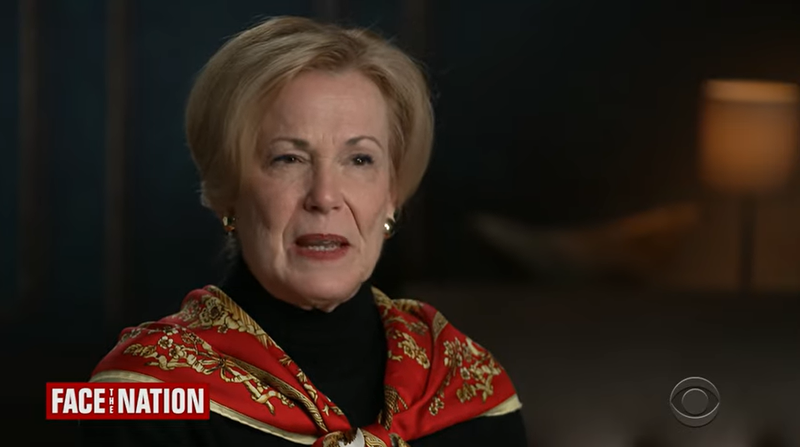 Dr. Deborah Birx on CBS News' "Face the Nation," during an interview that aired on Jan. 24, 2021. Photo credit CBS News

Birx said in December that she would retire but was willing to first help President Joe Biden’s team with its coronavirus response as needed. More than 25 million people have been infected with the coronavirus and at least 418,000 people have died in the U.S. since the pandemic began.