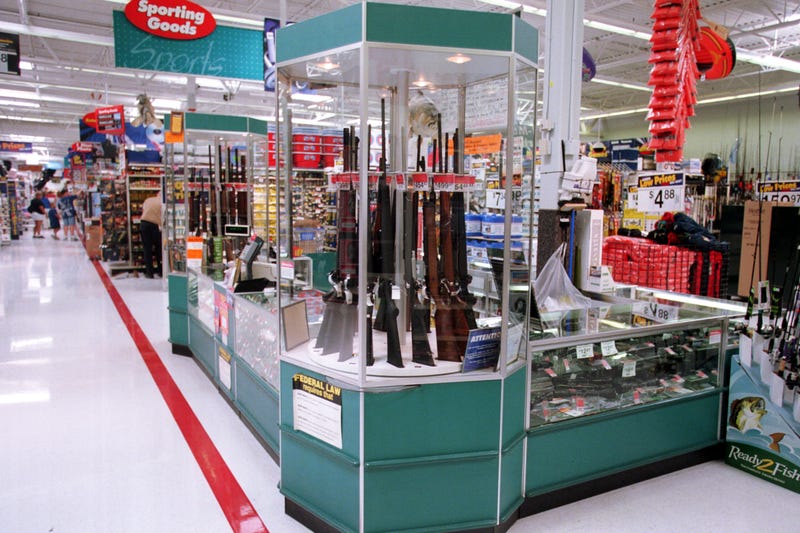 NEW YORK (1010 WINS) -- Walmart pulled guns and ammunition from all of its U.S. store displays earlier this week amid what a company spokesperson described as “isolated civil unrest,” according to a report.

Customers who frequent Walmart stores that sell guns will still be able to buy them “upon request,” but they will not be kept out on the chain’s sales floors for the time being, the Wall Street Journal reported.

A spokesman told the outlet the retailer has “seen some isolated civil unrest, and as we have done on several occasions over the last few years, we have moved our firearms and ammunition off the sales floor as a precaution for the safety of our associates and customers.”

A letter the company sent to store managers earlier this week asked them to stow all firearms away indefinitely “due to the current unrest in isolated areas of the country and out of an abundance of caution,” the outlet reported.

The retailer sent out the letter a day after police officers shot and killed a Black man, 27-year-old Walter Wallace Jr., in Philadelphia, sparking protests, as well as some looting and violence.

Walmart also pulled guns from store shelves over the summer after then-Minneapolis police officer Derek Chauvin killed George Floyd, according to the outlet.