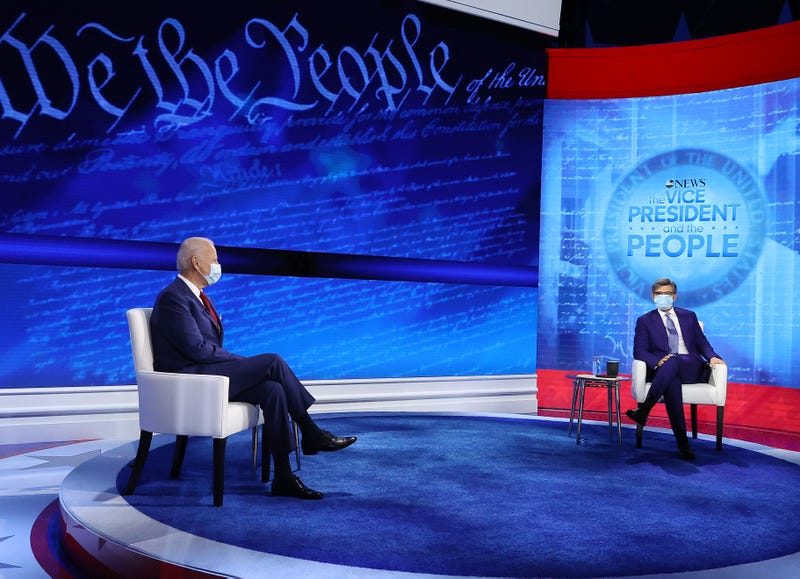 NEW YORK (1010 WINS) -- While it may be up for discussion who performed better at Thursday night's town halls, there is one definite ratings winner: Democratic presidential candidate Joe Biden.

President Donald Trump appeared in a 60-minute town hall on NBC moderated by Savannah Guthrie which kick off at 8 p.m., while Biden's town hall on ABC with George Stephanopoulos also began at 8 p.m. but lasted 90 minutes.

Trump's town hall was also carried on MSNBC and CNBC, but even after factoring in those broadcasts, Trump still fell short: On MSNBC, Trump reached 1.74 million viewers, and on CNBC, about 671,000 viewers. So Trump's gross audience across the three channels was 13 million -- about 1 million less than Biden still.