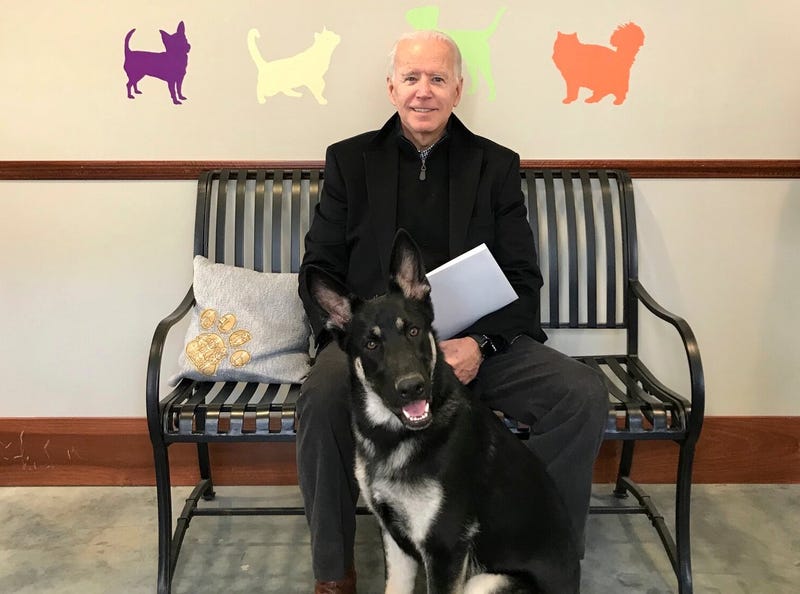 NEW YORK (1010 WINS) -- Joe Biden has suffered a hairline fracture and he will likely be required to wear a walking boot for "several weeks," his personal physician said early Sunday night, after the president-elect slipped while playing with his dog Major on Saturday.

“Initial x-rays did not show any obvious fracture, but his clinical exam warranted more detailed imaging," Dr. Kevin O'Connor said of Biden's imaging results. "Follow-up CT scan confirmed hairline (small) fractures of President-elect Biden’s lateral and intermediate cuneiform bones, which are in the mid-foot. It is anticipated that he will likely require a walking boot for several weeks."

Biden was treated at Delaware Orthopedic Specialists in Wilmington.

In order to avoid disrupting regularly scheduled appointments on Monday, arrangements were made for Biden to receive an x-ray and then an additional CT Sunday afternoon, with the expected delays involved when opening closed offices and giving personnel time to set up.

The Bidens have said they’d bring Major, along with their other German shepherd, Champ, to the White House in January.

They also announced this weekend that they planned to get a cat before moving into 1600 Pennsylvania Ave.

news
Barbie upgrades to a swank party pad in brand new DreamHouse
music
Read the just released FBI records related to Kurt Cobain’s death
music
Mike Epps on his U.S. Tour: 'It's time for us to get out and laugh'
sports
Bobby Valentine announces he is running for Mayor of Stamford, CT
music
Dropkick Murphys join the Boston Pops for a special Mother's Day tribute
sports
NCAA rule proposal aims to crack down on flopping