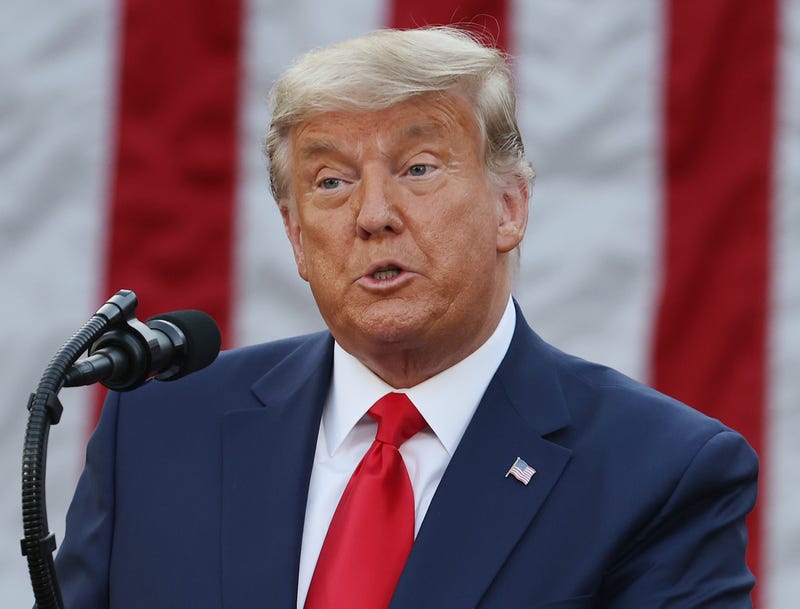 NEW YORK (1010 WINS) -- President Donald Trump on Friday said the federal government will not deliver a COVID-19 vaccine to New York next year unless Gov. Andrew Cuomo assures him the state will “actually use it."

And in an interview with MSNBC's Katy Tur, Cuomo said. "Everything is personal with this president. It can’t be a disagreement on principle,” he added. “And he retaliates. He uses the government as a retaliatory tool. That’s what he does. He’s also a bully.”

New York State Attorney General Letitia James said she is ready to sue the Trump administration if it doesn't deliver a vaccine to New York.

“This is nothing more than vindictive behavior by a lame-duck president trying to extract vengeance on those who oppose his politics," James said. "Once there is a fully-developed COVID-19 vaccine, we are confident that a Biden-Harris Administration will provide New York with the proper number of doses so that our state’s residents can achieve immunity. If dissemination of the vaccine takes place in the twilight of a Trump Administration and the president wants to play games with people’s lives, we will sue and we will win.&quo