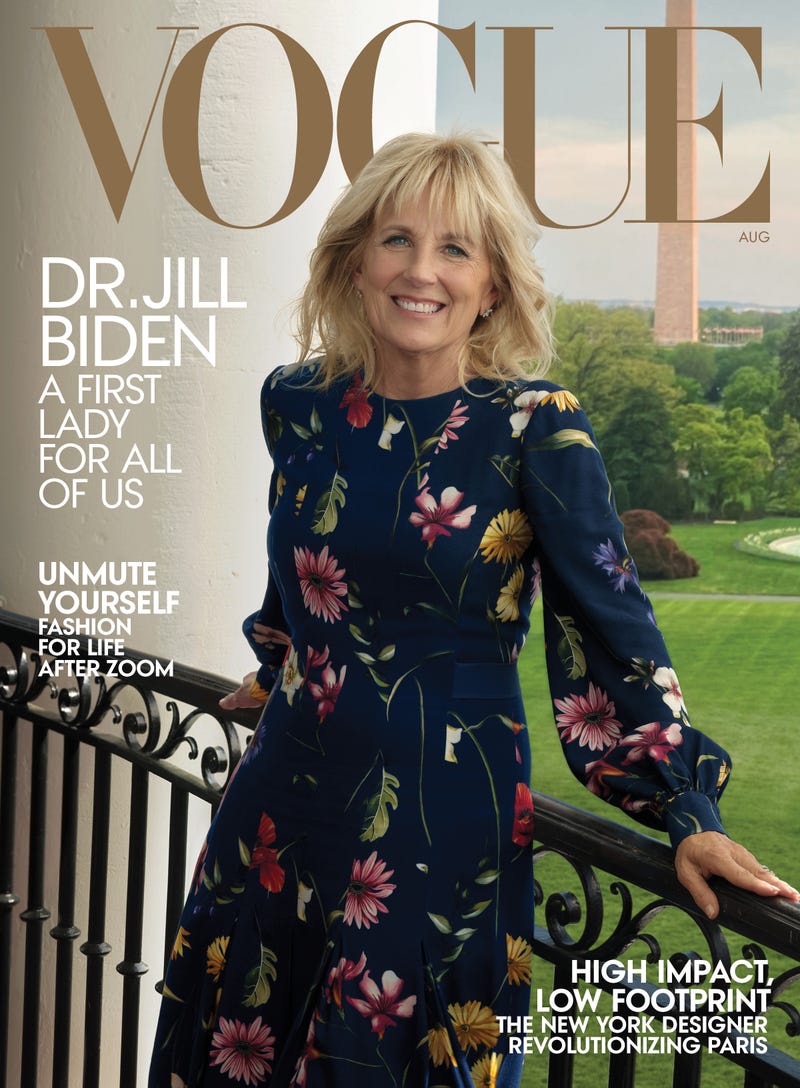 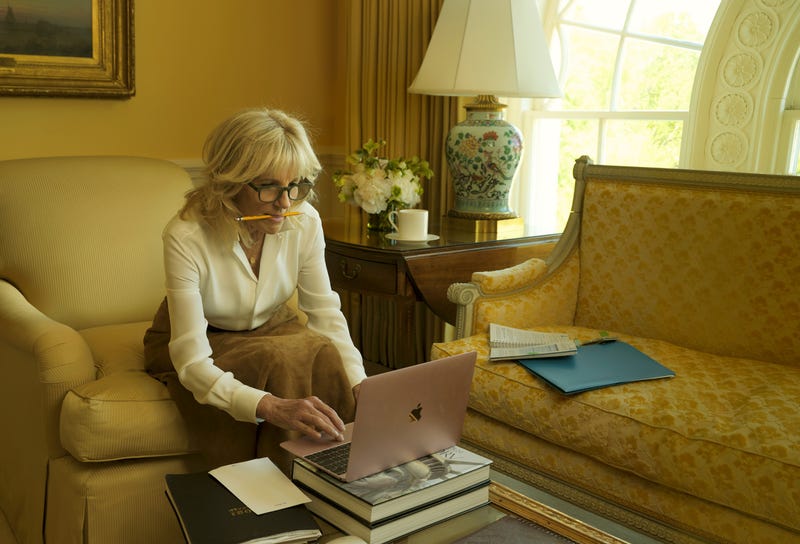 Vogue took a hiatus from first ladies on its covers when Melania Trump had the position.

Biden, who turned 70 this month, opens up to Vogue about the changing tone of the country.

“During the campaign, I felt so much anxiety from people; they were scared," she told journalist Jonathan van Meter. "When I travel around the country now, I feel as though people can breathe again. I think that’s part of the reason Joe was elected. People wanted someone to come in and heal this nation, not just from the pandemic, which I feel Joe did by, you know, getting shots in everybody’s arms. But also...he’s just a calmer president. He lowers the temperature.” 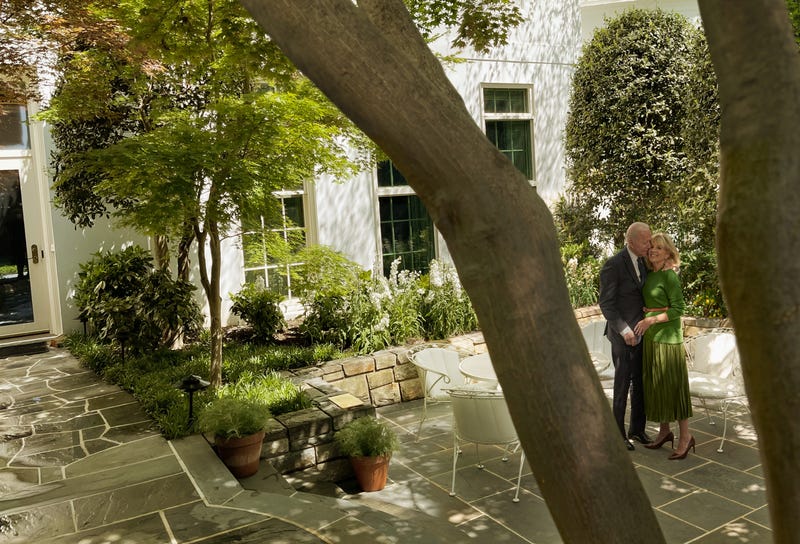 “When I became second lady—and there was so much I wanted to do—I always said, ‘I will never waste this platform," she said. "And now I have a bigger platform and I feel every day, like....What could I give up? That I would want to give up? Nothing. If anything, I feel like adding more things, but I know it’s not possible, because you want to stay centered, because you want to do things well. And there’s so much to do. There is...so. Much. To. Do.”

The first lady also scoffed at detractors who doubted she could teach and fulfill the roles of first lady.

“I heard that all the time during the campaign," she told Vogue. "Like, ‘No. You’re not going to be able to teach as first lady.’ And I said, ‘Why not? You make things happen, right?’”