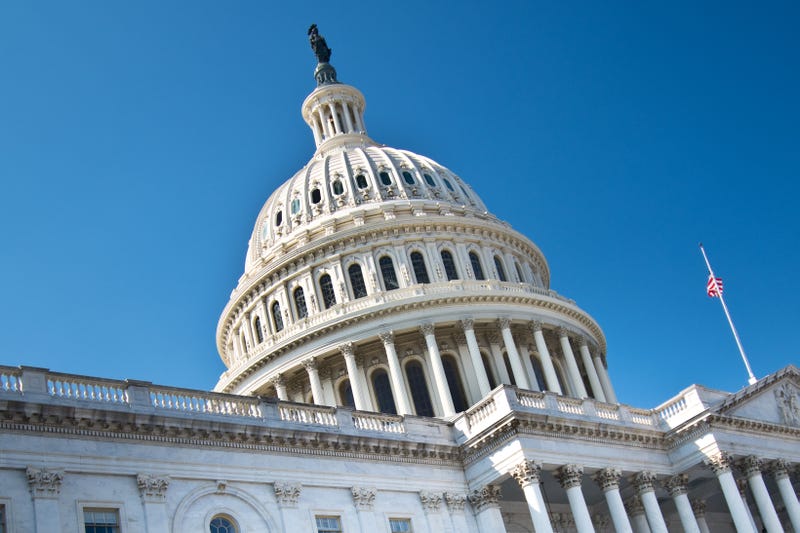 NEW YORK (1010 WINS) -- President Donald Trump on Tuesday called on Congress to increase the "ridiculously low" amount of money Americans are set to receive as part of a $900 billion stimulus and spending bill lawmakers passed on Monday — a request Speaker Nancy Pelosi said she supported.

In a video posted to Twitter Tuesday night, Trump said the package “provides hardworking taxpayers with only $600 each in relief payments, and not enough money is given to small businesses, and in particular restaurants, whose owners have suffered so grievously.”

“Congress found plenty of money for foreign countries, lobbyists and special interests while sending the bare minimum to the American people who need it,” he said. “I am asking Congress to amend this bill and increase the ridiculously low $600 to $2,000, or $4,000 for a couple.”

In her own tweet, Pelosi threw her support behind Trump's proposal.

"Republicans repeatedly refused to say what amount the President wanted for direct checks," she wrote. "At last, the President has agreed to $2,000 — Democrats are ready to bring this to the Floor this week by unanimous consent. Let's do it!"

Republicans repeatedly refused to say what amount the President wanted for direct checks. At last, the President has agreed to $2,000 — Democrats are ready to bring this to the Floor this week by unanimous consent. Let’s do it! https://t.co/Th4sztrpLV

In his video, Trump said he was "asking Congress to immediately get rid of the wasteful and unnecessary items from this legislation, and to send me a suitable bill."

The 5,593-page legislation — by far the longest bill ever — came together Sunday after months of battling, posturing and post-election negotiating that reined in a number of Democratic demands as the end of the congressional session approached. President Joe Biden was eager for a deal to deliver long-awaited help to suffering people and a boost to the economy, even though it was less than half the size that Democrats wanted in the fall.

The bill combines coronavirus-fighting funds with financial relief for individuals and businesses. It would establish a temporary $300 per week supplemental jobless benefit and a $600 direct stimulus payment to most Americans, along with a new round of subsidies for hard-hit businesses, restaurants, and theaters and money for schools, health care providers and renters facing eviction.