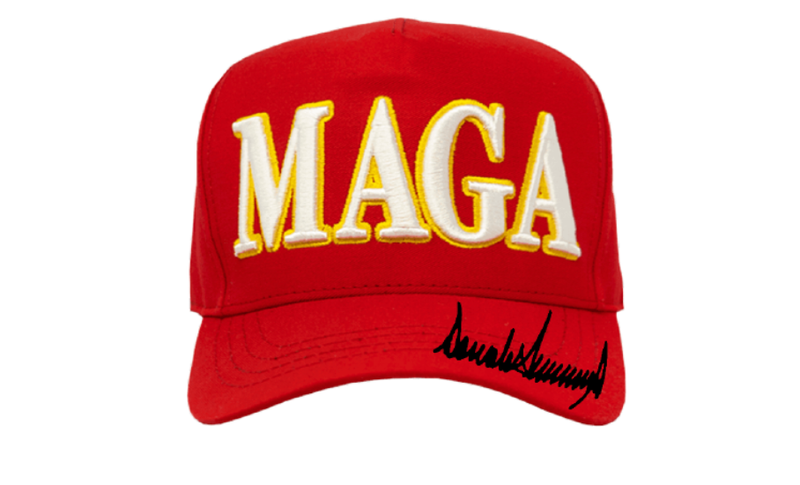 Anyone who contributes to Save America has a chance at getting this Donald Trump-signed MAGA hat. Photo credit Save America JFC
By David Caplan

NEW YORK (1010 WINS) -- In a fundraising email to supporters, Donald Trump revealed a new MAGA hat which he says he designed.

"I just designed our BRAND NEW MAGA Hat and I want YOU to have it," the Saturday email from the former president reads. "You’ve always been one of my most LOYAL supporters, so I don’t want you to have just ANY hat… I want YOU to have the MAGA Hat that I personally HAND-SIGNED for YOU." 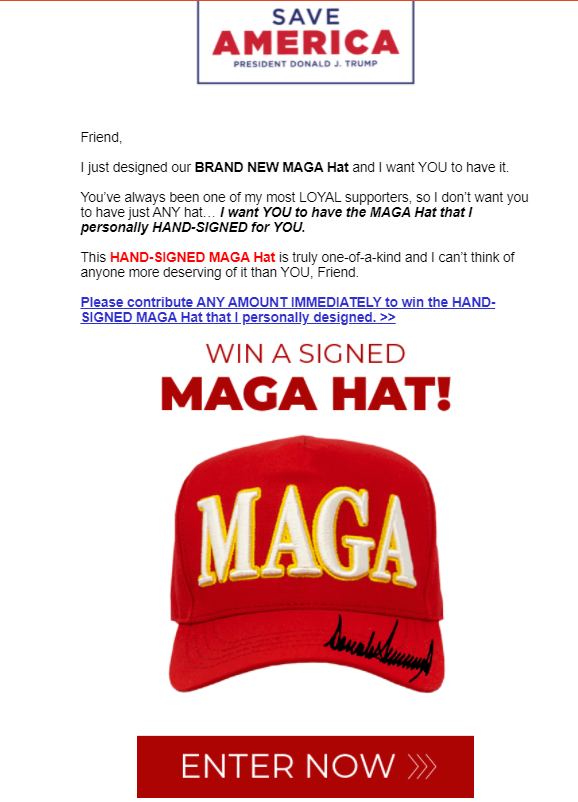 The fundraising email encourages people to donate to have a chance at snagging one of the new cotton twill hats signed by Trump,

Trump continues, "Our movement isn’t slowing down, in fact, it’s only speeding up. That’s why I wanted to design a NEW HAT for all of our best supporters." 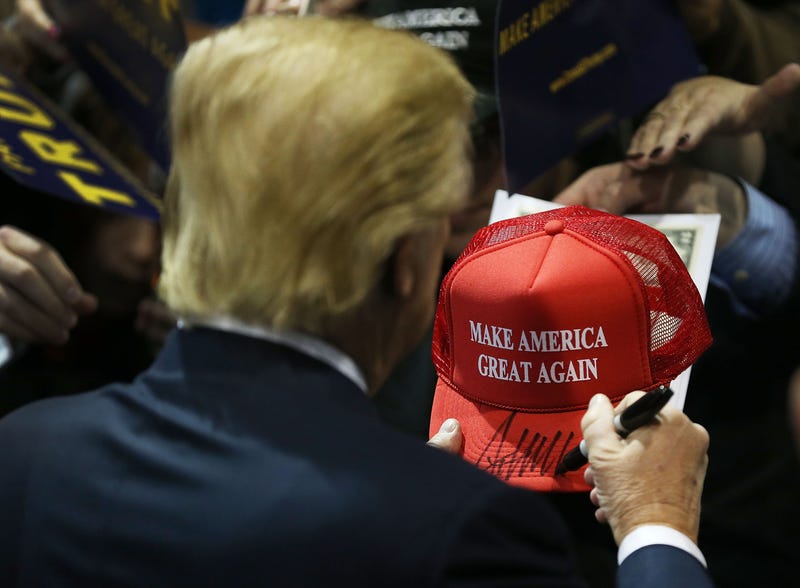 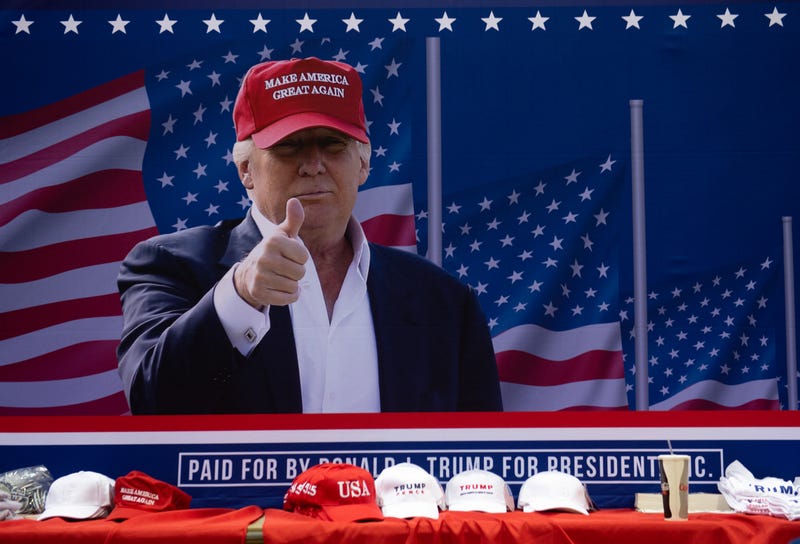 A photo of US President Donald Trump sits behind a table full of campaign hats as he speaks during a campaign rally at Florida State Fairgrounds Expo Hall in Tampa, Florida, on July 31, 2018. Photo credit SAUL LOEB/AFP via Getty Images

The new MAGA hat is also sold for $40 via Trump's website, alongside the original Make America Great Again hat for $30.