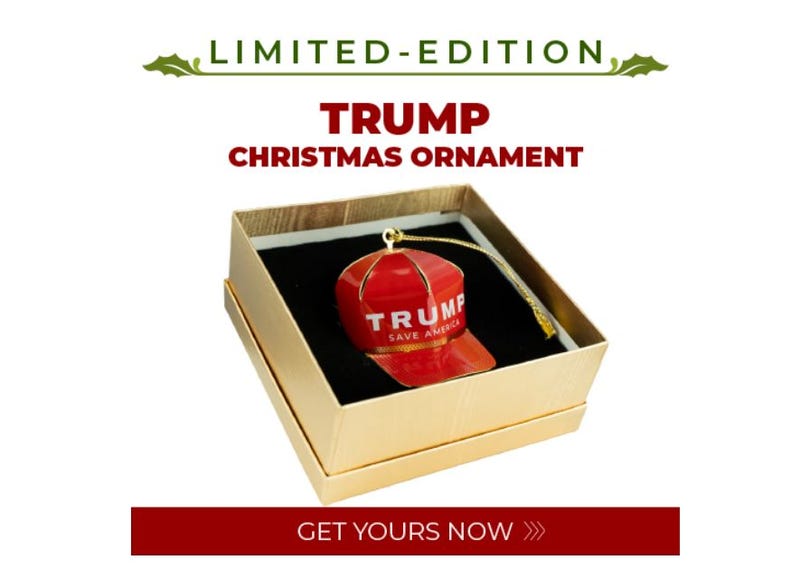 Donald Trump's PAC, Save America, is offering this Christmas ornament with donations above $75. Photo credit Save America
By David Caplan

NEW YORK (1010 WINS) -- Donald Trump's political action committee, Save America, has followed up with its Monday offer of "Official Trump Wrapping Paper" in exchange for donations above $35, with a new Christmas-themed offer: Donate more than $75 to the PAC and get an "iconic" Trump Christmas ornament, which is a miniature version of Trump's infamous red baseball cap. (The wrapping paper was also described as "iconic.")

While the hat, presented in a gold cardboard box, looks like a classic Make America Great Again hat, it instead reads "Save America." 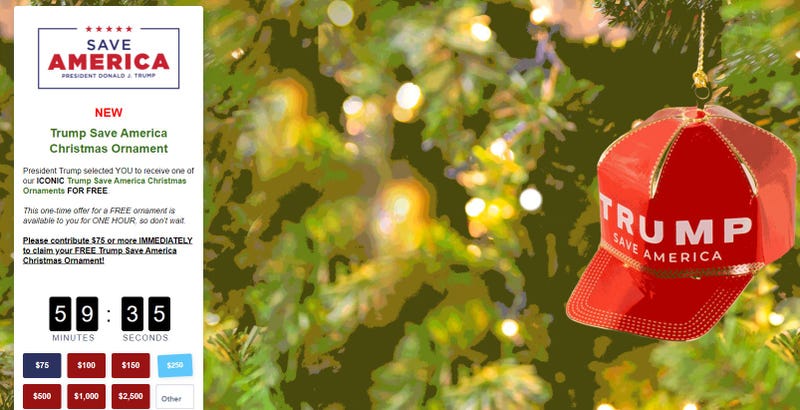 "President Trump REALLY wants you to have one of our beautiful Christmas Ornaments, Friend," reads an email sent to supporters Tuesday. "There isn’t much time left to claim your FREE Trump Save America Christmas Ornament, so don’t wait."

The fundraising email continues "Just contribute $75 NOW and we’ll send you one of our ICONIC Trump Save America Christmas Ornaments for FREE."

And in case there was any doubt, the email assures supporters, "P.S. As always, everything is proudly made in America."

The email sent out Monday to supporters read, "President Trump asked us to personally reach out to you because he wants to make sure you get our NEW Trump Gift Wrapping Paper in time for Christmas." 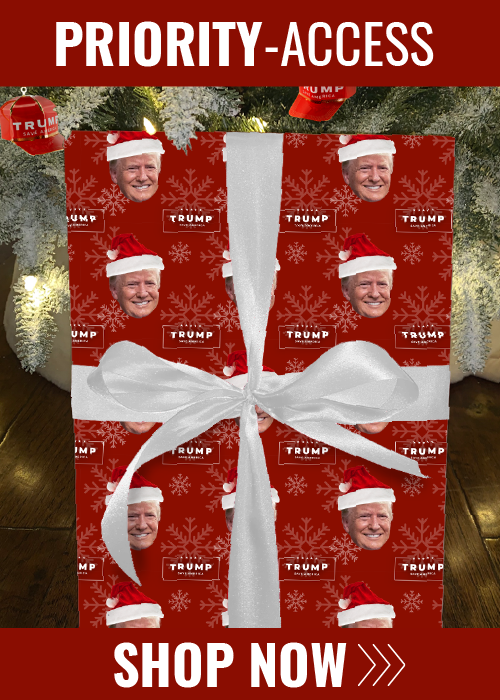 "We haven’t released this to the general public yet, so for today ONLY you can get our iconic Trump Gift Wrapping Paper before ANYONE ELSE," reads a Nov. 1, 2021 email to supporters. Photo credit Save America

The wrapping paper is apparently an exclusive item, as well: "We haven’t released this to the general public yet, so for today ONLY you can get our iconic Trump Gift Wrapping Paper before ANYONE ELSE," continues the plea for donations.

Donate at least $35 to Donald Trump's Save America PAC, and you will receive Christmas wrapping paper bearing the former president's likeness. Photo credit Save America

Among those who took to the Twittersphere to mock the fundraising effort was Republican Rep. Adam Kinzinger, the 43-year-old Illinois lawmaker who recently announced he is retiring from Congress.

"A fool and his money," Kinzinger tweeted.

A fool and his money

The Air Force veteran was one of 10 House Republicans who voted to impeach Trump. 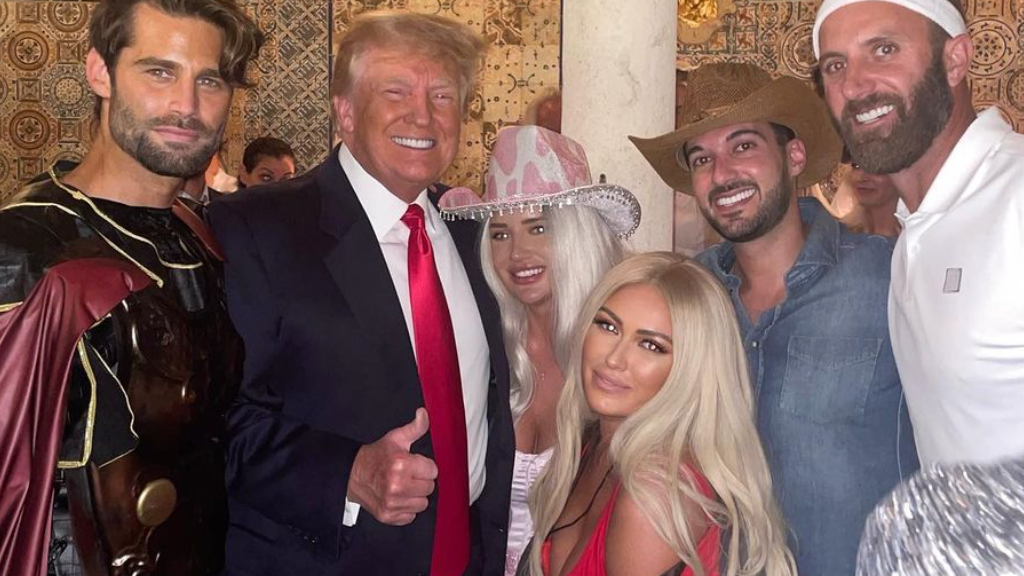 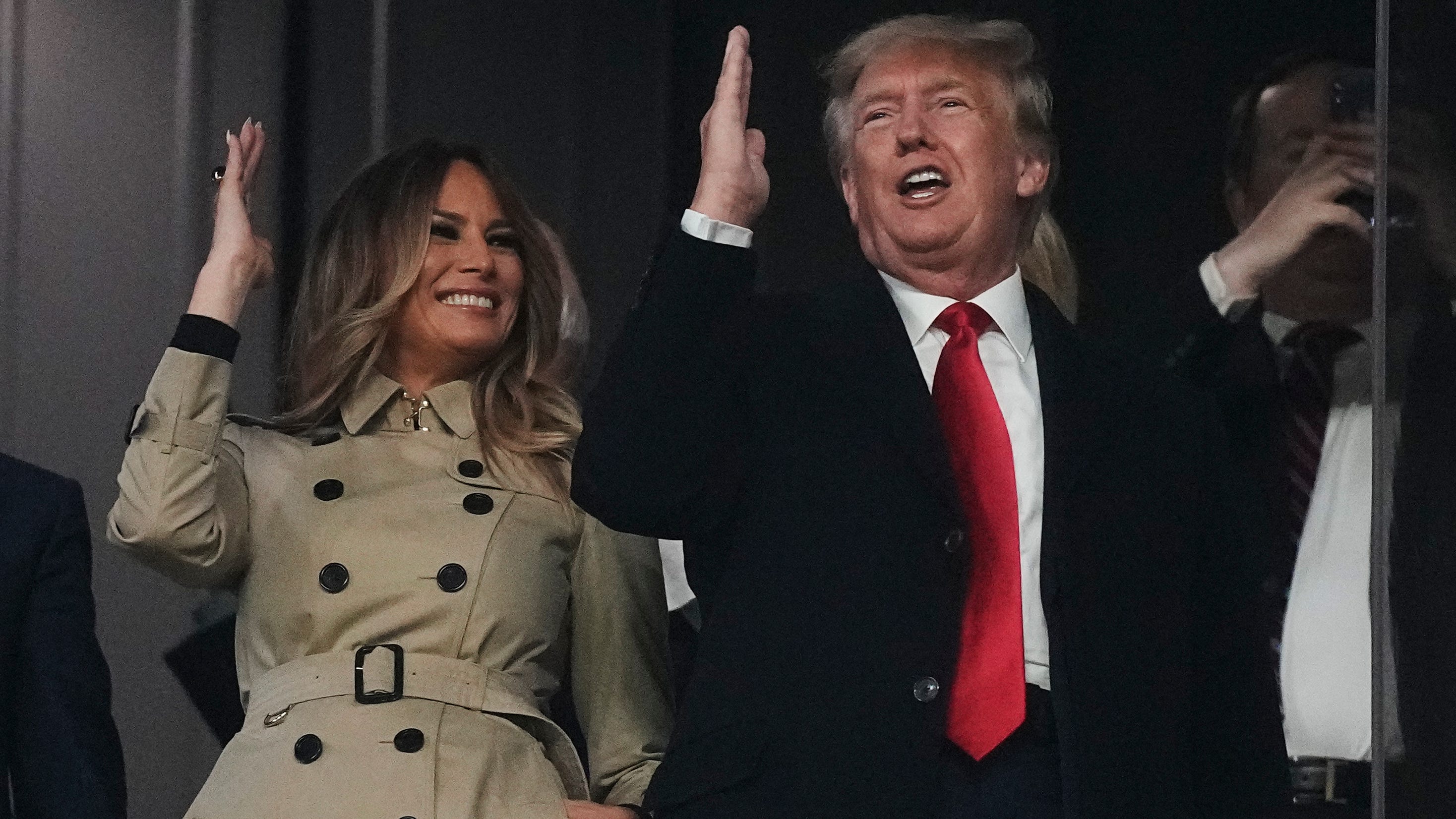 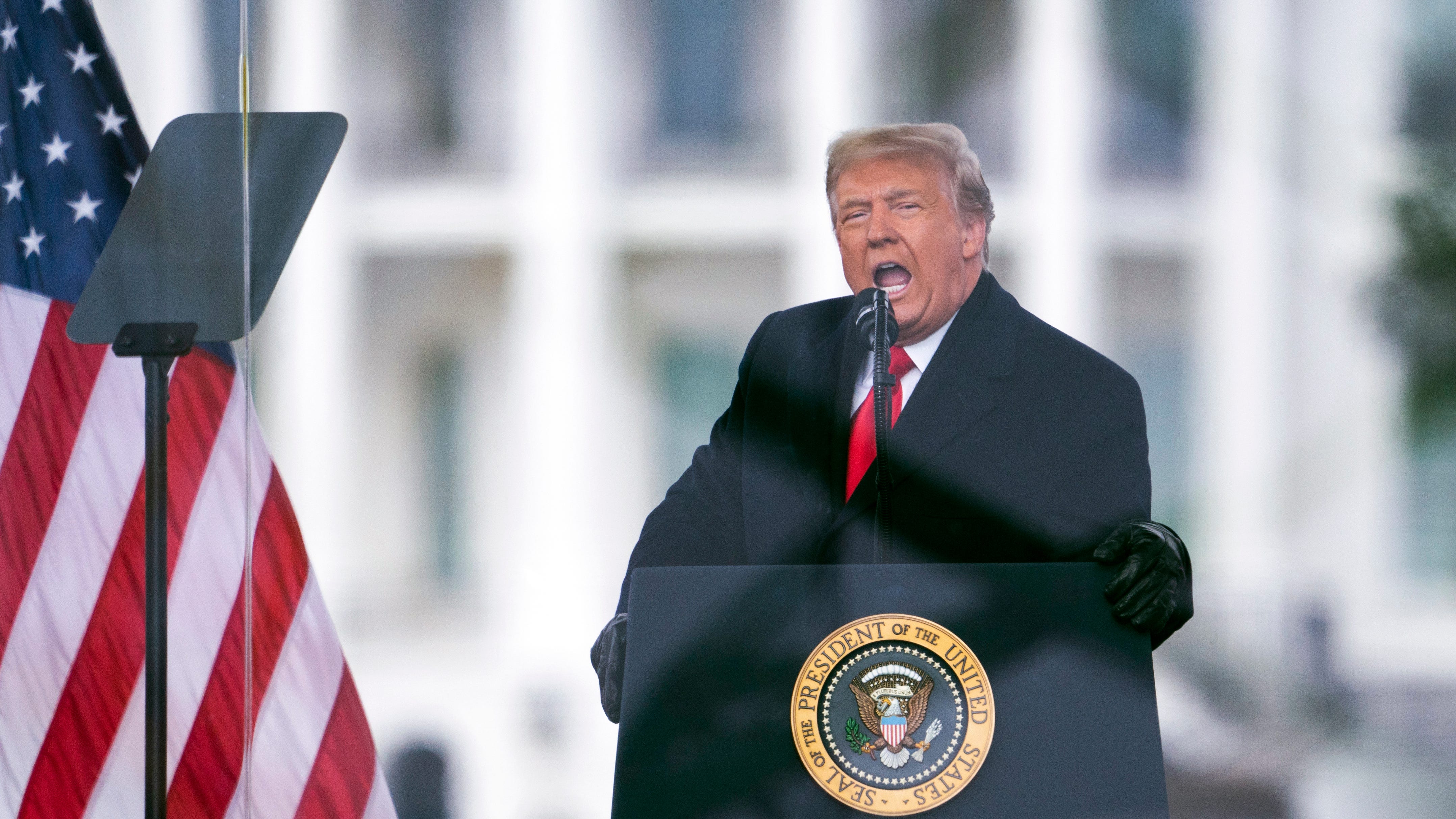