NEW YORK (1010 WINS) -- Twitter has blocked the phrase "hang Mike Pence" after the term began trending following the deadly siege on the U.S. Capitol by Trump supporters, some of whom chanted "hang Mike Pence" and set up a noose on a makeshift gallow, in a nod to their anger of his inaction to overturn the election results. 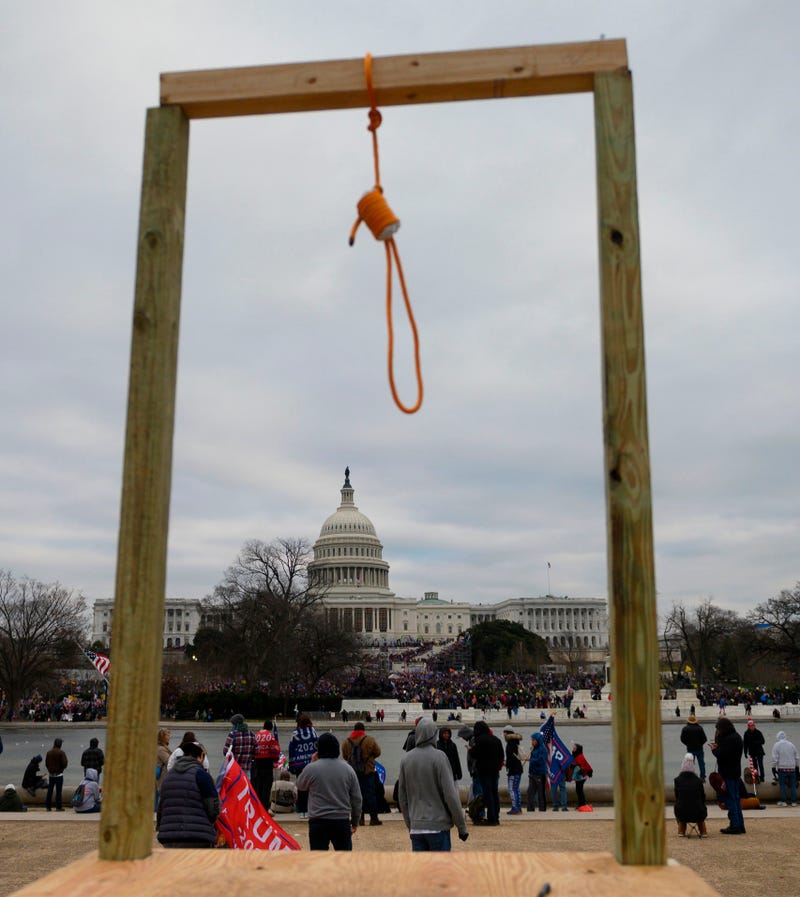 A noose is seen on makeshift gallows as supporters of US President Donald Trump gather on the West side of the US Capitol in Washington DC on January 6, 2021. Photo credit ANDREW CABALLERO-REYNOLDS/AFP via Getty Images

When asked about the threats to the vice president's life, White House spokesman Judd Deere told The New York Times, "We strongly condemn all calls to violence, including those against any member of this administration." 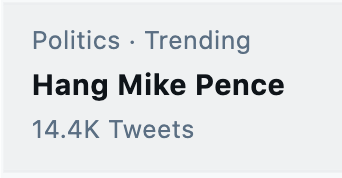 As for Twitter blocking the hashtag, a spokesperson said, "We blocked the phrase and other variations of it from trending. We want trends to promote healthy discussions on Twitter. This means that at times, we may prevent certain content from trending. As per our Help Center, there are Rules for trends — if we identify accounts that violate these rules, we'll take enforcement action." 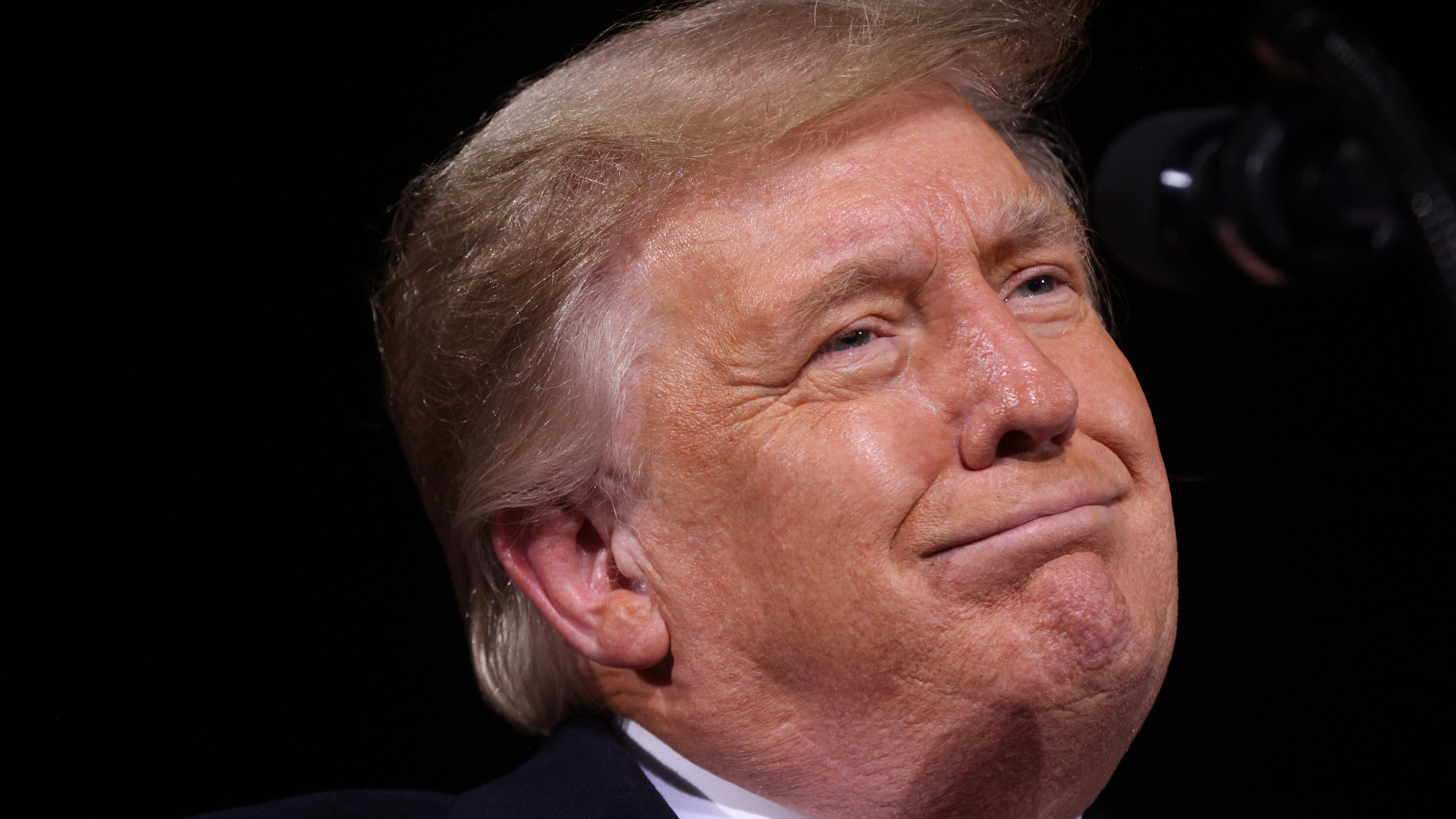 Reps. send letter to Pence asking him to invoke 25th Amendment to remove Trump from office 'for the sake of our democracy' 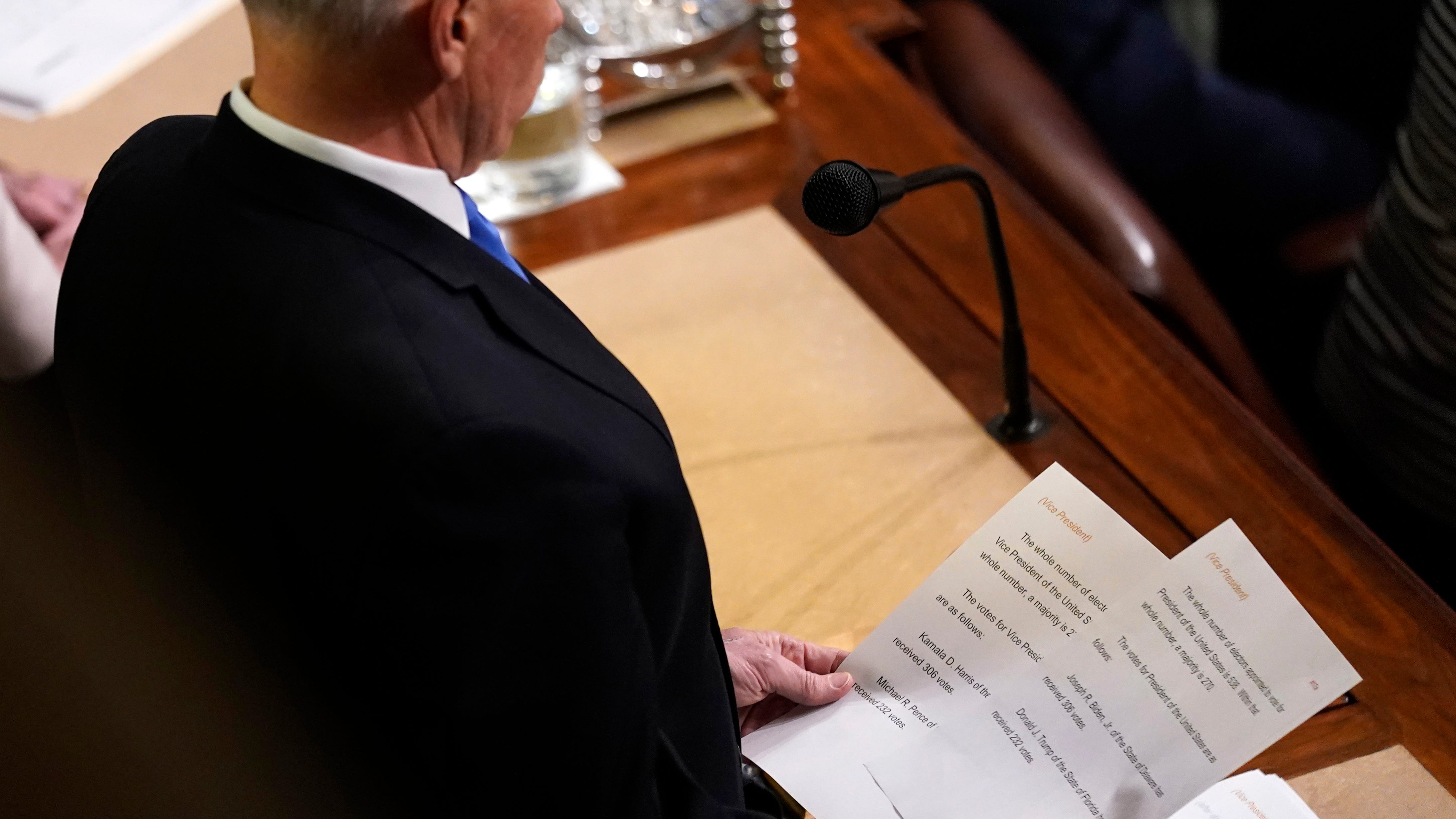