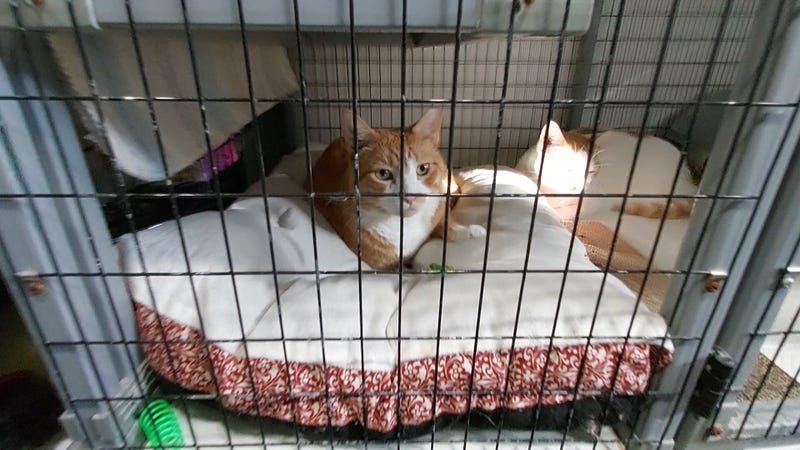 NEW YORK (1010 WINS) So many cats, so little space (and dogs, rabbits, guinea pigs and even rescued lab rats, too). That’s the ongoing dilemma for animal rescuers across the New York Metro area, no matter the size of the group.

Among the smaller, grassroots organizations is the Queens-based Puppy Kitty New York City which incorporated as a 501(c)(3) in 2018, hit the ground running, is taking in 1,000 animals each year, and is currently raising $20,000 to make much needed repairs to their Middle Village shelter.

“We came to be from the need of animals, especially cats on the street,” President and Director Meagan Licari told AllForAnimalsTV.com, adding that the organization continues to evolve to meet that need. “The problems keep coming and we keep trying to help.”

They receive alerts from members of the public through their large social media following, as well as through their network of animal loving supporters. The rescues are mostly lost or abandoned house pets, many of whom have injuries that require medical attention as well as a foster homes where they can recuperate.

In October of 2021, PKNYC opened a brick-and-mortar shelter space on 74th street in Middle Village which houses a mix of caged and free-roaming cats along with a separate room for other small animals (including rescued lab rats!). It’s a fixer-upper, however, with the ceiling and other areas in serious need of renovation.

“We want the cats to be comfortable. We don’t rescue them off the street to put them in danger. Their safety and their comfort are our priority,” says Licari.

The fundraiser will also go toward spiffing up the space as an adoption center where members of the public can come and see the available animals.

Help PKNYC by making a donation, adopting or fostering. Visit puppykittynyc.org or follow them on Instagram: @puppykittynycity.