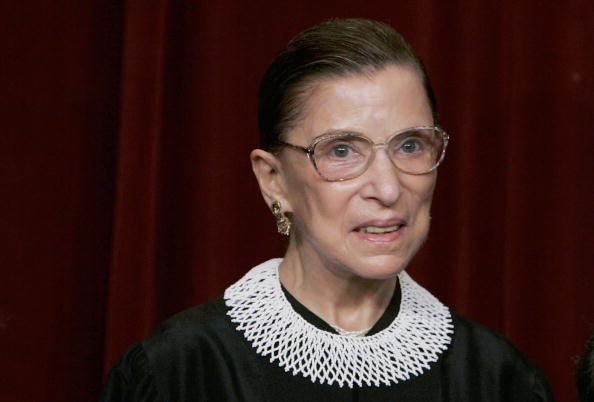 The 17-story building at 15 Washington Street in Newark formerly housed the law school and is now a residence hall, houses 330 undergraduate, graduate and law students.

It also serves as the home to Rutgers-Newark's chancellor.

The Rutgers Board of Governors unanimously approved the naming of Ruth Bader Ginsburg Hall on Thursday.

“When I think of Ruth Bader Ginsburg, I hope future generations will understand her perseverance, her clear-eyed pursuit of justice and equity, and her care for those people who are often seen as voiceless or without history,” Rutgers president Jonathan Holloway said in a statement.

The iconic attorney and Supreme Court justice passed away last September at 87, taught at Rutgers Law from 1963 to 1972.

Ginsburg's daughter Jane, a law professor at Columbia Law School, noted that Rutgers was one of the few places that would hire a woman to teach law in the 1960s and said her family is honored by the naming.

“Rutgers was one of the very few U.S. law schools willing in the 1960s to hire women, or minorities,” Ginsburg, said in statement released by Rutgers. “It is particularly appropriate that the university that gave Mother her start in law teaching would commemorate that association in such a tangible way.”