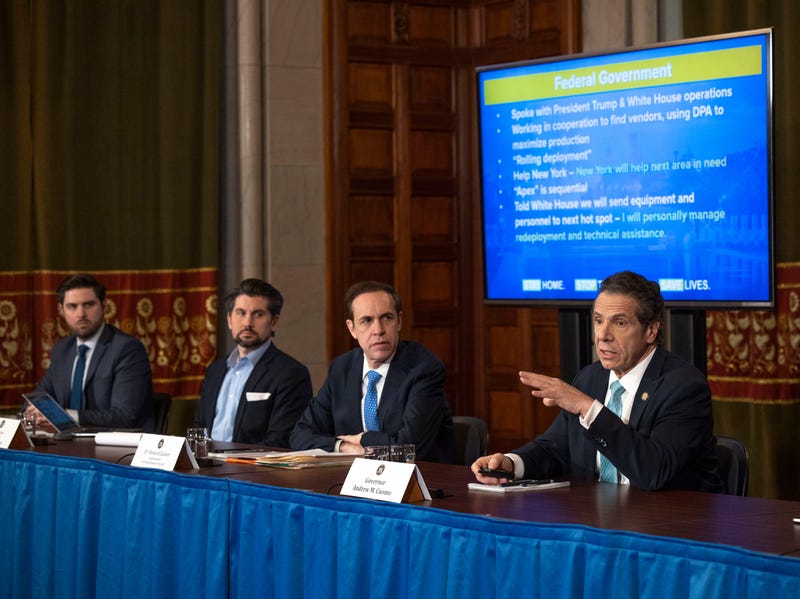 NEW YORK (1010 WINS) – Fourteen Democratic senators on Friday called for Gov. Andrew Cuomo’s emergency powers, granted at the start of the pandemic, to be rescinded amid a firestorm over comments his top aide made about the state's reporting of data on coronavirus nursing home deaths.

Last March, lawmakers passed legislation to expand the governor’s executive power, allowing him to bypass the normal legislative process to create and suspend laws on his own in response to the accelerating pandemic.

“Without exception, the New York State Constitution calls for the Legislature to govern as a co-equal branch of government,” the senators said in their statement Friday.

“While COVID-19 has tested the limits of our people and state –– and, early during the pandemic, required the government to restructure decision making to render rapid, necessary public health judgments –– it is clear that the expanded emergency powers granted to the Governor are no longer appropriate,” the senators said.

“While the executive's authority to issue directives is due to expire on April 30, we urge the Senate to advance and adopt a repeal as expeditiously as possible,” the senators concluded.

The statement came the same day it was revealed that Gov. Andrew Cuomo's top aide, Melissa DeRosa, told Democratic lawmakers that Cuomo’s administration took months to release data on the coronavirus death toll among nursing home residents because officials “froze” over worries the information was “going to be used against us” by former President Donald Trump’s Justice Department.

Democratic senators didn’t mention that in their statement, but DeRosa’s remarks led Republicans to call for state and federal investigations and even Cuomo’s ouster. Many Republicans had already been calling for the governor to be stripped of his emergency powers. 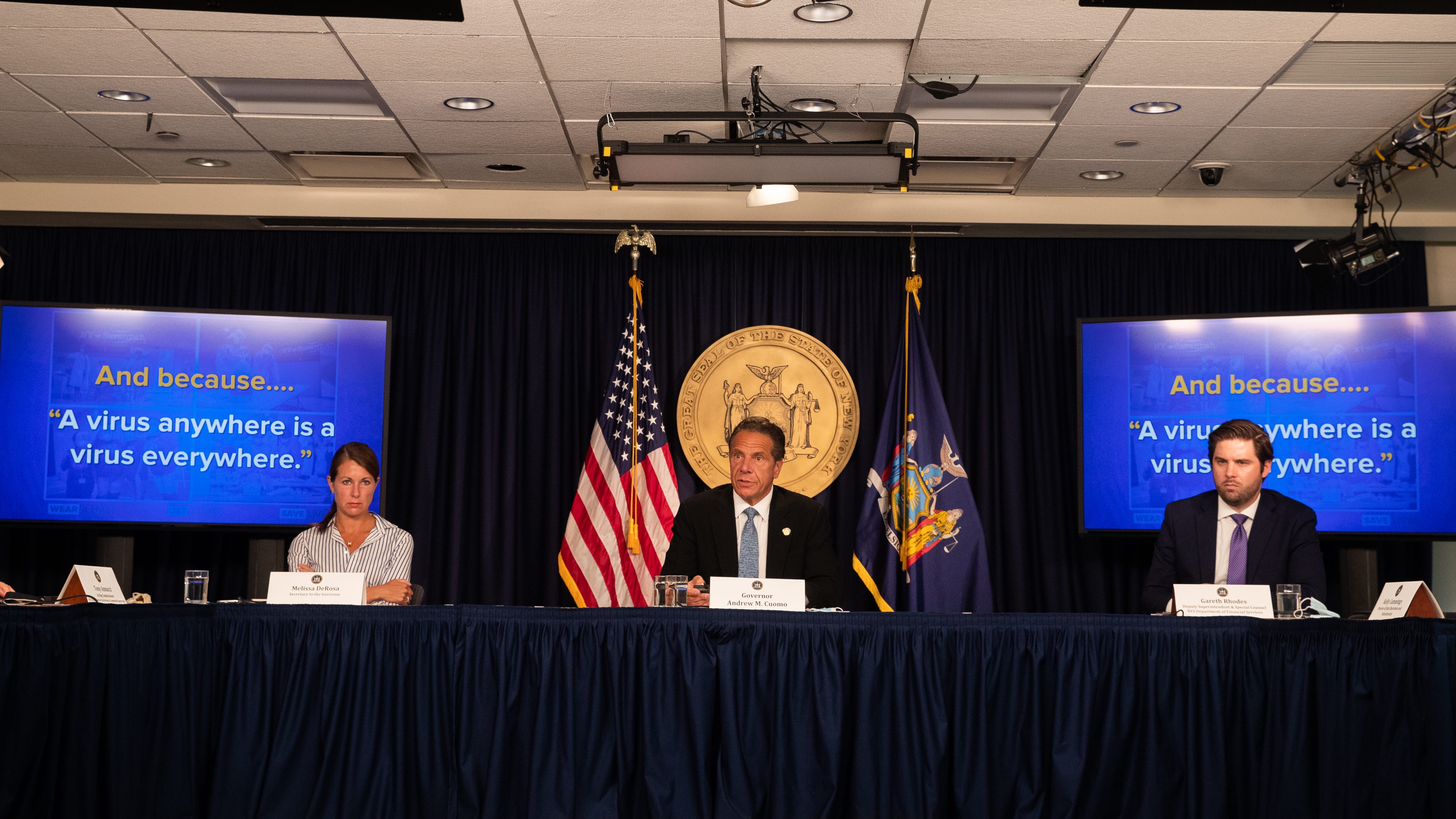 Top Cuomo aide: 'We froze' on releasing nursing home death data over fears it was 'going to be used against us'