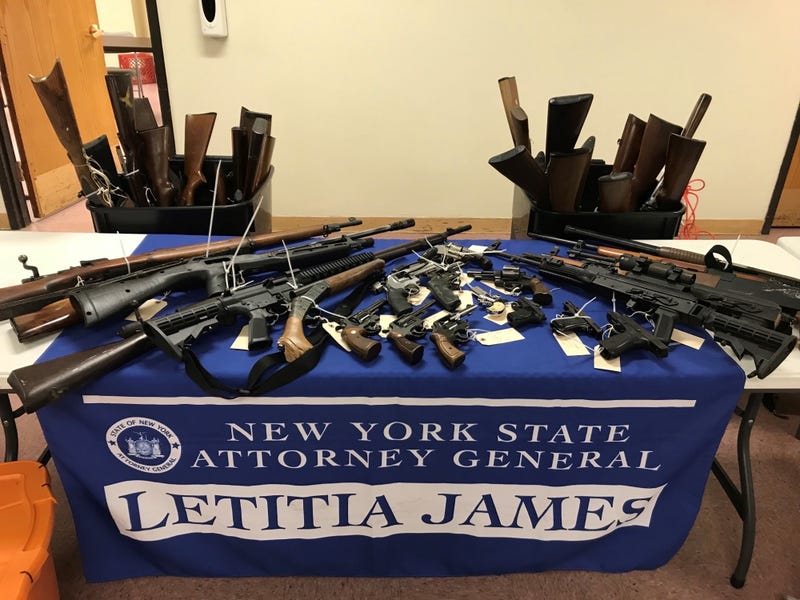 NEW YORK (WCBS 880) – New York Attorney General Letitia James on Saturday announced that 56 firearms were turned in to law enforcement at a gun buyback event hosted by her office and the Poughkeepsie Police Department.

The Office of the Attorney General accepts working and non-working, unloaded firearms in exchange for compensation on site, with no questions asked.

There were 56 firearms including 15 handguns, 33 shotguns and rifles, six assault rifles, and two non-working guns collected at the gun buyback.

The event marks the OAG's last gun buyback this year and is a part of Attorney General James’ initiative to vigorously combat gun violence and protect New Yorkers throughout the state.

In 2021, Attorney General James recovered nearly 2,100 guns from 18 buyback events and other measures that were held throughout the entire state.