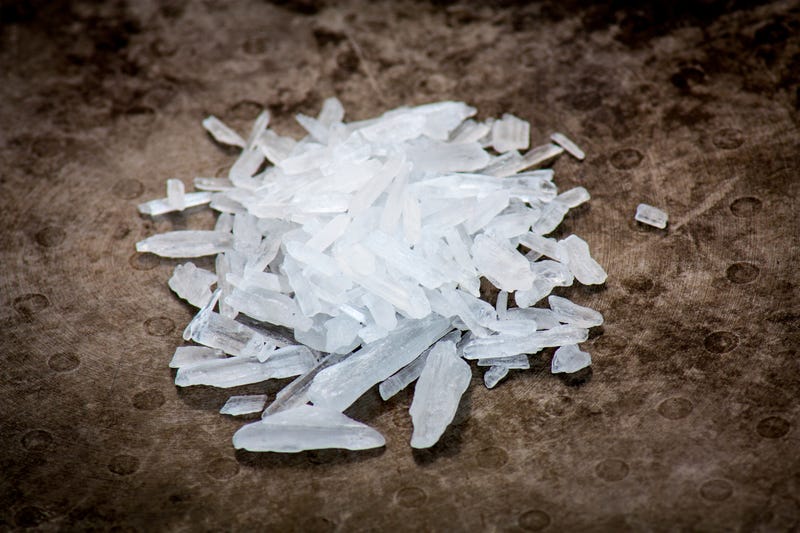 Cicero is accused of brokering large narcotics sales over prisons calls with an inmate who was at the time in New York custody. The activity happened from around 2017 through 2020. Photo credit Getty Images
By WCBS 880 Newsroom

NEW YORK (WCBS 880) -- An ex-NYPD officer has pleaded guilty to distributing large amount of methamphetamine and a date rape drug, and now faces up to 40 years in prison.

According to the indictment, John Cicero and co-conspirators stockpiled and sold liters of gamma-butyrolactone (GBL), a date rape drug, and kilos of methamphetamine in apartments, hotels rooms and storage units in Midtown Manhattan and Bronxville, in Westchester County.

Cicero is accused of brokering large narcotics sales over prisons calls with an inmate who was at the time in New York custody. The activity happened from around 2017 through 2020.

Cicero was arrested in February 2020 in a Wall Street hotel, in a room he rented under a fake name, according to the U.S. Attorney’s Office.

The 39-year-old Bronxville resident pleaded guilty, saying that he was an organizer and leader of the activity, beginning years after he left the NYPD.

“As he admitted today, over several years, Cicero was a leader of a drug trafficking ring, and he was personally responsible for moving over three kilograms of methamphetamine and 750 liters of GBL, and importing narcotics from overseas,” said U.S. Attorney Damian Williams. “Thanks to the dedication of our partners at the FBI, Cicero now awaits sentencing for his dangerous conduct.”

Cicero is now scheduled to be sentenced in February 2022 after pleading guilty on a county of conspiring to distribute 50 grams of methamphethamine and GBL, which has a mandatory minimum of five years and a maximum of 40 years in prison.

Cicero also pleaded guilty to misdemeanor assault for beating a handcuffed man in the Bronx back in 2010 while in the NYPD. He received a sentence of hundreds of hours of community service, according to the Daily News.

The Daily News also reported in July that Cicero was attacked while in a Westchester County jail.