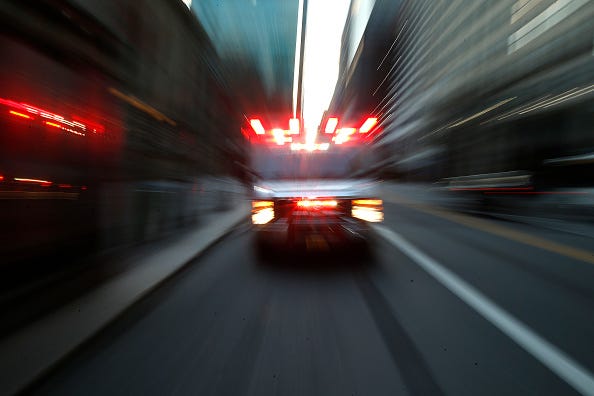 NEW YORK (1010 WINS) -- A man was killed and his brother injured when a gender-reveal device they were building exploded over the weekend in upstate New York, officials said.

State police responded to a report of an explosion in Sullivan County just before noon on Sunday.

An investigation revealed that 28-year-old Christopher Pekny was building a device that was to be used at a child's gender reveal party.

Pekny, who was the father-to-be, was killed when the device exploded, state police confirmed.

His brother, 27-year-old Michael Pekny, was taken to Garnet Medical Center in Middletown.