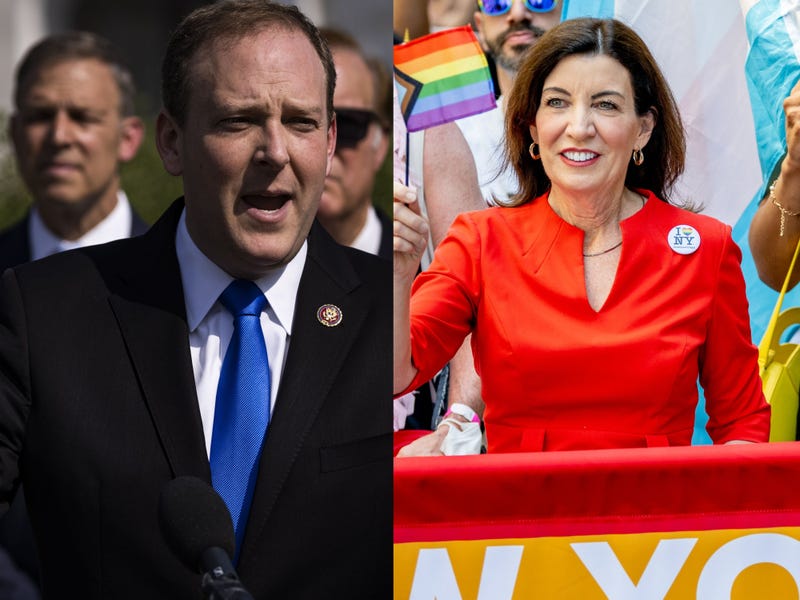 Zeldin, who was endorsed last week by former vice president Mike Pence has represented the eastern two-thirds of Suffolk County in Congress since 2015. He was an ally of former President Donald Trump and was among the Republicans in Congress who voted against certifying the 2020 election results. 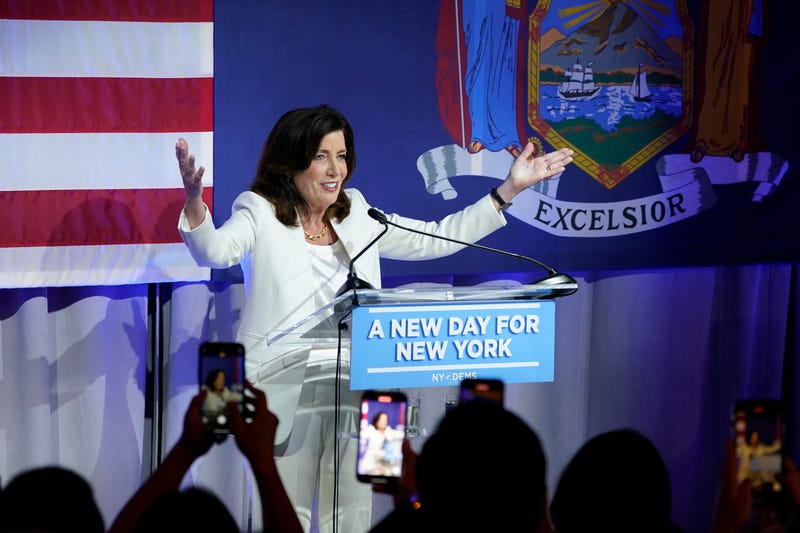 In a nod to the barrier-breaking campaign, Hochul gave an election night speech Tuesday on a stage underneath a glass ceiling at an event space in Manhattan.

Hochul enters the general election campaign with a big advantage, running as the incumbent with a heavy fundraising advantage in a state that has more than twice as many registered Democrats than Republicans and has not had a GOP governor in 16 years.

“Are we ready to fire Kathy Hochul?” Zeldin said to cheers as he spoke at a victory party on Long Island.

Zeldin, an Army Reserve lieutenant colonel who has represented eastern Long Island in Congress since 2015, will try to become the first Republican elected governor in New York since Gov. George Pataki was reelected in 2002.

“This November, in the state of New York, one-party rule will end,” he said. “Kathy Hochul will get fired. We will restore balance and common sense to Albany again.”

Hochul’s prospects are expected to be even stronger this fall after the U.S. Supreme Court last week overturned the Roe v. Wade decision establishing abortion rights. She has made bolstering abortion rights a key plank of her campaign. 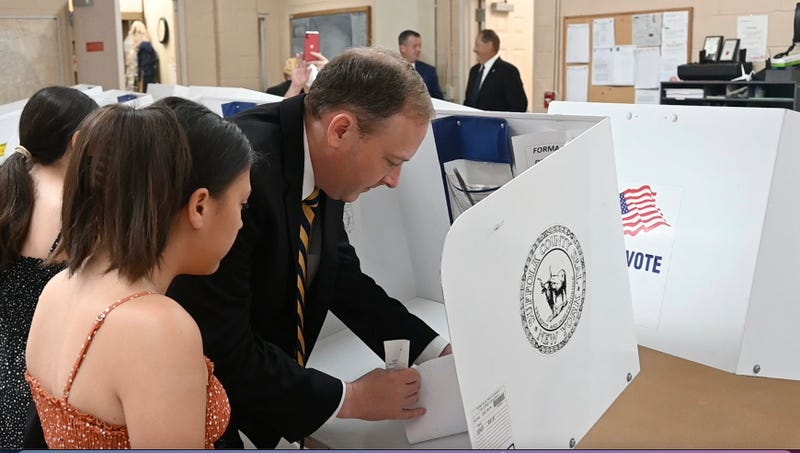 Hochul repeated that in her Tuesday night speech, proclaiming that the state had “gone on offense to protect abortion rights” and “making the world know that New York State is a safe harbor for America’s women.”

Since taking office in August, Hochul has sought to step out from Cuomo’s shadow, promising a clean break from his administration. She has said she was not close to the former governor, who has denied wrongdoing, and was not around to witness any alleged misbehavior.

Zeldin has focused his campaign on rising crime and criticized Hochul for not toughening the state’s bail laws, for imposing COVID-19 mitigation mandates and for rising costs. And despite Hochul seeking to project a fresh start from Cuomo, Zeldin has referred repeatedly to the “Cuomo-Hochul Administration.”

“New Yorkers are hitting their breaking point. They’re deciding whether or not to stay here or head to other places,” he said.

He will have to persuade the state’s independent voters, which outnumber Republicans, along with Democrats in order to win the general election. Democrats are expected to focus on Zeldin’s vocal defense of Trump during both of his impeachments and objection to the election results. Hochul is also likely to focus on Zeldin’s statements praising the U.S. Supreme Court ruling overturning Roe v. Wade and his comment that, as governor, he would appoint an anti-abortion state health commissioner.

“We must answer one question,” she said Tuesday night. “Are we going to move New York forward, or let the far-right extremist drag our state backwards?”

Hochul focused her campaign on steps she took to bolster abortion rights and moves to toughen the state’s gun laws after a racist mass shooting in Buffalo. 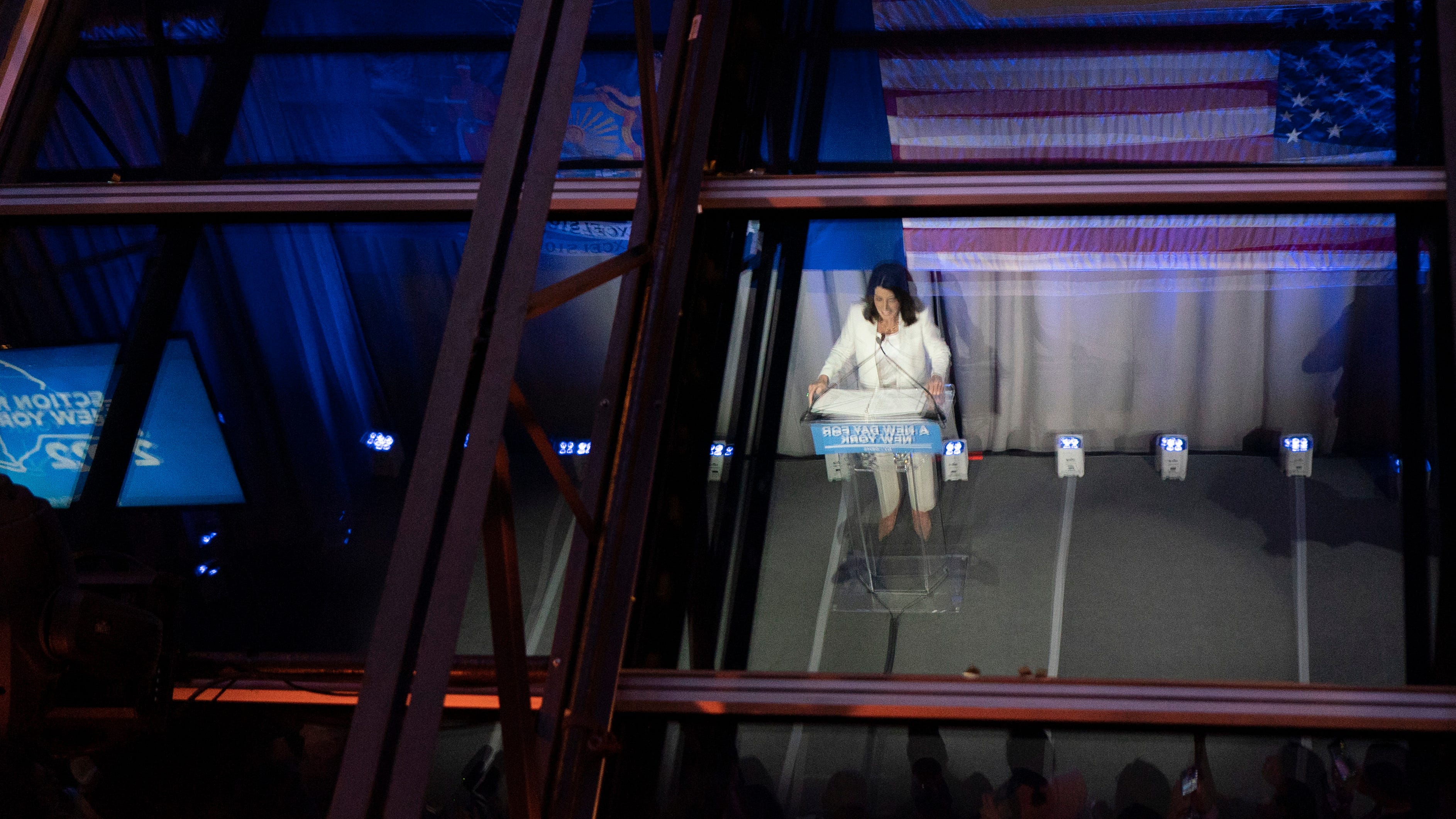 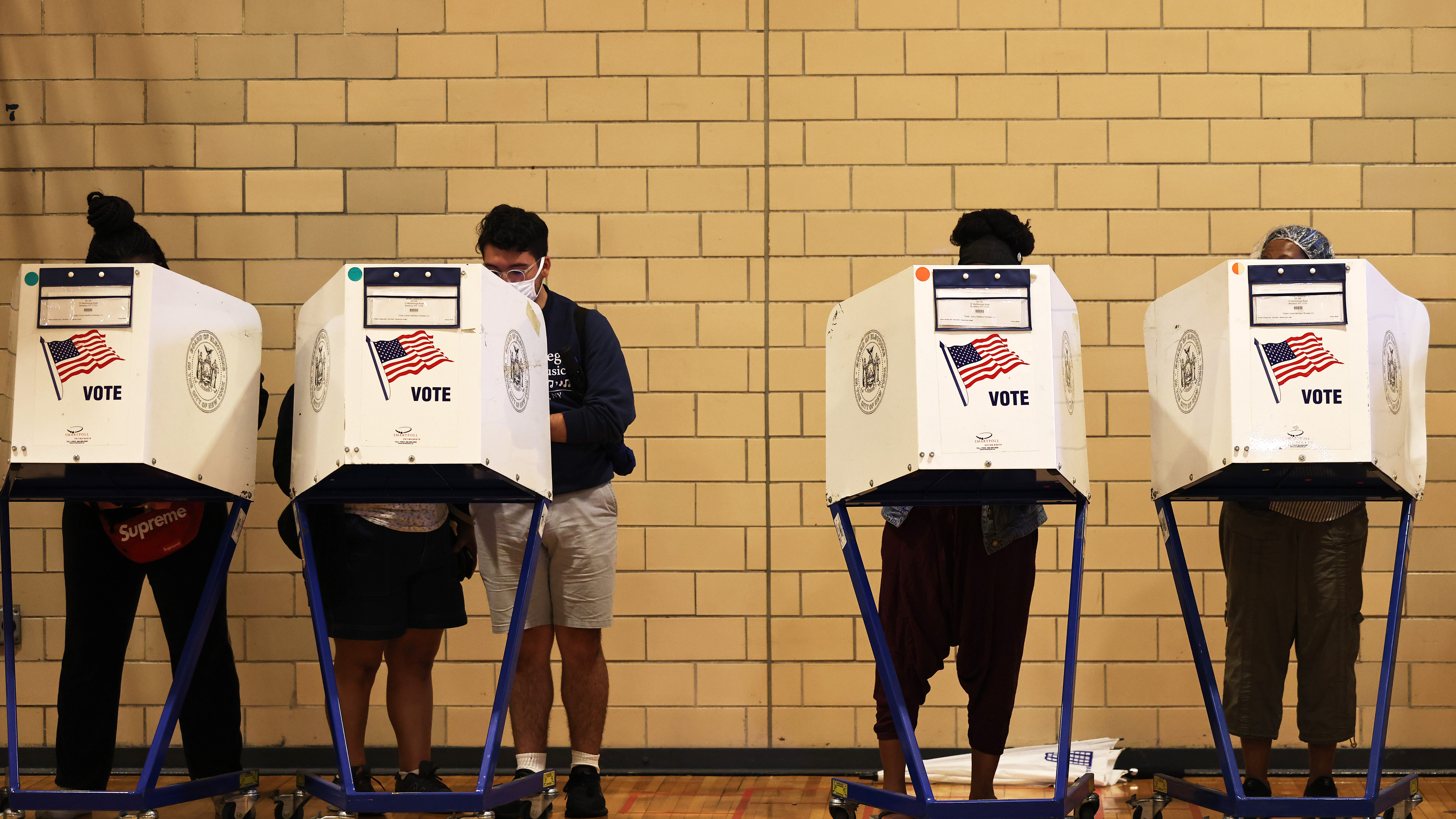 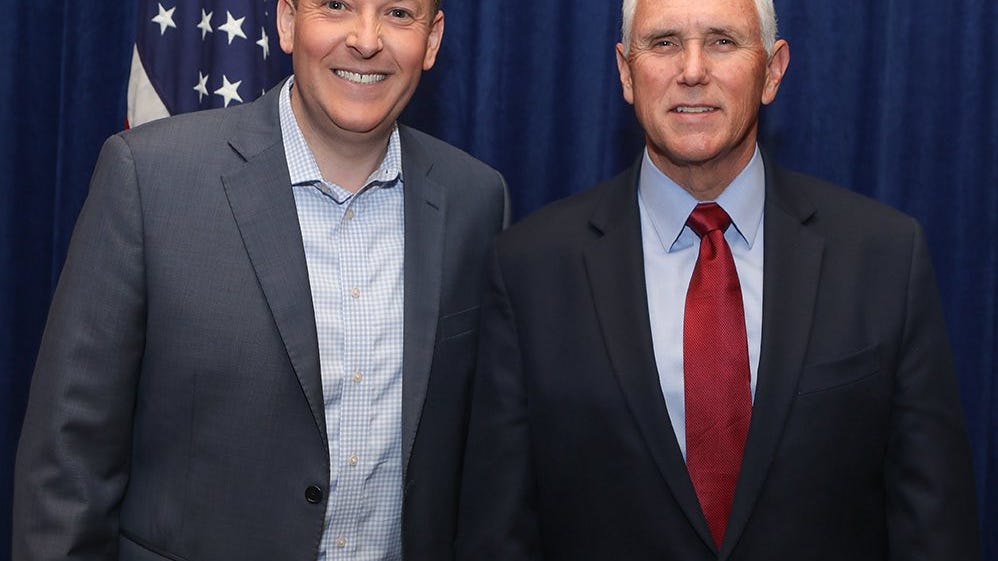 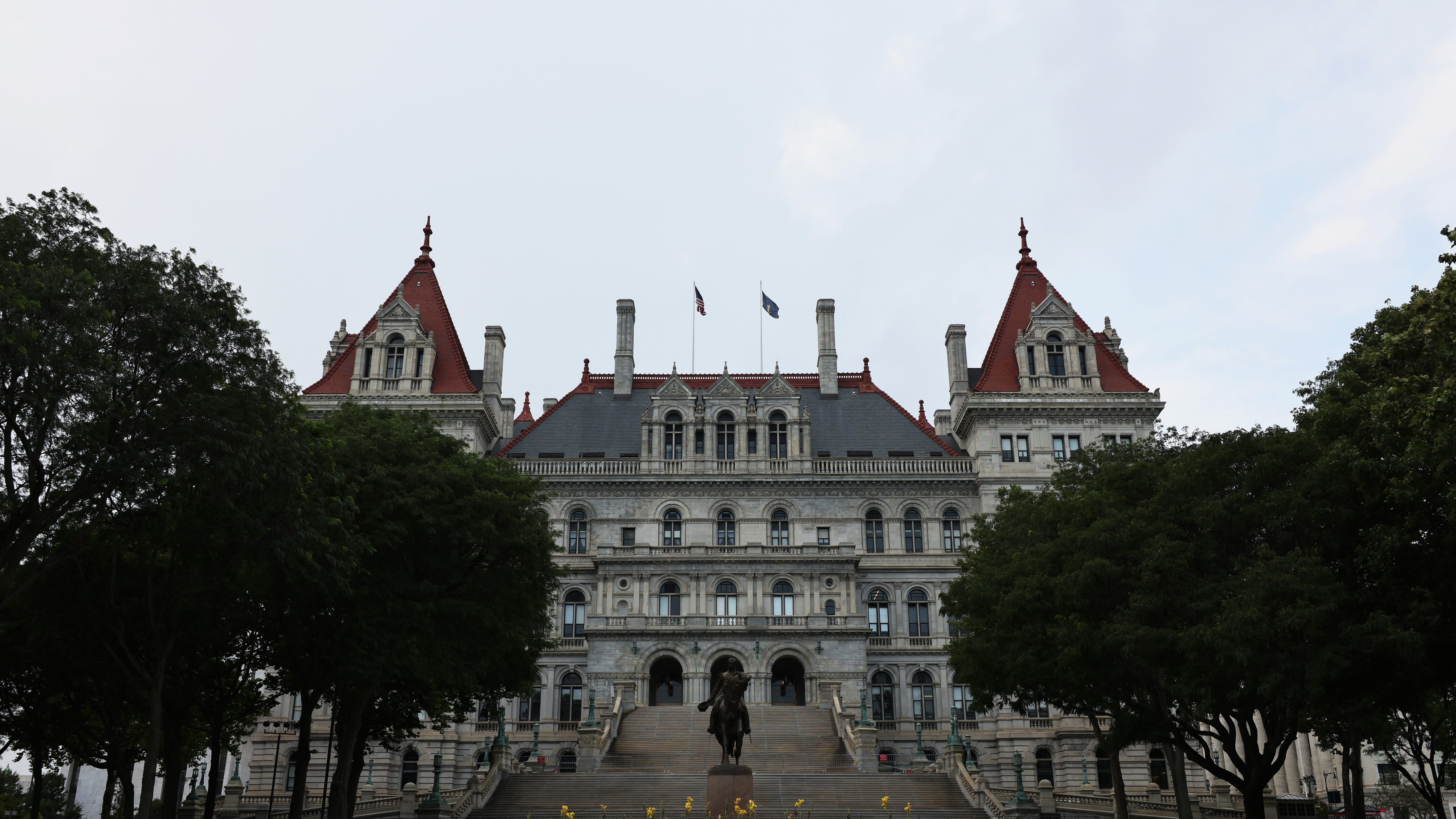