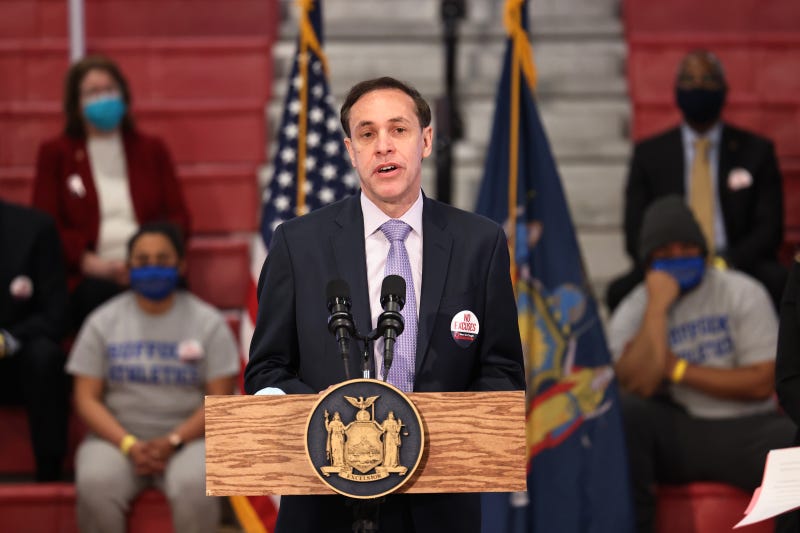 Zucker, who was appointed to his position by former Gov. Andrew Cuomo in 2015, will remain in the role until the position is filled, Hochul announced at a news briefing Thursday morning.

Hochul didn't immediately say who she planned to appoint as Zucker's replacement.

“Dr. Zucker has submitted his resignation, our Commissioner of Health. I agree with his decision,” she said. “He has been a dedicated public servant for over seven and a half years.”

“He worked hard through the pandemic, and I want to thank him for his service on behalf of the people of this state,” she added.

The commissioner, who appeared alongside Cuomo at many of his pandemic briefings, previously came under fire for his role in the former governor's handling of COVID-19 in nursing homes across the state.

While Hochul didn't address Zucker's connection to Cuomo or mention her predecessor at the briefing, she noted that the commissioner "understands that in this time I’ve wanted to take the first 45 days to assemble