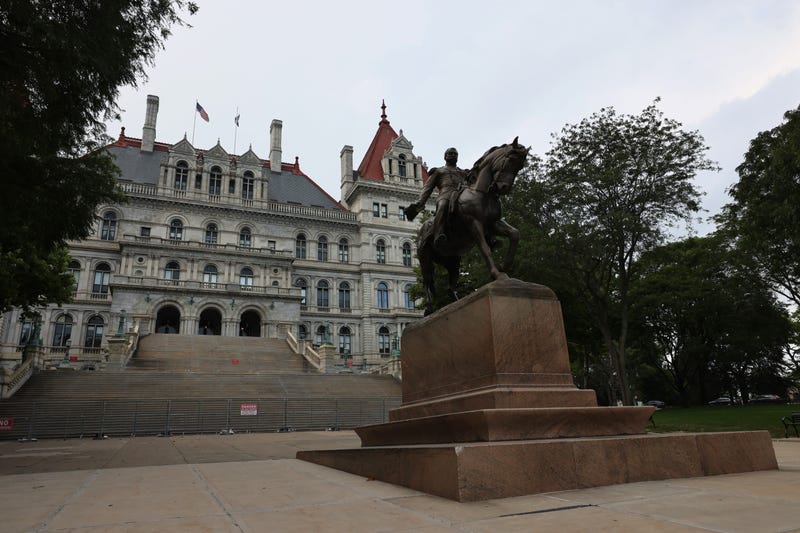 NEW YORK (1010 WINS) — After vying for pandemic aid from the federal government, New York state has reportedly spent hardly any of the money allocated from the Biden administration's American Rescue Plan.

Bloomberg reports New York has spent just $378.8 million rather than the allocated $12.7 billion of state aid and $774 million aid to smaller portions of government.

Under Gov. Kathy Hochul's leadership, the state reported Tuesday it has only shared some of the funds to give small local governments.

Data complied by Bloomberg shows New York, like other states, has been slow to spend the billions of funding that the $350 billion American Rescue Plan provided to states and cities.

About a dozen states have reportedly not spent any of the funding yet — with states seeing state tax revenues "bouncing back" from the pandemic — as well as "reduced budget shortfalls" and "leaving surpluses."

New York's revenue has surpassed state budget expectations, allowing the budget department to focus on projects to help renters, small businesses and others still reeling by the economic effects of the pandemic.

“New York State is in the process of reviewing the FY 2022 Enacted Budget to select the most appropriate projects for development using [State and Local Fiscal Recovery Funds] to best support its communities, populations, and individuals and help state residents and businesses recover as quickly as possible from the economic dislocation caused by COVID-19,” the state report said.

The report shared Hochul's vision to help New Yorkers in need amid her calls to extend the state's eviction moratorium — which will be debated Wednesday.

“We’re not going to allow people, to no fault of their own, face eviction,” Hochul said Tuesday.

With states starting to report to the U.S. Treasury how the pandemic funds are being spent, Bloomberg notes funding from the ARP must be committed to use by cities and states by 2024 and spent by 2026.