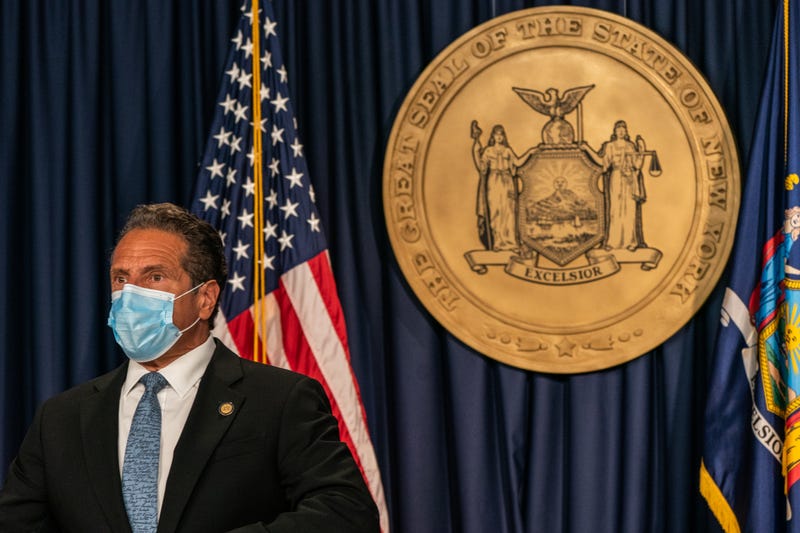 Total hospitalizations are at 986.

“The positivity rate in the red zones, microclusters — because they’re not just red, they’re red, orange and yellow — was 3.2 percent,” he said. “That is very low, comparatively.”

As of Wednesday evening, 986 people in the state were hospitalized with COVID19, 166 of whom were newly admitted. Of the 986 people hospitalized, 209 were in intensive care units and 106 were on ventilators, he said.

On Wednesday, New York state readjusted the boundaries of its microclusters in Queens and Brooklyn.

Cuomo on Thursday said the microclusters would continue to “come and go” throughout the fall, as they “can literally be generated by a couple of events that violated rules.”

“We might all be feeling COVID fatigue, but we cannot afford to go backwards,” he said. “We must all keep washing our hands, wearing our masks and remaining socially distant to protect the progress we’ve made in New York.”

Breakdowns of infection rates by microclusters, region and New York City borough are below: 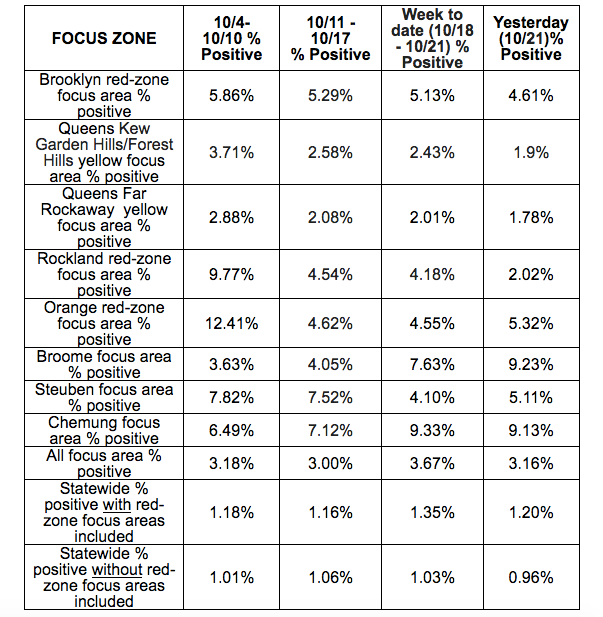