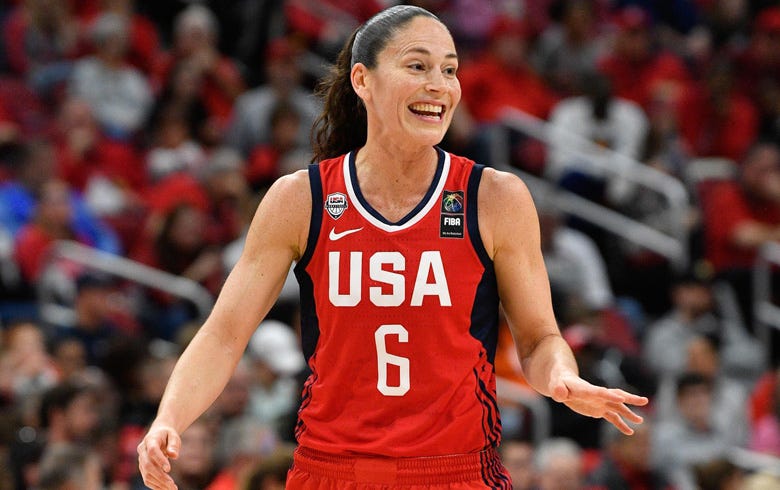 NEW YORK (1010 WINS) — A native Long Islander will be one of the U.S. flag bearers at the opening ceremony of the Tokyo Olympics on Friday.

Sue Bird, a four-time Olympic women's basketball gold medalist who grew up in Syosset, and baseball player Eddy Alvarez will lead the U.S. team out of the tunnel at Olympic Stadium.

The 40-year-old Bird will become the second U.S. women's basketball player to carry the flag. Current coach Dawn Staley did it at the 2004 games.

“It’s an incredible honor to be selected the flag bearer for Team USA,” Bird said. “I know what that means, because I got to witness Dawn Staley go through it when she was selected in 2004. It’s an honor that is bigger than the moment in that you’ve been selected by your fellow Team USA athletes to represent the entire delegation, and it will last forever.”

An honor unlike any other.@eddyalvarez90 and @S10Bird have been selected as #TeamUSA’s flag bearers for the #TokyoOlympics Opening Ceremony. 🇺🇸 pic.twitter.com/w7VFMYANft

Alvarez, who made his major league debut with the Miami Marlins last year and won a silver medal in speedskating at the 2014 Sochi Olympics, is the first baseball player to carry the flag for the U.S.

“It is an honor and a privilege to be named as one of the flag bearers by my fellow Team USA athletes for the Opening Ceremony,” said Alvarez. “Being a first-generation Cuban-American, my story represents the American Dream. My family has sacrificed so much for me to have the opportunity to wave this flag proudly. I am grateful for my time with US Speedskating and USA Baseball, as well as for all of my teammates, and I am humbled to lead Team USA into the Tokyo Olympic Games.”

According to Team USA, Bird and Alvarez are the first duo to share the honor of leading the delegation into the Opening Ceremony after the International Olympic Committee announced it would allow participating countries to appoint two flag bearers — one male and one female.