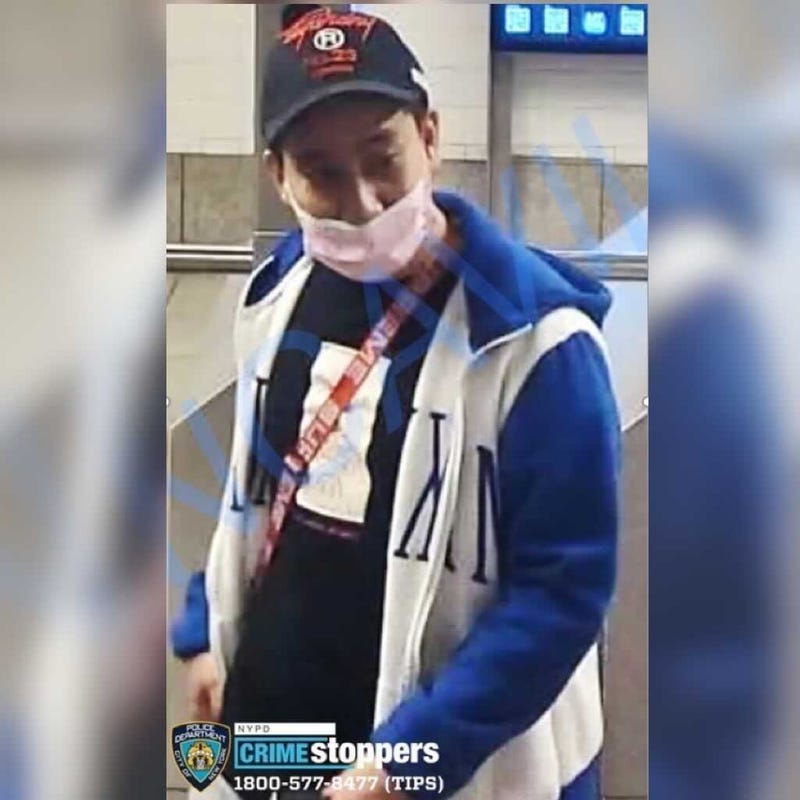 NEW YORK (1010 WINS) -- Officials early Monday released a surveillance image of a person they are looking to identify after a teen girl was forcibly touched at a Queens subway station on Sunday evening.

At approximately 5:15 p.m. on May 2, 2021, a 14-year-old girl was entering the turnstile for the southbound G/R line at the Woodhaven Boulevard station in Elmhurst, when an unknown man grabbed her buttocks, police said.

The suspect fled toward the direction of the G/R line platform.

The victim was not injured, authorities said.

The suspect is described as a man, approximately 5'4" tall, weighing 140 pounds, with a medium build, light complexion and black hair.

He was last seen wearing a black baseball hat, a light colored face mask, a blue and white hooded sweatshirt and a black shirt.

Anyone with information in regard to the identity of this individual is asked to call the NYPD's Crime Stoppers Hotline at 1-800-577-TIPS (8477).